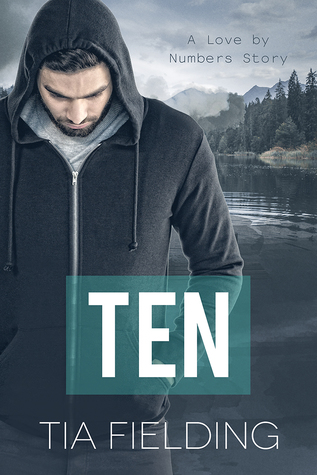 That’s what Makai lost for a crime he didn’t commit. He’s been exonerated, but the abuse he suffered in prison isn’t so easy to leave behind. He heads to the one place he remembers being happy: Acker, Wisconsin, where he spent summers with his grandpa. Unfortunately, not everyone wants Makai there.

That’s how long Emil, now twenty-one, was held prisoner as a teenager. The mental and physical injuries he suffered at the hands of a drug trafficking ring still haunt him.

Nightmares, anxiety, and PTSD challenge the connection forming between Makai and Emil, though together, they might find a way to move beyond their pain and into a future—and a relationship—that both had thought impossible.

Now they just have to convince Emil’s father, the town sheriff. It won’t be easy with danger closer than they know….

This is a gorgeous hurt/comfort story, set in a small town in Wisconsin.

CW: physical and emotional abuse in the past, some of which is described in this book.

Makai, having been sentenced to twenty years in prison for a crime he didn't commit, has been recently exonerated after spending ten years behind bars. He has suffered brutal abuse while incarcerated and just wants to move on with his life, starting over in the one place that has felt like home to him.

Required to check in with the local sheriff and realizing that the whole town knows of his arrival, he keeps his head down and does his best to move forward. He's damaged from his time in prison and under no illusion that there's anything really good out there for him to find. He's not as bitter about having lost ten years of his life as I would have expected him to be... in fact, he seemed numb to me. Broken. Sure, he got a settlement from the state, but obviously money doesn't buy back the time he's lost nor does it compensate for the horrific abuse he endured.

Emil is the sheriff's son and struggles with PTSD and anxiety attacks after having been abducted and held captive for 10 days when he was 17, during which time he was tortured and starved. He has trouble eating regularly and his fingers are severely messed up after having been broken during his captivity to the point where he requires specific kinds of braces so they don't spasm or hurt.

Makai and Emil meet through a mutual acquaintance (a sweet if precocious genderfluid child), but recognize the haunted looks in each other's eyes, realizing that they might have something in common. Slowly, they start to build a relationship, first as friends and then as love interest, as they help each other across the hurdles of their pasts. They talk, honestly and openly, and set limits that they each understand and respect.


I absolutely loved watching both Makai and Emil come to life again, stepping into the sunlight and becoming stronger with each passing day. It's obviously not all smooth sailing. PTSD isn't something easily conquered, and there are setbacks. Emil's father, the sheriff, also isn't initially too happy about his son spending time with Makai, but he eventually realizes that Emil is coming out of the cocoon.

The author did a fine job with the characterizations, and we're given fairly explicit descriptions of the trauma Makai and Emil experienced to draw an accurate picture. The characters are multi-dimensional, even if their anxiety and fear takes center stage for quite some time in this book; there is plenty of growth as they go about their daily activities, as mundane as they might be - all of this contributes to their healing, to their moving forward.

This was a wonderful story, and I don't regret a single minute spent within its pages. Even if neither Makai nor Emil are completely healed by the end of the book, there is a truly hopeful ending here - I have no doubt that with continued love and care for each other, they will make it. They're both good people who've been dealt shitty hands, but who persevere and become stronger together.