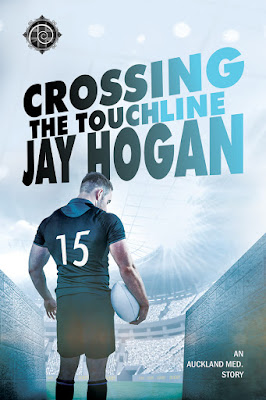 What if you’ve worked your whole life for a dream, to play rugby for the most successful sports team on the planet, the New Zealand All Blacks?

What if that dream is so close you can smell it?

What if you meet someone?

What if you fall in love?

What if your dream will cost the man who’s stolen your heart?

And what if the dream changes?

Reuben Taylor has a choice to make.

Cameron Wano is that choice.

He stared at me a moment, the beginning of a frown creasing his brows. Those grey-tipped eyes searched mine for something. Then he stepped in and without any hesitation pressed a firm kiss to my lips. The visceral heat that rolled through me at his touch caught me unprepared, and for a second, I didn’t respond, but when he grunted in disappointment and began to pull away, I chased his lips and moved with him, slipping my hand around his neck to hold him in place while simultaneously thanking the gods I’d left the porch light off so as not to wake Cory.

His body relaxed against mine, and he sighed against my mouth, parting his lips and allowing my tongue to slide alongside his and taste him again. It had been over a year since we touched this way, and I felt every second of that separation as I nipped and sucked and stroked at his mouth. Coffee, coconut, and something sweet swept over my tongue, and I couldn’t fucking get enough.

Slamming him back against the car, I kicked his legs apart to even our heights and angled his head for better access so I could keep plundering his mouth. He didn’t fight or try to wrest control, letting me take what I wanted. It was such a fucking turn-on. Running my hands over his chest as I worked his mouth, I realised just how muscled he was in comparison to me. You could fit two of my slender frames inside his arms, which only served to crank my shit further.

Looking how I did, and wearing what I did, most guys erroneously assumed me to be more passive, and likely a preferential bottom in bed. Not to say I didn’t enjoy being fucked and manhandled by the right guy—you wouldn’t find me complaining dick about that, but there was nothing better in my world than to have a big guy blathering, desperate, and begging me to let them come. Some of my best sex had come from being taken home by some wannabe alpha who’d picked me for a drooling bottom, only to find himself writhing under me with my dick up his arse by the end of the evening.

In both of my long-term relationships, it had become a problem. Guys had trouble with the discrepancy between how I looked and what I liked in bed. At the beginning they might profess to enjoy it, but eventually they got over it. Built, masc gays, more than others, seemed to need to prove themselves. Some even actively disliked us or were embarrassed by us. For others, a bit of fabulous at their side was okay, and could even prop up their masculinity, but having that same guy call the shots in the bedroom was another thing altogether.

So far Reuben hadn’t thrown up any of those warning signs. He was a big masc guy and exactly my type, but even the first time we’d met, he’d willingly let me take point, and now seemed no different. It was a rare combo, and one of the reasons I was so damned attracted to him.

I pulled off his mouth and nipped my way along his jaw and down his neck to the gentle curve where it joined his shoulder. There I bit down hard enough to leave a mark. He groaned and ran his hands down my sides and over my arse, pulling me close so I could feel his arousal against mine.

Returning to his lips, I took his mouth again while my fingers slid between us to grip his dick through his jeans. I gave it a couple of quick strokes to test its size. Nice.

He groaned against my mouth.

Cory. Shit. I pushed off Reuben and stepped back, sucking in a couple of deep breaths. How had I forgotten Reuben’s nephew barely two feet away? The man himself looked disoriented and thoroughly debauched. Hair roughed up, shirt untucked, lips swollen and smeared in lip gloss—melon lime, to be precise, and damn if that wasn’t tempting to go back in for another taste.

He shook his head as if to clear it, but kept his eyes glued to mine. Without moving, he tapped a finger on the back-door window. “Coming, kiddo.” His voice was thick with arousal.

“You wish,” I mouthed with a wink. Ugh, what was I doing?

He grinned, trailing a lazy appreciative gaze over me. My traitorous body lit up wherever those grey eyes landed, and my breath hitched. With supreme effort I schooled my expression to a wary neutrality and took another step back.

“That wasn’t smart of us, Reuben. I think you’d better get your nephew home.”

He climbed into the car, and I watched his tail lights disappear, knowing without a shadow of a doubt that I was in deep, deep trouble. 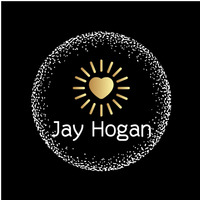 
She is a cat aficionado especially of Maine Coons, and an avid dog lover (but don’t tell the cat). She loves to cook- pretty damn good, loves to sing - pretty damn average, and as for loving full-time writing -absolutely… depending of course on the day, the word count, the deadline, how obliging her characters are, the ambient temperature in the Western Sahara, whether Jupiter is rising, the size of the ozone hole over New Zealand and how much coffee she’s had.