Author Of The Month - BA Tortuga - Week One

In our first post, we'll look at the books in Leaning N series which are part of the Dreamspun Desires titles, plus BA's favorite things. There's also a chance to win one of her books. 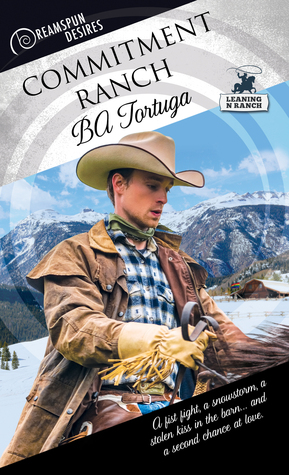 
“I ain’t fought with no one.” Stoney’s voice was flat, dangerously still.
“Don’t go there. What the fuck are you about, boy? Drinking on the job? What are you thinking? You know better!”
“What? When? When have I done that?” Now he had Stoney’s full attention. Like 100 percent.
“Ford says you were drunk.”
Ford rolled his eyes. “He was. And he’s been hungover at work more than once. You forget that my main complaint is that he refuses to work and or meet with me, and time is wasting.”
“No, sir.” Stoney stood up tall—as tall as he could—and shook his head. “I had a couple of drinks one evening when Quartz was spending the night away, and I paid for it that next morning and missed breakfast, but that was it. Absolutely it. Last time I checked, I was legal and weren’t nobody hurt by me having a few.”
“What about dinner last night?” Ford demanded. “You were bloodshot as hell.”
“I hadn’t slept in three days. I was working a hunting party.” Stoney looked at him like he was a bug smashed on the bottom of his boot before turning to his uncle. “What else, Ty? Let’s just get it over with. I got work to do.”
“Why didn’t Ford know you were out with a hunting party? You need to be having weekly meetings, at least.” Ty was getting too red in the face, too out of breath. Damn it.
“Yes, sir. I’ll have Ford get me a schedule when he’ll be available.” That wall was huge, just this blank, emotionless thing.
God, he hated that. Hated it. His hands clenched. “Ty, go on and get your stuff moved. I’m moving in permanently tomorrow, so I can chase Stoney around on horseback if I have to.”
“You two boys have to work together!” Ty blustered, and it was Stoney who eased him down into a chair, got him a glass of water. “I’m serious. You can’t be at odds; you’ll ruin this place. You’re family, for God’s sake.”
Family. Shit. That was the one thing they’d never managed to be. Fuck buddies? Sure. Ex-fuck buddies definitely. He got the feeling Stoney hated him. Ford wished he could return the favor.
“Family, are we? Excellent.” Stoney spun from where he was and clocked him, fist crashing into his jaw like a sledgehammer, sending him flat out on the floor, his bell rung. “You ever tell another lie about me, brother, and I swear by all I hold holy no one will ever find the body. I ain’t a drunk, I ain’t a slouch, and I ain’t your motherfucking employee. I’m your goddamn partner.” Stoney stepped over him like he was a pile of dog shit. “If you’ll excuse me, Ty. I got work to do. Horses need worming.”
His eyes were watering, and Ford tasted blood in his mouth, but he had to admit, he admired Stoney for having the balls to do it. He glanced at Ty.
Ty arched one eyebrow, shook his head. “Texans. Still, never seen anyone piss him off like that. No one but you.” 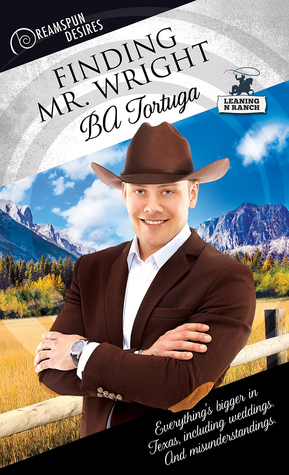 Everything’s bigger in Texas, including weddings. And misunderstandings.

Colorado wedding planner Mason O’Reilly lands a major contract: a two-hundred-guest wedding at the Leanin’ N Ranch, where his friends Ford and Stoney are working to provide a safe space for GLBT events. The Wright/Preston ceremony is a destination wedding, and as the grooms are from Texas, everything is done over the phone and email. There’s no way that could lead to trouble, right?

Oil tycoon Noah Wright isn’t happy about the impending disaster, but he admires Mason’s quick thinking and grace under pressure. And that’s not all he likes about the out-and-proud wedding planner. Even though Mason’s interested in Noah, his Mr. Right can’t possibly be a rancher from Dallas. Can he? 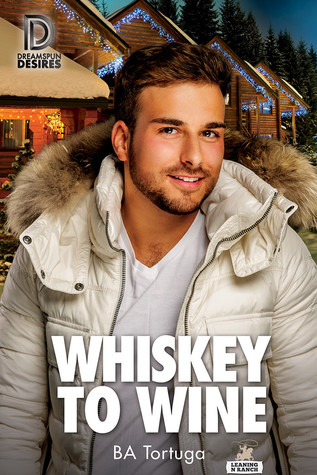 Former Olympic snowboarder Ryan Shields is there too… and he’s Bleu’s true love who got away. Seeing Bleu again, Ryan remembers how they couldn’t get enough of each other in college.
Too bad it looks like Bleu is with Dan now, because Ryan would love to remind Bleu how good they were together, in and out of the sheets.

Yeah? Y’all rock. Don’t tell Dan. He’ll be all weird.”
“Worries too much, does he?” Ryan chuckled. “I’m surprised you haven’t bopped him on the nose.”
“He’s not the type.” He had to grin, though, because he’d thought about it, once or twice, when they were still together.
“What type is he?” Now Ryan was sounding serious. And a little mad.
“Uh… classy, I guess. High dollar.” Not like him. He was a talented, happy, wealthy goddamn redneck.
“Oh.” Ryan relaxed, and he could literally feel it. What the heck?

He itched to reach out, touch Ryan’s face and look. He actually reached out before he realized what he was doing and yanked his hand back, knocking over his coffee and upending his plate.
“Whoops!” Geoff was there with a towel, helping him mop up. “Let me get you more coffee, huh? Sandwich in five.”
“You okay?” Ryan asked.
“I—I’m going to go. I’m sorry, Geoff. I don’t need another sandwich.” He grabbed for Floyd’s harness, his cheeks flaming. Way to show how competent you are to the ex, Bleu.
He made it to the door, then stopped at the stairs, worried he would splat on his face in the snow.
“Hey.” Ryan was right there, hand warm on his arm again. “No one is upset. It was an accident. I get it if you want to go, but don’t run off on my account, huh?” Gently but firmly, Ryan steered him and Floyd in a circle.
“I just… I haven’t done that in a long time.” No wonder Dan didn’t want to eat in the dining room with him. He was still a bit of a disaster.
“Is it me? The main dining room is about to open. I can head over there and have my second cup of coffee.”
“No. I mean, I….” He stopped, forced himself to relax and let his tension out with a laugh. He wasn’t a kid anymore; he could do this. Brutal honesty, right? “You still make me stupid. I wanted to look at you, and I don’t have the right to anymore.”
“Anytime you want to, Bleu. I’m not as much of an asshole as I was. I hope.”
“None of us are.” He reached up, lips parting as he let himself explore. There was a new scar next to Ryan’s lip and there were laugh lines now, but the sharp cheekbones were the same, and so was the long nose. The bump at the bridge was more pronounced.
“I broke it again,” Ryan admitted when Bleu lingered.
“How?” Oh, Ryan’s hair was long now, like his.
“I face-planted on a jump. Came off the rail, landed too far forward, and boom. Broke my helmet, broke my nose.” Ryan chuckled, the sound warm.
“Damn, baby.”

And releasing in early July, book 4, Come Back Around 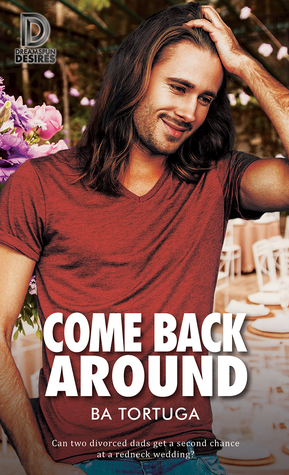 Can two divorced dads get a second chance at a redneck wedding?

When Reid Porter agrees to be his best friend’s man of honor, he never considers that his ex, Mateo, will be there too. Which is ridiculous, because Jennifer is marrying Mat’s brother. Reid would never let Jen down, though, so he finds himself at the Leaning N Ranch with his two daughters and a whole lot of baggage about seeing Mat again.

Mat loves his baby brother and would do anything for him, including face the love of his life, whom he’s sure has moved on. When he and Reid come face-to-face after more than two years apart, they realize they’ve never let go. Now they have to do what they never could before—balance work, home, and children, while finding a way to come back around to each other’s love.

My Favorite Things - the movie edition


So, my wife and I play the What If game a lot, and one of the ‘what ifs’ is what 10 movies would you take with you on a desert island (aka – how to prove BA is old).

My top 10 movies that I would watch over and over, in no order of importance.


Texan to the bone and an unrepentant Daddy’s Girl, BA Tortuga spends her days with her basset hounds and her beloved wife, texting her sisters, and eating Mexican food. When she’s not doing that, she’s writing. She spends her days off watching rodeo, knitting and surfing Pinterest in the name of research. BA’s personal saviors include her wife, Julia Talbot, her best friend, Sean Michael, and coffee. Lots of coffee. Really good coffee.


Thanks for celebrating this fabulous author with us. Come back next week for more of BA Tortuga's books, five little-known things about her, and another chance to win.