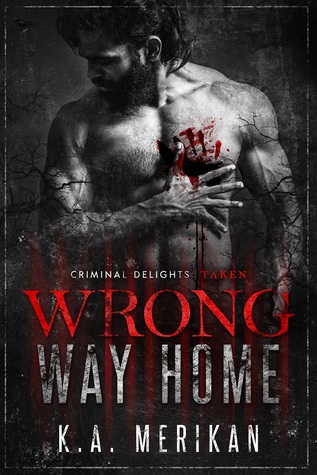 Like every other weekend, Colin is on his way home from university, but he’s taunted by the notion that he never takes risks in life and always follows the beaten path. On impulse, he decides to take a different route. Just this one time. What he doesn’t realize is that it’s the last time he has a choice.

He ends up taking a detour into the darkest pit of horror, abducted by a silent, imposing man with a blood-stained axe. But what seems like his worst nightmare might just prove to be a path to the kind of freedom Colin never knew existed.

Colin is a student pressured by his parents to become a doctor, he always follows the rules and does his best to keep everyone around him happy even if that means that he's not.

In a brave moment Colin decides to take a detour on his way to his parents' house but soon this slight change from his routine turns into a nightmare. He meets Taron, a man wielding an ax and not speaking a word to him.

Those first scenes where they meet were very intense. Slowly, it is revealed what happened that fateful night but Colin remains a captive with no way out. Well, he had his chances to try to run but he always changed his mind for one reason or another. He didn't like that he stayed when he could try to escape so he always reasoned with himself that he would do it at a better time. I think he had the Stockholm Syndrome, or at least he was close to it.

Over the months that Taron kept Colin with him they grew close and even though they remained captor and captive the power wasn't always Taron's, which was interesting to see. Slowly Colin was able to get behind the walls Taron had build around himself and make him care about his well-being and his opinion. Taron liked to think that he was fine by himself with only his cats as company but in the end he craved Colin's company.

Taron is one of those characters that evoke mixed feelings from me. He had his own moral code and his own definition of right and wrong. He lived outside of the society and so he didn't follow its rules. At first Colin didn't understand his way of thinking but as the time passed he started changing his mind and thinking more like him.

I loved this book and almost read it in one sitting but I'm glad it was only a work of fiction and not a real story. The characters are easier to like since they aren't real if that makes any sense.

This book is certainly not for everyone. It's not sweet and romantic. It's dark and hard and even appalling at times. It's also deeply emotional and Taron will break your heart close to the end.

There are one or two loose ends left but I liked the story so much that I don't really care about them.

All in all, another great work by K.A. Merikan!


*An ARC of this book was kindly provided to me in exchange for an honest review. *