Blogtour: A Body In A Bathhouse by Brad Shreve

What is my Genre?

When asked what genre I write, the answer is both easy and difficult.

The easy answer is I write mystery novels. I love reading mysteries, I’ve followed mystery writers for many years and it’s fun for me to map out the clues, red herrings and use challenging, yet fair diversions.

The genre I tend to tap dance around is male/male romance.

Do I think A Body in a Bathhouse will satisfy romance readers? Yes, I do.

No writer should write to please everyone because it’s just not possible. However, romance doesn’t only show up in romance stories. They are everywhere. Look at movies like:

And even something as extreme as Natural Born Killers

None of these stories could be considered romance, per se, but they reflect peoples desires to enjoy a little romance even if what they’re reading/viewing isn’t specifically classified as a romance story.

Although, I believe romance readers will enjoy this story, I hesitate to label myself as a m/m writer because I can’t guarantee what’s coming up in the future. Yes, many of us read for escapism, but I find the best escapes are grounded in reality. The said simple reality is that not all characters are faithful, and not all couples have a happily ever after. Frequently they’ll have a happily ever after, but not together.

At this time I have no novels planned that do not offer a HEA or a HFN, but I may get the urge later and that’s what makes me uncomfortable stating emphatically that yes, indeed, I am m/m romance writer.

I have a standalone novel I hope to release toward the end of the year. It’s thriller that involves human trafficking and as it stands, it will have little to know romance in it. Maybe a touch of infatuation, but that is all.

Who doesn’t like a little infatuation anyway? It can be great fun. 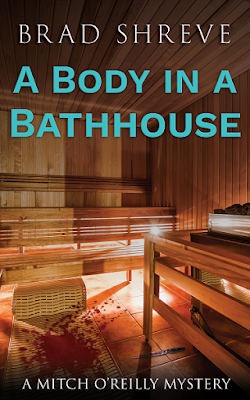 On the verge of bankruptcy, private investigator, Mitch O’Reilly takes any gig that comes his way, while running his Eye Spy Supply shop in a forgotten Los Angeles strip mall. After two tours in Afghanistan, Mitch’s life amounts to operating his store, coping with his fun-loving sister, Josie, and scoring with anonymous men he meets online. That changes when he gets a break. A beloved comedy scriptwriter is murdered at a bathhouse, and Mitch is hired to prove the innocence of the club custodian. Adapting from a two-bit gumshoe to a high-profile sleuth proves more challenging than he expected.

As if Mitch didn’t have enough to deal with, charismatic bathhouse operator, Trent Nakos, enters his life. After a heartbreaking past, the manager is the definition of a man the brooding P.I. actively avoids.

Following leads from sprawling mansions to sketchy hoods is demanding but becomes more troublesome when deadly threats jeopardize the biggest opportunity of his career.


After growing up in Michigan and North Carolina, Brad Shreve criss-crossed the country while working in the hotel industry. In addition to working in hotels as a bellman, front desk clerk, and reservation call center director, he’s managed coffee houses, waited tables, sold potato chips off a truck and even hocked pre-burial funeral plans.

He credits Where the Wild Things Are by Maurice Sendak for developing his interest in art and storytelling. He’d spend hours on the floor sketching and painting and writing stories. My Side of the Mountain by Jean Craighead George gave him his first inklings that he’d like to be a novelist someday.

In addition to perpetually thinking of how to kill people, he's a proud dad, a beach bum, and coffee house squatter.

He currently lives in the Los Angeles South Bay with his husband, Maurice.