ARC Review : A Party to Murder by John Inman 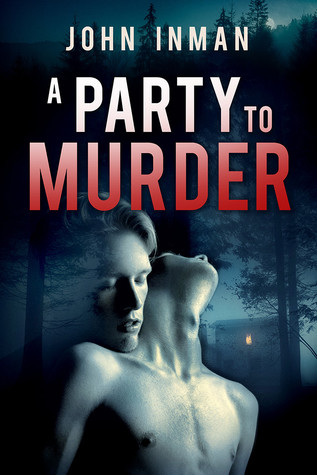 
When Jamie Roma and Derek Lee find their blossoming love affair interrupted by dual invitations to a house party from a mysterious unnamed host, they think, Sounds like fun. The next thing they know they are caught up in a game of cat and mouse that quickly starts racking up a lot of dead mice. Yikes, they think. Not so fun.

Trapped inside a spooky old house in the middle of nowhere, with the body count rising among their fellow guests, they begin to wonder if they'll escape with their lives. As a cataclysmic storm swoops in to batter the survivors, the horror mounts.

Oddly enough, even in the midst of murder and mayhem, Jamie and Derek's love continues to thrive.

While the guest list thins, so does the list of suspects. Soon it's only them and the killer.

And then the battle really begins.

I was expecting an entertaining read and was not disappointed by John Inman. It was a sweet, sexy, romantic thriller with an Agatha Christie’s flavour and some good banter. Right up my alley.

Derek and Jamie have been friends for a very long time and they have added sex in the mix for a few weeks. Then, they receive a mysterious invitation to a party. Intrigued, they decide to go and end up trapped into a spooky house with five other guests and, they shortly realize, 2 dead bodies and no way to communicate with the outside world. As I said, an Agatha Christie’s flavour, but the similarity ends there.

Derek and Jamie have no other choice to acknowledge their feelings and to figure out who the murderer is and why the killing spread is happening. And they have to do it fast as time is of essence with dead bodies pilling up.

It’s a mix of funny remarks and tender moments with a touch of steam between Derek and Jamie, and of lightly creepy suspense (not very complicated but well enough done imo) including a mad murderer playing the show originating from a sad fate, and with a cute HEA that perfectly fitted our heroes.

Another entertaining read from John Inman with a different trope but in the same Spirit as the other book I read from this author (hehehe : hard not to play with words when it’s so easy) : I wouldn’t mind for this to become a pattern.

ARC of “A Party to Murder” was generously provided by the author/publisher in exchange for an honest review.