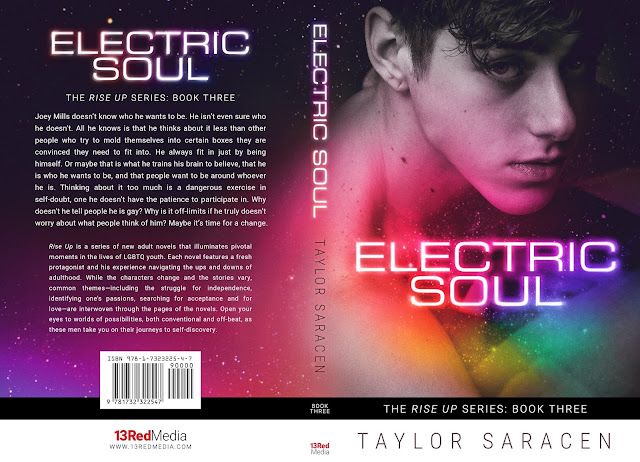 Today we shine the spotlight on Taylor Saracen and 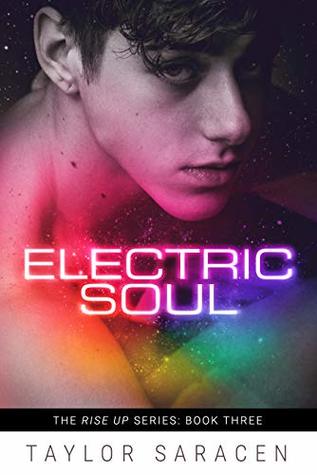 Joey Mills doesn’t know who he wants to be. He isn’t even sure who he doesn’t. All he knows is that he thinks about it less than other people who try to mold themselves into certain boxes they are convinced they need to fit into. He always fit in just by being himself. Or maybe that is what he trains his brain to believe, that he is who he wants to be, and that people want to be around whoever he is. Thinking about it too much is a dangerous exercise in self-doubt, one he doesn’t have the patience to participate in. Why doesn’t he tell people he is gay? Why is it off-limits if he truly doesn’t worry about what people think of him? Maybe it’s time for a change.

Rise Up is a series of new adult novels that illuminates pivotal moments in the lives of LGBTQ youth. Each novel features a fresh protagonist and his experience navigating the ups and downs of adulthood. While the characters change and the stories vary, common themes--including the struggle for independence, identifying one's passions, searching for acceptance and for love--are interwoven through the pages of the novels. These stories will open your eyes to worlds of possibilities, both conventional and off-beat, as these men take you on their journeys to self-discovery.


Joey didn’t know what he wanted to be. He wasn’t even sure what he didn’t. All he knew was that he thought about it less than other people who were trying to mold themselves into certain boxes they were convinced they needed to fit into. He’d always fit in just being himself. Or maybe that was what he’d trained his brain to believe, that he was who he wanted to be and people wanted to be around whoever he was. Thinking about it too much was a dangerous exercise in self-doubt, one he didn’t have the patience to participate in. Why didn’t he tell people he was gay? Why was that off-limits if he truly didn’t worry about what people thought of him?
For someone who didn’t actually have sex, he found his sexuality oddly significant. He knew what he wanted and who he was attracted to, but he’d never acted on the draw. Fuck, it hadn’t even been a year since his first kiss with a boy. Yet, he couldn’t define himself completely unless he acknowledged the fact that he was gay. He was a son, a brother, a friend, and he was gay. He was a stoner, a creative, a fuck up, and he was gay. It was the focus of so many of the internal assessments he took of himself and he was pretty sure that made him a hypocrite. If it was so much of him, and he was so unconcerned about peoples’ thoughts on him, why did he feel compelled to hide it? He was just as bad as his classmates who squeezed into the compartments they built around themselves. Either way, Joey’s momentary catharsis on the bike was validation that he felt more trapped than he’d ever admitted to himself. It was a release he didn’t know he needed, and he needed to know why it mattered as much as it had. All he knew was that he didn’t want to worry about worrying about something. He didn’t want to overthink his emotions just because they were present. They could easily be ignored.
“You’re avoiding table nine,” Bridget stated, as she entered the kitchen.
Joey was leaning on the pass, bullshitting with Ernie, and most certainly avoiding table nine.
“False,” he replied, not bothering to glance at his mother. He could see her glare, though he didn’t lay eyes on her. He’d seen it enough to memorize its attributes.
“True,” his mother asserted, slapping his butt with her pad. “C’mon. I’m not picking them up.”
“What do you have against high school football players? I thought you were cool with a lot of them when you were in school,” Joey teased, earning another whack from Bridget.
“I should’ve washed your mouth out with soap when I could have,” she tsked.
“I didn’t curse,” Joey laughed. “That’s for cursing.”
“I should have washed your brain with soap,” Bridget corrected. She tapped his forehead with mock aggression. “Your brain.”
“Honestly, you probably should’ve. There’s some wild shit in there.”
“I don’t doubt that,” Ernesto inserted. He pointed at Joey and shook his head at Bridget. “He’s wild.”
“You don’t know the half of it,” she promised the cook.
“Yeah, neither do you,” Joey replied. “Where’s Mattie?”

Taylor always had a passion for storytelling, but never thought she would become an author. Her parents said a job in writing wasn’t practical and suggested she find a career that would actually make her money. In true Sagittarius style, she decided to chase the big bucks and become a teacher.

After eleven years of shaping the minds of America’s youth, Taylor decided to give writing a go. She’s published three novels in 2018 and has traveled the nation doing book signings with the subjects of her new adult Rise Up series.

Taylor lives in Scottsdale, Arizona, where she is a wonderful mother to her three-year-old twins, a hard worker for 13 Red Media, and a rather adequate wife.