Review Tour: The Other Book by Roe Horvat 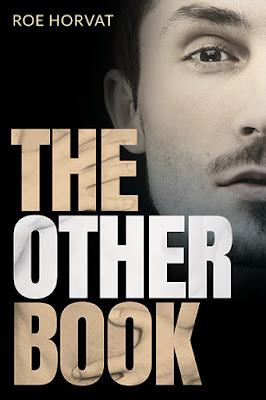 It was supposed to be just sex... Famous last words.

Tyler doesn't overthink pleasure and avoids complications. He knows it might be stupid to get involved with his closeted boss, but the temptation is too great. At first, the cold and beautiful Joel Sandstrom seems to loathe Tyler's guts.

Except one late night at the office, his reasons become clear...and his control breaks.

During their covert encounters, Tyler discovers the power he has over the lonesome man, and it's a heady feeling. What if he could set Joel free and give him peace of mind? When Tyler realizes how much Joel needs him, he doesn't regret breaking his own rules.

Fair warning: this book consists mainly of sex scenes and for some of them there are more than two parties involved.

However, this isn't your typical PWP. Somehow, Roe Horvat managed to write a book full of sex scenes that was also full of emotion, tough situations and character growth. When I decided to read "The Other Book" I wasn't sure at all about what my reaction would be, mainly to the foursome scene. As the story went on though it was clear that there was nothing about that particular scene that could cause trouble for the main couple. They were open and honest with each other and their connection was strong and always present.

It was glorious to see Joel transform through the freedom Tyler gave him. At first he was closed off, cold and fighting his wants, but as he grew closer to Tyler he relaxed and embraced who he was. I liked seeing him carefree and laughing, unconcerned about what was going on around him and focusing only on Tyler.

The first half of the book is lighter and more carnal, where the second half is full of emotional scenes, Joel's struggles and the effort to look forward.


At first, Joel and Tyler had mostly hate between them, but that didn't last very long and I was disappointed to see that the transition to love and a relationship was super fast. Other than those tiny issues, though, the story flowed effortlessly and the plot was able to keep my interest the whole time.