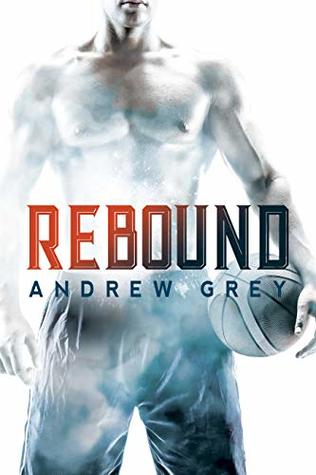 Professional basketball player Bri Early needs a physical therapist after an injury, and he’s heard that Obie is the best. Bri takes an immediate liking to the out-and-proud man with the magic touch, and even though Bri isn’t openly gay himself, he’d never let anything stand in the way of something he wants.

Obie can’t deny that the sexy athlete presses all his buttons, but he’s a professional and has no intention of getting involved with a client. While they’re working together, it’s hands off, no matter how great the temptation.

But being a pro athlete isn’t easy. Bri has enemies, and one of them is making his life hell. When his house is set ablaze, Bri can no longer pretend the threatening messages he’s receiving are jokes. He needs a safe place to stay, and Obie can’t turn his back. But the two of them in the same house is a recipe for combustion that could burn them both….

“Don’t tense up. I’m not going to hurt you.” He kept his touch light, and soon Bri found himself relaxing once again. “So, as I was saying. You need to eat for recovery. Plenty of protein, but make it lean, chicken and fish, plus lots of vegetables and fruit. Give your body what it wants and don’t be hard on it.” He continued working gently. “And no drinking. The body wastes energy getting that out of your system.”
“So, no onion rings, then?” Bri teased with a smile.
“Oh. Those you can have all you want, especially the ones from Blooms around the corner.” Damn, Obie was teasing him back. That was unexpected. “My God, those things are my one weakness. They make them fresh, with a tempura batter that they put a little pepper in, so it has a kick. Then they serve them with ranch dressing.” Obie chuckled. “I don’t think that’s what you were getting at, though, right? But it made me hungry.”
“You?” Bri did his best to sound affronted. “Now I’m starving and the hummus and baba ghanoush I had for lunch just isn’t cutting it.”
“From Mediterranean Garden? I love it there. They make everything fresh that morning, and you can tell by the way it tastes. Yeah, you can go there all you like.”

Obie giggled, and Bri slipped his eyes open to watch him. Obie was smaller with fewer angles and more soft lines than the guys he was usually attracted to, but he was stunning. Bri mentally shook himself. He was not going to have those kinds of thoughts. Not here.
“You’re an athlete, so you know all about eating well. Be good to your body and don’t strain the rest of it.”
“Okay.” Bri let go of his curiosity and let Obie work.
“See, we only have so much juice,” he continued. “So if you strain your arm, your body has to heal both the knee and your arm. But we want all the good energy focused on your knee.” He pulled his hands away, and Bri sat up slowly. Obie handed him a small bottle of water. “Drink up. You need to flush some of the toxins I just released out of your system.” Obie stood close enough to him that his own fresh, clean scent filtered in over the lotion. Bri leaned in slightly, inhaling slowly just to get a little more. He stopped himself a second later, pushing the thought away. That was not what he came here for at all. Yeah, he was friends with Hunter and understood about the whole gay thing. But that wasn’t for him. He couldn’t risk his career that way. Bri had long ago accepted that he wasn’t going to get married. He was a bachelor, he was happy, and he’d stay that way. When he needed an itch scratched, he did so discreetly and always out of town—far out of town. Damn it all, he was not letting his mind go there.


Bri pulled the top off the water bottle and drained the contents. “Is that it?” Bri got his head back where it belonged and away from the interest that certain body parts were beginning to show. 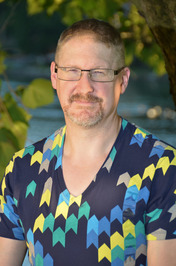