Blogtour: Kiss From A Rose by Bella Fontaine

Kiss From a Rose 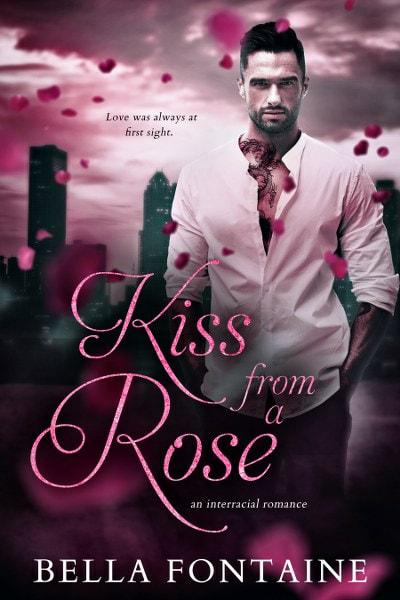 Secrets that were meant to be hidden jump out of the closet in this hot, sexy, enemies to lovers romance.


There are two things in this world that I’m certain of:1.Money doesn’t grow on trees.2.Caine Donoghue is the devil. He’s the kind of guy who’s sexy, knows it, and uses his charm to fool you. It doesn’t help that he’s an Ex-Navy man with all that hard muscle and a body built like a god. He’s the devil.
It sounds harsh, but it’s true. I should know because I practically grew up with him. I had to endure many summers of his evil. So I should know.
However, the day came when the man decided to go and shock me.
It only took a fifteen-year absence in each other’s lives, but…one major act of kindness that saved the person I loved most dissolved the barrier I placed up to keep him out.
I never saw it coming.
Me, trapped in the charm he oozed. Me, trapped in the temptation that lured me to him just from his sinful sexy smile. Me, getting lost in a man I thought was my worse nightmare.
Caine Donoghue sucked me into a sizzling hot, whirlwind romance that was so scorching it would make hell feel like the artic.
He unlocked something inside me.
But…us being together unlocked something else.
We unlocked secrets from the past that should have stayed hidden. Secrets that tangle the past with the present, and will affect the future.
Secrets that could destroy us.
It’s only a matter of time.
Then it won’t matter what I think …


He nodded. “For a while now. I was the one who encouraged her to get treatment, and that was years ago.”
I winced. “Why wouldn’t she tell me that? Something so important.”
He sighed. “Well, she was always very protective of you. Maybe it was that.
She just didn’t want you to know because she knew how worried you’d be.”
“I would have moved back here sooner.” That was for sure. I would have come back and taken care of her. It wouldn’t have gotten to this stage where she was in hospital with talk of surgery.
“That’s probably why you didn’t know.”
“How did it happen? What happened today?”
“When I got to the motel, there were some shady-looking guys talking to her in reception. She looked terrified. I got rid of them, but I think they’ll be back. Looked like they were loan sharks, and not the understanding type either. We went to the back office to talk, and she grabbed her chest and collapsed.”
I released a strained breath. This was getting from bad to worse. “Loan sharks?”
“Yes. I would say so. Anya, I think things may be a lot worse than Halle led anyone to believe. She looked sick, and the motel doesn’t look like it used to, plus she seems to be working overtime and doing the job of four or five people. The usual crew were there, but she has less staff than last year.”
God, what did it mean? Clearly, she was struggling financially. I couldn’t believe it was that bad.
Loan sharks. Halle hated loans of any kind. She never even allowed me to get a student loan. After Mom died, she paid for everything for me. She’d paid for everything well before, right from when Dad walked out. But when I had no one left in the world, she made it so I could still have all that I ever needed and wanted.
Caine was right. Halle was mother and father to him. She was that for me too.
“I didn’t know things were so bad. I feel just awful,” I said breathlessly.
“I feel bad too. She didn’t tell me anything either. I had to guess she was sick.”
“At least you can help her now.” I couldn’t.
“Anya, I would have preferred to stop things from getting this bad. Dr. Fernandes said she used to be on the full insurance and switched things over to the lower package after the price increased. A simple thing like that, and it could have meant she didn’t get the proper treatment.”
“She looks so frail.”
“She’s strong. A fighter. She has to make it.”
“I don’t know what to do.”
“We just sit here and wait.”
“We?” Was he going to stay with me?
“We.”
As I pressed back into the chair, my shoulders tensed. Tears streamed down my cheeks, but the warmth of his large hands over mine soothed me. I had to look down at where his hand rested on top of mine on the crisscross pattern of the metal bench.
He was the last person I thought would be here to offer me comfort right now.A lump formed in my throat, and my chest tightened. I had the feeling that bad luck of mine was about to really show its true colors.
What I’d experienced before was nothing. 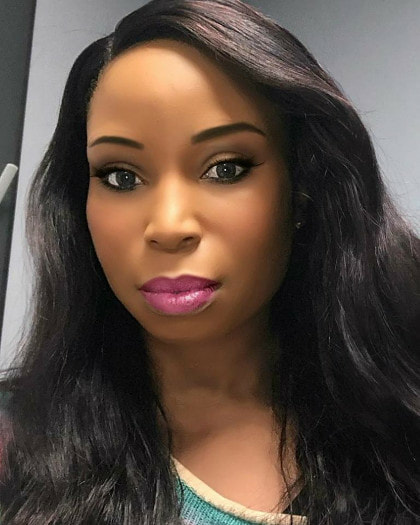 The name is to honor the strong, super talented, and courageous women in her family who inspired her to write and do what she loves most.

As with her other books expect hot, steamy, contemporary romance and romantic suspense. Expect drool-worthy heroes and sassy heroines. People falling in love and the wild, sexy fun they have on their journey.