Blogtour: Jordan Vs. All The Boys by John Goode

Jordan vs All The Boys 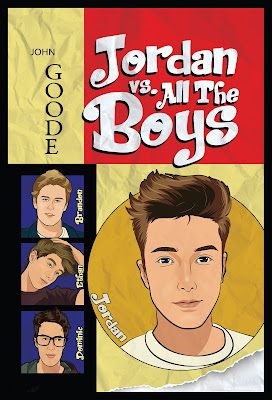 Everyone has that one summer, the summer where you take your first steps into adulthood. The nights are longer, the songs are better, and the friends you make are forever. For Jordan, Brandon, Ethan, and Dominic, that summer is now. This pack of self-proclaimed nerds set out on an adventure that defines every young man’s life—the search for love, or at least what they think love is. As with all great quests there are pitfalls and challenges ahead of them and they will have to overcome their greatest enemy, their own egos. But the power of true friendship could give them the strength they need to complete their quest and win their prize.

Welcome new players, young and old, for the brand new adventure module from Goode Games called Jordan Vs. All The Boys. This adventures is a four person group with pre generated characters, just look over the character stats and see which one fits you. 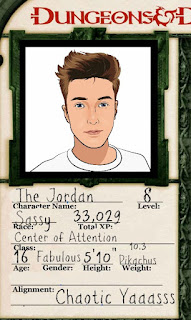 Jordan is a duel class 8th level Center of Attention and 1st
level newbie. He is searching for love though he has no idea what it may look like. He is energetic, outgoing and above all else, just a positive person.

He has a crippling addiction to Wild Cherry Pepsi, comics with handsome lead characters and online role playing games. Though the leader of the group, Jordan is very unsure of his actions and should be played with a hesitation in his own motives while still trying his best to support the whole group.

He is a human who is a homosexual with leanings towards chaotic yaasssss queen. 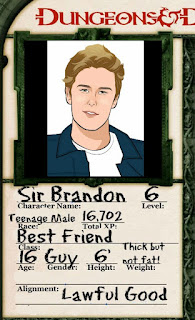 Brandon is 6th level best friend with a specialization in all
things Jordan. He is very protective of his friends and is
widely considered their own personal knight in off
white sneakers.

Though he defers to Jordan's judgment, he has no problem
telling his best friend when he is screwing something up.
He is self conscious about his looks but not in an obvious
way and is looking for love of his own.

He is a heterosexual, human male but has proficiency in
his own sexuality not to feel threatened by other people's
preferences. 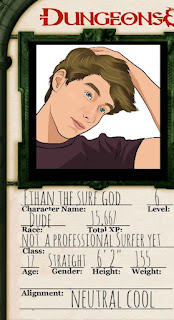 Ethan is a 6th level dude with a specialization in surfing. Any and all rolls dealing with surfing, Ethan gains +4. Even if he brings it up himself, which he will. A lot.

Ethan is handsome in the same way that a puppy is a formidable watchdog; they aren't there yet but you imagine they will grow into it someday. Ethan's looks is balanced by his lack of understanding why people do not want to know more about surfing though is willing to change.
He is a devoted heterosexual but his extended time with Jordan has made him more than comfortable with being close friends with a homosexual and has no minus to his affection rolls. 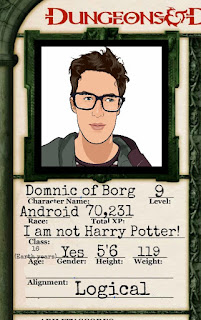 Dominic is a teenage boy masquerading as an android to hide the multitude of feelings that is going on inside. His  demeanor is often considered caustic but his friends understand it is just the way he interacts with the world.

Around strangers Dominic is withdrawn and quiet but around Jordan and the others he has a dry humor that his friends know is just Dominic's way. He comes from a religious family so is known to rattle off random dogma when confronted by something outside of his comfort zone.
All that is known about Dominic is that he is, though he will deny it, a human male.


Once you have chosen your character the adventure starts in The Great Escape, a club that caters to exclusively underage clients, serving a variety of mocktails and energy drinks while playing high energy music till midnight. Though the setting is not hazardous the club is filled with nefarious sorts, all in their own way looking to take advantage of Jordan and his friends, so they must stay on their guard.

You will face know it all, club kids, closet cases and even a unicorn, so ready yourself as you start the quest for the only treasure that counts...

John Goode is a member of the class of '88 from Hogwarts school of wizardry, specializing in incantations and spoken spells. At the age of 14 he proudly represented District 13 in the 65th Panem games where he was disqualified for crying uncontrollably before the competition began. After that he moved to Forks, Washington where, against all odds, dated the hot, incredibly approachable werewolf instead of the stuck up jerk of a vampire but was crushed when he found out the werewolf was actually gayer than he was. After that he turned down the mandatory operation everyone must receive at 16 to become pretty citing that everyone pretty were just too stupid to live before moving away for greener pastures. After falling down an oddly large rabbit hole he became huge when his love for cakes combined with his inability to resist what sparsely worded notes commanded and was finally kicked out when he began playing solitaire with the Red Queen's 4th armored division. By 18 he had found the land in the back of his wardrobe but decided that thinly veiled religious allegories where not the neighbors he desired. When last seen he had become obsessed with growing a pair of wings after becoming obsessed with Fang's blog and hasn't been seen since.

Or he is this guy who lives in this place and writes stuff he hopes you read.