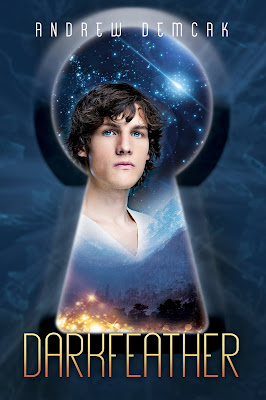 James, Keira, Lumen, and Paul—teens with special abilities granted by their alien DNA—bonded over hardship, becoming friends and sometimes more. But now they’re held in Fort Bragg and subjected to painful tests by the evil Dr. Albion, and those ties are coming loose just when they need them the most. Budding romances and family relationships are tested as each teen struggles to choose where to stand and who can be trusted.

Reunions with lost family members and the possibility of love with new allies strain already tense relationships, and not every heart will survive unscathed. But the Star Children are the only ones who can command an alien spaceship needed to intercept the Nibiru object—an unidentified celestial mass plummeting toward the planet.

If they can’t work together, an unimaginable catastrophe will strike the earth, and they’re the only ones who can stop it.

“Karen, wake up!” the beige-colored alien, UBE, said as he shook the unconscious woman on the Army bunk. “You have to hurry. The security fence is only going to be unelectrified for another twenty minutes. This is your only chance of getting out of here!” UBE threw his three-fingered hands in the air and paced in a small circle.
Karen Darkfeather rolled over. She rubbed her hazel eyes and pulled her long red hair away from her face. Her eyes adjusted to the dim light inside the command center beneath the Paragon Academy. She yawned and stretched, taking in a deep breath of the recycled air. In all these months, she still hadn’t gotten used to living in a retrofitted cavern, day and night simulated by banks of sodium lamps bolted to the cave ceiling.Everything down here is one big secret, she thought absently.
Karen shifted in her white lab coat and undid the top three buttons. It was so hot and stuffy in UBE’s humidified chamber. The three-foot tall alien stood attentively beside her, wringing his hands, a look of grave concern in his huge dark eyes.
“What time is it?”
“It’s time for you to go!” he continued while waving her up off the bunk. “Come along. Dr. Albion is off-site, and they won’t be expecting someone to escape over the fence by the XiCOM towers.”
“This is all happening so quickly. Are you sure this will work?”
“Girlfriend,” UBE said and rolled his huge dark eyes. “You’re the one who got herself pregnant with stolen Zeta-Reticulan DNA. You should have known the Army wouldn’t let you keep your baby.”
“But I’m only eight weeks pregnant,” Karen said, rubbing her belly. She felt the fullness of her unborn child, even this early. She let her hand rest there for a moment. There she is, my precious baby growing inside. She. I know she’s a girl. Keira. I won’t let them take you, Keira. I won’t! Karen shook her head. “Maybe I can still make some kind of bargain? I mean, I’m still their employee, right?”
“You were their employee until you broke every rule in your contract by trying to smuggle top secret government material off the base—your unborn child! I can’t hide you in here any longer,” UBE replied in a scolding tone. He turned from Karen and crossed to the far side of the small metallic room. He put his hand on what looked like a block of solid marble the size of a filing cabinet. It began to glow bright white and then opened along the side. A metal tray slid out. In it were two strange objects: a gold chain with a black stone pendant in the shape of two conjoined suns, and the other, a small stone box about the size of a deck of cards that had the twin suns inlaid in gold. UBE retrieved the articles, then walked over and placed them in Karen’s hands.
“What are these?”
“These are for Keira….” The alien paused.
“But how did you…?”

“We are psychically connected, Karen.” UBE smiled kindly at her. “You are my only friend here at Paragon. I can see your thoughts. In time, with the help of your unborn child, you may start seeing mine.”
“But what are these?”
“This,” UBE said as he picked up the pendant, “is a Heart’s Compass. It will bring your daughter back to you or to me, if ever she gets lost. And this is a hjärta kassi, a Heart’s Box. Once we close it, it will only open again for one person, its true owner, Keira. I want you to write her a letter and explain what is happening to you and place it inside. At some point after she is born, you will need to separate from her so the Paragon Academy can’t find her, maybe offer her up for adoption. You will give her the Heart’s Box and Compass so she’ll understand and find her way back to us.”
Karen’s face flushed with anger. “I can’t! I won’t! I’m not going to give up my child.”
“Karen, it’s the only way if you want her to be free and not be a slave of the US Government,” UBE said and blinked coldly. “You know what they’ll do to her: the experiments, the painful genetic tests, the endless rounds of bloodwork and tissue samples.”
Karen agreed sadly and then sat in silence on the green bunk. “UBE, this isn’t how it’s supposed to be. I’ve messed everything up.”
“On the contrary, this is all part of something greater than the two of us, my dear,” UBE said wistfully. “I only have seen one small part, and it will take place sixteen years from this very day. That’s when I’ll reconnect with my life partner, EBE, and Keira will begin looking for you. That is when Nibiru is arriving. And at that time, EBE and I will be together, and you will meet Keira and her new Zetan siblings.”
Karen sank into stunned silence again. She had no idea what UBE had spoken of. But there was no time to ask questions; she knew she had to get going. The well-maintained security perimeter would be down for maintenance for a short time. She’d have to climb over the usually electrified fence and then head down into the canyons and find her way from the Paragon Academy to the nearest freeway and hitchhike. UBE was right; this was her only chance, right now.
“I’ll miss you so much,” Karen said, standing and embracing the small being, the tears already forming in the corners of her eyes. “You’ve done so much for me.”
“Oh, twaddle; it is I who is grateful for you,” UBE continued as he hugged tighter. “Now, hurry. You have no time to lose.” UBE moved over to the sealed aluminum door and waved his hand over it. It opened with a hissing sound. “Go along the hallway to the Gamma corridor, and then go to the nearest freight elevator. Here’s the elevator key I stole from one of the guards. Take the elevator up to ground level. From there you’ll have to run. Now go!” UBE commanded and pushed Karen, trembling, out into the hallway. She broke into a sprint down the hall and ran as fast as she could. She turned the corner, not looking back even once. The alien waited by the door patiently until he couldn’t hear Karen’s footsteps anymore, then turned and went back inside, the automatic door closing behind him.
“I hope she’ll be all right,” he said sadly to himself, shaking his bulbous head. “She has to be, for all our sakes.”

Andrew Demcak is an American poet and novelist, the author of five poetry collections and six Young Adult novels. His books have been featured by The American Library Association, Verse Daily, The Lambda Literary Foundation, The Best American Poetry, and Poets and Writers. He was a *FINALIST* for the prestigious Dorset Poetry Prize, the Gloria E. Anzaldúa Poetry Prize, The Crazyhorse Poetry Award, and the Louise Bogan Award for Artistic Merit and Excellence in Poetry.

He has a new collection of flash fiction/prose poems coming out from Nomadic Press in 2019 titled Cryptopedia. His newest YA/Teen GLBTQ2-S novel is Darkfeather, The Elusive Spark series, Book 3, (Harmony Ink Press, 2019). He recently released two other YA/Teen GLBTQ2-S novels, How Do You Deal with a Dead Girl? (Big 23 Press, 2018) which Kirkus Reviews called "An eerily amusing horror tale that will have readers rooting for the characters," and Alpha Wave, The Elusive Spark series, Book 2, (Harmony Ink Press, 2018). About his Teen GLBTQ Sci-Fi Coming-Out novel, A Little Bit Langston, The Elusive Spark series, Book 1, Kirkus Reviews raved "This book really ... takes its place in the marginalized-will-lead-us genre, as popularized by The Matrix and the X-Men franchises." His first Young Adult (YA) novel, Ghost Songs, was published March 13, 2014. His first literary novel, If There's A Heaven Above, was published January 5, 2013 by JMS Books, and was nominated by The American Library Association as an "Outstanding" novel for older Teens (17+). His first play, The Inevitable Crunch Factor, won the Cal Arts' New Playwrights Series and was cast and produced in a multi-week run. His fourth book of poetry, Night Chant, was published by Lethe Press. His other poetry books are: A Single Hurt Color, GOSS 183::Casa Menendez Press, 2010, Zero Summer, BlazeVOX [Books], NY, 2009 and his first poetry book, Catching Tigers in Red Weather, three candles press, 2007, which was selected by Joan Larkin to win the Three Candles Press Open Book Award.