In today's post, we'll look at The Pearl and The Pathfinders, from Geoffrey's romance novels, plus some little-known facts about our fabulous author. There's also a chance to win one of his book, all the way at the bottom of this post.


First up, The Pearl 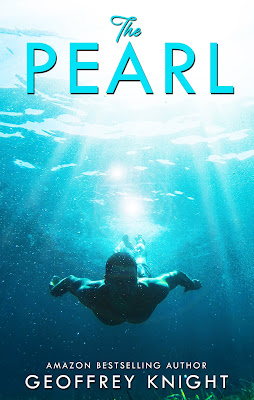 For two young boys growing up in the Northern Territory—half-Aboriginal Jarrah "Jad" Yindi and his best friend Luke Lawson—the remote beaches and aqua waters of the Top End are a playground of adventure. And as two best friends become young men, true love washes over them like the sea upon the sand.

But life is full of challenges and change, and if Jad is to discover who he really is, he must piece together his ancestral past, his dream-filled present and his uncertain future to become the man he was always destined to be.

Through water and fire; through love and loss; through the days of youth to the stories of the world's oldest living culture, journey across the heart of Australia to discover what's in the heart of one young man. 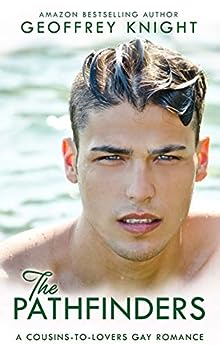 Hell, I knew the divorce from Sophie would break my heart, but I had no idea how lost and lonely I would feel once she was gone. Everything ended amicably, almost too peacefully, but now I’m facing a whole new chapter of my life. The only problem is, I don’t know what that chapters holds, or if anyone will ever be there to catch me if I fall again.

My only savior right now is my cousin and best friend Hux. We’ve known each other just about our whole lives, and his invitation up to the woods to help him rebuild the old cabin by Pathfinders Lake could be the one thing I need to figure out what plans the universe has in store for me… and the path I need to find.

Hell, I knew Jack’s divorce from Sophie would break his heart, but I had no idea it would bring to the surface all the yearning and pain and hopelessness I’ve felt over the years. The fact is, Jack’s the one and only person I ever want to spend the rest of my life with. But how do you tell your best friend—your cousin—how you truly feel?

I know I need to help him through the dark days following his divorce, but will I be able to keep myself from betraying all his trust by letting my true feelings show? Will inviting him up to the woods to help me rebuild the old cabin by Pathfinders Lake be the end of our relationship? Or will we finally find our very own path in this world together?


THE PATHFINDERS is a stand-alone Cousins-to-Lovers Gay Romance that shatters taboos to prove that love is love and always deserves a HEA.


WHEN I heard his truck coming down the drive my heart hammered in my chest harder than before. I’d been pacing the porch before I heard the truck, looking down the winding trail of the drive every second or so in search of him. The moment I heard the engine I glanced up to see glimpses of his red Chevy pick-up through the trees. Quickly I hurried back inside, not wanting to appear too damn keen like some old man sitting on a rocker on the porch waiting for the mailman.
With a squeak of brakes he pulled up outside and I thought to myself, I’ll have to fix those for him. Jack was hopeless at getting that damn truck of his fixed when it needed it.
But thoughts of trucks and brakes quickly left my mind when I peered through the window and saw him sitting behind the wheel as he pulled the truck around to the side of the cabin.
I broke into a sprint to greet him before I could even take a moment to tell myself to act cool and be myself. Hell, when had I ever ‘been myself’ around him? I was in love with my cousin, for fuck’s sake. There was no ‘being yourself’ with that kind of secret to keep.
Not that I was ever fake around him.
I was just never the… how should I put it… fully disclosed version of me.

The truck hadn’t even stopped moving before I yanked the driver’s door open and grabbed Jack by the T-shirt, using all my might to suppress the desire to rip that T-shirt clean off him.
“Get outta that truck and give me a hug, you son of a bitch.”
Before he could refuse me, I squeezed him in an embrace so tight I picked him up off his feet. I barely noticed the laugh I crushed out of him. I was too intoxicated by the scent of him. Those hugs—those welcome embraces—were the closest I got to smell him. Over the years I came to know the smell of him so well I could’ve picked up his scent on a crowded New York city block. He’d used the same shaving cream since he started shaving when he was sixteen; it had a kind of sweet, forest scent, like pinecones on a rainy day. It lingered with the smell of timber that seemed to permeate Jack’s skin on account of all the time he spent stacking lumber at the back of the hardware store. And then of course there was the smell of coffee. Jack had a coffee grinder at home, he poured the beans into it by hand and I don’t even know if he knew, but damn that man smelled just fine with the scent of coffee on his fingers and his hair from when he’d run with fingers through it.
Pinecones in the rain.
Timber.
Coffee.
That was the scent of the man I adored so much.
I felt my cock stiffen faster than I could control it and I had to put him down. I took him by the shoulders and pushed him back a step so I could take a good look at him.
“Well, you don’t look like a hermit,” I said. “After going into hiding for so long I was kind of expecting tattered clothes and a beard down to your knees. It’s nice to see you shaved.”
I couldn’t just see it. I could smell it.
“It’s nice to see you haven’t lost your sense of humor.”
“You’d miss it if I did, admit it,” I said, desperate to get him inside before he could change his mind and head back to town. I wrapped an arm around him firmly. “Come on, let me show you what I’ve done on the cabin. You’re gonna love it.”
“Oh wait.” Suddenly he slipped out from under my arm and my heart almost stopped. Had he changed his mind? Had my greeting been too much? Had I scared him off already? “I’ve got something you’ll love,” he said.
He turned and leaned far into his truck.
From behind I couldn’t help but watch his ass, so firm beneath a pair of jeans that were tighter than I’d noticed before. As he reached over to the floor of the passenger seat, his T-shirt rode up a couple of inches and his jeans hung kinda low, and my eyes gazed longingly at the top of his ass crack, pale and hairless and taunting me to hook my finger down there and yank him toward me.
Then suddenly he turned.
I swiftly lifted my gaze and licked the saliva off my lips.
There he stood beaming at me with an apple pie in his hands.
I quickly transported myself from my world back to his.
“Oh my God,” I said, thinking who might have made a pie. Jack loved his coffee but he wasn’t much of a cook, so it must have been—”Don’t tell me that’s from Mrs. H.”
“It sure is. I think she put a little extra love into it, just for you. I think she’s got a thing for you.”
I chuckled to hide my thoughts. She wasn’t the only one with a secret crush.

Geoffrey Knight is the author of more than 25 gay fiction novels, novellas and short stories, ranging in genre from gay adventure, gay romance, gay suspense and gay comedies. He is the recipient of two Rainbow Awards including Best Mystery Winner and Best Overall Gay Fiction Runner-up. His work has been featured in several anthologies including Best Gay Erotica 2013, and he appeared as Guest of Honor at the inaugural Rainbow Con in Florida, 2014.

Geoffrey has worked in advertising, politics and journalism, but nothing is as fun as telling stories. He lives with his partner, their young daughter and their small furry family in a rambling old house in North Queensland, Australia, where the paint is fraying and life is good.

Connect with him via his Amazon page.

Thanks for stopping by to celebrate this fantastic author with us. Come back next week for more of Geoffrey's books, a personal story he's chosen to share, and another chance to win.