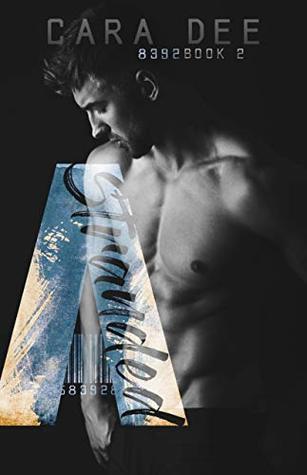 Stranded is the second book in The Auctioned Series. Before you read further, you should read Auctioned.


“You have my word, Gray. I will get you off this island, and I will bring you home.”
It was supposed to be an easy in-and-out job. Nothing Darius Quinn hadn’t done before. But this job had something none of the others did: Gray Nolan.
Like Murphy’s Law advised, anything that could go wrong, would. A mission to save one hometown favorite son was turning into a quest to rescue thirteen traumatized young men against odds so steep, he’d need an oxygen mask to scale them.
Facing new dangers and an uncertain future, Darius keeps Gray close and is soon forced to accept that this has become much more than an assignment. For a man whose reputation was built on being ice-cold under pressure, Darius is beginning to discover how good it feels to burn.

“Can I go to the waterfall and clean up? I feel gross,” Gray said.
Darius hesitated. Several of the others had already been there, though that was before it was pitch black outside. On the other hand, it would be a good idea to redress Gray’s thigh, especially after his stupid swim in the ocean earlier.
“If I go with you,” he decided. It wouldn’t hurt to get himself cleaned up too. His skin itched like nothing else, and perhaps he could wash away some of the tension in his body as well. It’d been one of the longest days he’d ever endured.
It was settled, and he grabbed a medical kit as Ryan extended a bag of something.
“Food and a towel.”
Darius nodded in acknowledgment, and then he trailed over to Gray.
To make the trek easier, they took the longer route along the beach, and when the little stream appeared, all they had to do was follow it.
“Don’t walk too fast, knucklehead,” Darius murmured.
Gray huffed a breath and slowed down a bit. “I just wanna get there—ouch.” He hissed and hopped on his good leg as he held his foot. “Fuck.”
“What happened?” Darius closed the distance, not that he could see shit.
“I don’t know. Stepped on something. It’s fine.”
“Wanna use my shoes?” Darius obviously hadn’t been able to pack proper boots, like the ones Ry had arrived in, but he’d included a pair of sneakers that he’d changed into earlier. Gray was more than welcome to them.
“It’s okay. They’re probably too big anyway.”
Maybe a size or two, but it would feel better than walking around a jungle barefoot. A jungle that, even if small in size by comparison, was alive with countless sounds. This time of year, the humidity wasn’t stifling, but the dampness was still wherever they turned. Leaves glistened in the pale moonlight. Frogs and birds competed with their calls, and the underbrush rustled with the breeze and invisible critters.
“Come on, we’re almost there.” Gray was walking again. “By the way, did you guys contact your sister?”

“Ry’s probably doing that right now. He’s gonna ask her to hold off for forty-eight hours.”
“Why? Can’t you just have her call the authorities to pick us up?”
Darius nodded and sidestepped a tree trunk. “The problem is Ryan and me. There’s a risk we’re not alone in the area, and if rescue arrives and he and I are spotted with all this gear by the wrong people, all this will be for nothing. If they suspect it’s all been one big rescue op…” He didn’t wanna finish that sentence.
Gray seemed to understand anyway. “They might come after us.”
Or their loved ones.


Promotional post. Materials provided by ElizaRae Services.
Posted by Sandra at 6:00 AM