Blogtour: Beneath These Fields by Ward Maia

First I want to thank My Fiction Nook for hosting me today and giving me the opportunity to introduce my first book, Beneath These Fields, to the world. Storytelling is something that has always intrigued me. To be able to share some of my personal thoughts and experiences through the words and actions of my characters is a privilege I am fortunate enough to go through.

Even though Beneath These Fields is a work of fiction, it is based on a real place and borrows from Brazil’s rich background and how the history of coffee is intrinsically tied to the history of my country. When I started writing Ellis’s story, I only wanted to write about two people from completely different backgrounds discovering the things they had in common and falling in love. I also wanted Ellis to go through the process of not feeling like he belonged anywhere, to finding his home, that one place we all can look back to with fond eyes.

The more I reread my History books and developed Ellis’s story, the more I wanted the focus of to be on Ellis finding his connection to his family and his land. To find his home.

That four-letter word came to mean a lot to me as I wrote about Ellis, Rudá, and their relationship – to each other and to the Blue Feathers Coffee Farm. As an army brat, that elusive concept was something I was never able to fully grasp. Moving around made it difficult to set roots and have a place to hang my memories in. That’s why Ellis’s experience still lingers in the recesses of my mind, letting me feel through him something I could never truly live.

More than that, I wrote this story in hopes of showing that a person’s home isn’t necessarily where they were born and that that concept transcends ethnic backgrounds, religion, time, and even death.

Hopefully my darlings Ellis and Rudá will stay with everyone who reads their story, just as they have stayed with me.

Do you have any elusive four-letter words? Drop a comment down below and one lovely lucky winner will get a free copy of my book! 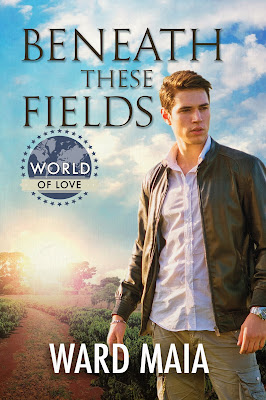 Sometimes true worth is well hidden.

Ellis Campos is a successful divorce lawyer with little to no time for a personal life. His predictable routine is disrupted when he inherits a coffee farm from an estranged aunt. There’s no room in his life for all the complications that come with managing a farm in another state. But his plans to quickly sell it and go back to the big city fall apart when he’s manipulated into spending a week on the estate.

Adding to the unexpected surprises, he meets Rudá, a native Brazilian who works on the farm, and while teaching him about his aunt’s home and family, also tempts Ellis like no one ever has.

He doesn’t expect his life to change in such a short time, but as he finds value and comfort in the farm’s routine, Ellis quickly realizes that, like the land itself, Rudá has secrets that could send him running back to Rio.


The middle of the afternoon found Ellis sitting amidst a pile of papers and folders, with dust motes floating around him.
Finding Meredith’s office was harder than he’d anticipated. Ellis opened dozens of doors and searched through countless rooms before he’d finally stumbled on the double carved wooden doors. They were closed but not locked.
It would’ve been easier to ask someone, but then he risked being shown the wrong office by “accident.” With that in mind, he did his best to skirt the people working inside the house. It hadn’t been too difficult, considering there didn’t seem to be that many people around. There were a couple of close calls where Ellis had to duck into a room or around a corner before being spotted. Hiding left him feeling ridiculous and paranoid because he was trying to be stealthy while moving around his own property.
He eventually stumbled upon Meredith’s office and, after making sure it was hers, started searching the shelves filled with documents and books. It turned out Meredith was quite the eclectic reader, and some of the titles, crammed in between ledgers and old receipts, he recognized from his own personal collection.

His stomach protested loudly the absence of food, but Ellis was used to pulling long hours without any nourishment. The ache in his lower back was a little harder to ignore.
He stretched his arms above his head while scanning the multitude of documents spread out in front of him. Sweat beads rolled down his back, and he sighed, lowering his arms.
The air around him was oppressively still, but Ellis wasn’t inclined to open the windows. There was something unsettling about the almost reverent silence in the room. Almost as if the crinkly and faded pages of the books were holding their breath. Waiting for the right hands to touch them and turn their pages.
It made the documents and ledgers he riffled through heavier than any sheet of paper had the right to be. Because Ellis wasn’t the right hands. It made him feel like an intruder.
His insecurities and feelings of inadequacy had made him their bitch in the past. He managed to work his way through them—or at least most of them—and he’d be damned if he let them take up any more real estate in his brain.
“Fuck it,” he muttered, rising from his cloistered position on the floor, surrounded by the old papers. He strode toward the windows and pushed them open.
A gust of wind carrying the scents of earth and all things green blew through the room, ruffling the pages of the ledgers spread out on the floor and scattering the loose documents around the room.
The sound of people talking and going about what he imagined were their daily activities filtered through the open windows, making Ellis cringe at the disturbance of the sepulchral room.
Even though his fingers spasmed and he wanted to close the windows and bolt out of the room, he forced himself to stand still and let the breeze cool his skin. 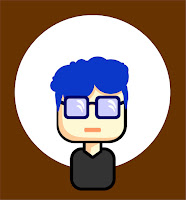 Ward Maia was born and raised in Brazil and has seen almost every corner of that great and beautiful country. With a M. in Geology and Metamorphic Petrology, spending time in underground labs was more commonplace than interacting with real humans, which lead to the creation of entire fictional universes. The heroes that populate those universes are usually flawed and find love in unexpected places.

Having travelled throughout the country, from North to South, Ward now calls the Northwest of Brazil home. Alongside a grumpy sixteen-year old poodle (that insists on always having the last word) and hundreds of paperback novels, Ward lives five minutes from the beach and enjoys drinking copious amounts of coffee and feeling the ocean breeze while writing about unexpected places and people. 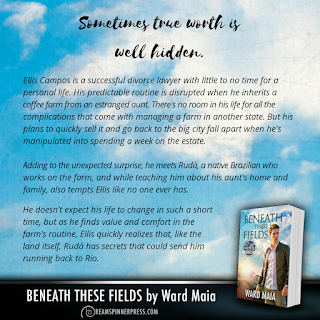