In today's post, we're going to look at The Buyout and Talk Turkey, and a personal story Bru has chosen to share. There's also another chance to win one of her books.


First up, The Buyout 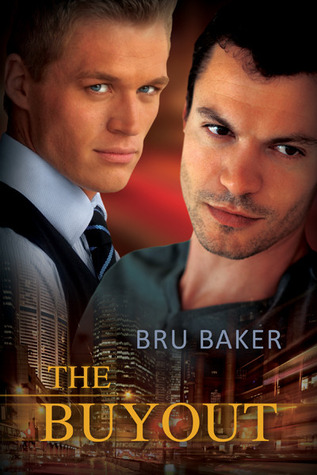 All Parker Anderson has ever wanted is to take over as CEO of Anderson Industries when his father retires. But when his father is ready to leave the company, he doesn’t plan to pass the reins to Parker. Instead, he plans to sell the company, jeopardizing not only Parker’s job but hundreds of others.

Parker finds an unlikely ally in Mason Pike, the company’s resident IT guru. What starts as a flirtation takes them from coworkers to co-conspirators in a plan to forcibly buy Anderson Industries out from under Parker’s father. While they focus on the buyout, their budding romance has to be put on hold, but that doesn't stop them from flirting and teasing each other to distraction—and once their master plan comes to fruition, nothing and no one can keep them apart.


Parker’s stomach dropped as he watched his computer freeze, flicker, and then reboot. He held his breath, counting out the seconds the way his friend Greg’s girlfriend, Jill, had taught him. She was a yoga devotee, and even though he still thought any activity that required that much quiet and contemplation was not a sport, he did have to grudgingly agree that her meditation techniques had helped him get a handle on his infamous temper. He’d gone through six assistants in eighteen months before Luke had come to him, and that had been four years earlier.

He credited it both to Jill’s anger management coaching and Luke’s absolute refusal to take him seriously. It helped that Luke had known him since college. It meant he knew when to joke around and when to take Parker seriously. So when Parker threw the door to his office open, panicking as he bellowed for Luke to call the tech department to get someone up there immediately before disappearing back inside without another word, Luke calmly picked up the phone and did just that.

Parker paced his office, casting a glance at his blank computer screen every thirty seconds or so. That was the amount of time it took to pace two figure eights around his office, skirting the couch and the worktable he’d had installed a few years earlier, since his desk was far too expensive and impractical for him to bother actually working on it.

All he had to do was send it to Luke to be printed and collated. Fifty pages of research and strategy that were currently lost in the ether, since he hadn’t backed up the data anywhere else, and he hadn’t had a chance to send it to Luke before the computer crashed.

Crashed. Parker snorted, looking from the computer to the door again, his anger growing as minutes slipped by without the arrival of a computer tech. Anderson Industries had an enormous technical department, larger than most of the others at comparable companies, because Richard Anderson had been a programmer himself before amassing his conglomerate. As a result, he was willing to sink a fair amount of Anderson Industries’ operating budget into technology and the staff to maintain it. They had a stable of top-notch programmers as well, not that Parker had the faintest idea what they did. The tech department fell under Parker’s purview as vice president of operations. It handled maintenance and installation on all the things like computers and phones, and that was all he needed to know. His father oversaw the programming division, since it was part of the corporation’s research and development section. A section Parker desperately wanted to handle. That was the reason he’d thrown himself into the Johnson & Co. buyout; he needed to be able to prove to his father that he hadn’t studied business at Harvard just to be in charge of departments that did things like buy office supplies, pay the electric bills, and fix computers.

Parker growled when he looked at his watch. He had nine minutes to retrieve the report, print it, and be at his father’s office. He spent the first two of them contemplating firing everyone in the tech department, a threat he would to follow through on cheerfully if someone didn’t come through the door in the next thirty seconds to fix his goddamn computer.

Forty seconds later, the door burst open without so much as a knock. A tall dark-haired man practically fell through it, tripping over the threshold and nearly dropping the laptop he carried.

Luke’s head popped in the doorway a second later.

“Mason Pike here to see to your computer,” he said, meeting Parker’s eye with a half smile. “Sir. 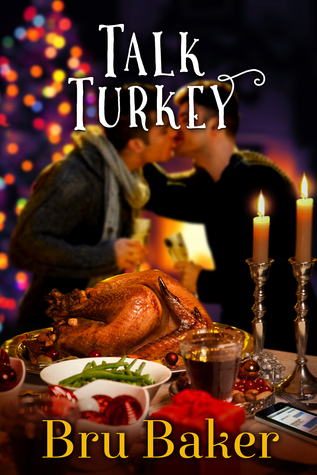 Carson is a California transplant settling into life in the Windy City. On his first Christmas away from home, he assures his worried family he’ll be having a real Christmas dinner.
Recent culinary school graduate Tom Stockton earns some extra money giving out cooking advice at the Talk Turkey hotline. Tom’s honeyed voice and sharp sense of humor are attractive to the lonely Carson, and Carson finds reasons to call the hotline again and again. But on Christmas Eve, Carson’s call is less playful and more panicked with the big meal looming. Carson is just looking for advice, but Tom has a surprise in store that might lead to much more.


It couldn't be that difficult. People had been doing it for centuries. Longer, even. Man had probably started roasting turkeys over the fire as soon as someone realized the ugly buggers were edible.

Not that the pristinely wrapped turkeys in front of him bore any resemblance to the sort of turkeys he was used to seeing. These weren’t crispy-skinned and steaming, with drumsticks and wings held aloft with string, ready-to-be-carved turkeys. They were vaguely ovoid-shaped and covered in bright yellow netting that didn’t look the slightest bit appetizing.

Did he need a turkey with a timer in it? How would that even work? Wasn’t that what a meat thermometer was for?


Carson paced in front of the display. What size did he need? They seemed to range from big to enormous, and they’d always gotten two of the enormous ones at home. But had they come from the grocery store? He didn’t remember. Turkeys always just appeared in his parents’ refrigerator a few days before Thanksgiving and Christmas. Now that he was thinking about it, none of the turkeys had ever had the weird netting stuff on them. Did that mean he was in the wrong place? Where else could you buy a turkey?

Carson sighed and fidgeted with the phone in his hand. He could solve this easily by calling his mom. One little phone call and he’d know exactly what size to get and what to do with it. But then she’d be worried about him spending Christmas Day alone, and that was the whole reason for being in the turkey aisle in the first place.

Moving a few days after Thanksgiving had been a stupid idea. Now he was stuck all the way across the country, too new in his job to take time off to go home to celebrate with his family like he usually did. And his mother was leaking anxiety all over her e-mails and Skypes, even though Carson could tell she was trying hard not to.

He was a grown man, for God’s sake. Why did it matter if he was spending a holiday alone eating a Hungry-Man dinner? Sure, it wasn’t ideal, but he’d been in Chicago less than a month. He didn’t have any friends to speak of, and all of his family was on the West Coast. He expected he’d have a few rough times, and this was just one of them.

But she’d been so happy when he’d told her he had plans for Christmas. He’d hedged and avoided outright lying when she asked who they were with, making noncommittal sounds as she made assumptions about coworkers and neighbors and all these friends she seemed to think he was making. In reality, his plans involved Netflix and something he could microwave. But then she’d started sending him recipes and Pinterest boards about holiday decorations, and it had all spiraled out of control.

It was tempting to just snatch a picture off the Internet and send her that, but she was surprisingly computer literate these days, and there was a not insignificant chance he’d be found out.

So here he was, standing in front of a daunting display of turkeys in Safeway because his mother had made him promise he’d send her a picture of the turkey he was making.

I was in my thirties when I confessed something I’d kept a secret my entire life… and that was my husband’s response.

I met him in college when I was seventeen and we started dating almost immediately. I won’t say it was love at first sight, because I was dating a few other people at the time. But he grew on me, and it wasn’t long before we were exclusive. We dated all through college--through my internship in DC, through me backpacking through Europe for months. We married on the five-year anniversary of the day we met.

I’d never dated a girl, but I’d kissed a few. And I knew I was attracted to women as well as men. But I fell in love with a man and married him, so it didn’t seem like I needed to come out as bisexual. That’s probably why I was so drawn to M/M and F/F fiction--it gave me a way to live vicariously through out characters.

I was in my early thirties the first time I heard the phrase “bisexual erasure,” and it changed everything for me. I realized that by not coming out I was inadvertently erasing my own sexual identity. Worse, I was contributing to the toxic heteronormative preconception that if a bisexual was in a relationship with someone of the opposite sex were heterosexual. But before I could come out to the world, I had to come out to my husband.

And that bastard Han Solo’d me.

Of course he did. He knew me, and even if I’d never put voice to my bisexuality, it was as much a part of me as my dark hair and the freckles on my shoulder. We’ve been together more than 20 years now, and my bisexuality isn’t a secret from the world anymore. And my husband isn’t threatened by it in the least, because he knows that while I’m attracted to both men and women, only one person has my heart, and it’s him.


Thank you for celebrating this fabulous author with us. Come back next week when we'll look at the Camp Howl books, plus our author interview, and one more chance to win.