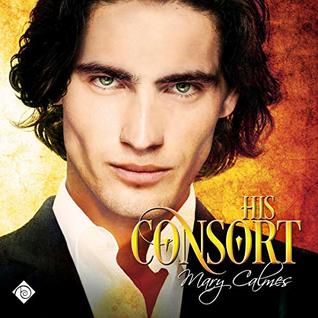 A new life in New Orleans is all Jason Thorpe had hoped: his quaint little store attracts a devoted staff and his warm, loving heart grants him a loyal circle of friends. He's perfectly content, having left behind the chill of a confusing and danger-filled night in Washington, until he discovers something unbelievable lurking in the steamy darkness of the shadowy streets of the Vieux Carré, something that turns out to be terrifying... and utterly mesmerizing.

The prince of the vampyrs, Varic Maedoc, is visiting New Orleans when he finds out the man who once helped his counselor is there in the Quarter. He thinks to simply meet and thank Jason—until he lays eyes on him. Varic’s devoted himself to protect the honor of his race, and he's never wanted a mate before... but he immediately knows he must have this man, and no one else will do.

Varic may want to bring Jason safely into his world, but someone who doesn’t like the human's soothing influence on vampyrs has deadly plans that would disrupt Varic's dreams. Now, unable to tell friend from foe, Jason finds himself wondering how to hold on to the prince’s heart when he’s fighting for his life.

It's Mary Calmes's Vampyres on audio...of course I had to hear this...

If you follow my reviews and thank you for doing that by the way, than you also know I've read this book. I'm kind of getting addicted to doing that...reading a story and then listening to the audio...I've discovered it's something that I really enjoy doing.  Although it's not often that I want to re-read a book I love listening to audio books...some of them over and over and over again. It's just a thing that I enjoy doing. So since I've already read and reviewed this story as an e-book I'm going to steal from it for some of this review, so if something seems repetitious it's probably because it is...

I have a small group of authors that I'll just read whatever they write and the reasons may vary but mostly it's the entertainment factor and just the fact that for whatever reason I can easily escape into the story and enjoy it without a lot of deep thoughts or intellectual rhetoric involved...what can I say, sometimes a girl just wants to read a story that's entertaining.

So just to summarize there are a number of reasons that I had so much fun reading this story and they've all held true in listening to the audio book and they were...

I really liked both of the MCs.  Jason Thorpe was the expected 'everyone loves him' MC and I liked wandering through the first part of the book as his history and character were layered onto him and we got to see how he came to be in New Orleans and the events that slowly converged to bring him together with Varic Maedoc, Prince of the Vampyres.


I liked the slightly different twist that the author brought to the origins of these Vampyres and the interesting collection of secondary characters that helped to flesh out this story characters such as Cooke, Leni and Ode but most of all I loved Tiago and Hadrian...whom, I probably liked even a tiny bit more than Jason and Varic...I think, I'd need to read their story to be sure (this is what we call a subtle hint at my house).

Last but not least I really like how this was all laid out with an underlying theme of  Vampyr politics running throughout the story driving both the romance and the mystery/action part of the story. All of this along with the Vampyr social structure, their language combined to create a daunting task of how to share the information with the reader and keep it from being simply a large and ultimately tedious info dump. I loved that these Vampyres weren't portrayed as a hidden culture existing in modern times with ancient ways...nope, these guy knew about cell phones, computers internet websites but there were still a select few Vampyr stereotypes that popped up in this story as well and that's cool it was a good mix of the new and the familiar.

So all in all for me the audio book was every bit as delightful as the e-book with the addition of new to me narrator Scott Smith and let me say this poor man had some big vocal cords to follow in since out of the 54 English language audio books by this author 30+ of them have been narrated by 3 of my absolute favorite narrators so I admit I was a little nervous about this...what I wasn't was disappointed. Scott Smith's narration definitely ticked off my list of 'things I want in an audio book' and I was left having enjoyed the story and feeling comfortable that should Scott Smith's name show up on future audio books that I'm interested in...everything will sound just fine.

An audio book of 'His Consort' was graciously provided by the publisher in exchange for an honest review.