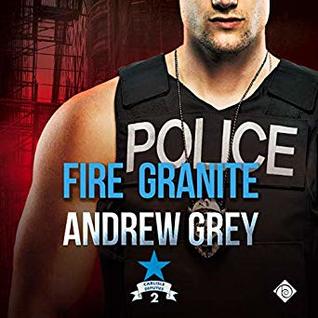 A Carlisle Deputies Novel The heat is growing from the inside, but danger is building on the outside.

Judge Andrew Phillips runs a tight ship in his courtroom. He’s tough, and when he hands down a sentence, he expects to be obeyed. So when a fugitive named Harper escapes and threatens his life, Andrew isn’t keen on twenty-four/seven protection… especially not from Deputy Clay Brown. They have a past, one that could cause problems in their careers.

But with Clay assigned to Andrew and the two of them together every minute, there’s nowhere to hide from their attraction—or from the fact that there’s much more than chemistry blooming between them. As the threat intensifies, Clay knows he’ll do anything it takes to protect the people who are taking their places in his heart: Andrew and his young niece and nephew.

Two men on the same side of he law...and still that's not enough to quell the animosity between them until one man is put into danger...

Judge Andrew Phillips has it all under control in his courtroom...he knows the law and he's a master at maintaining order in his courtroom. But when a fugitive named Harper escapes and sets about keeping his promise of revenge on the man who sent him to prison. Judge Andrew suddenly finds himself being guarded 24 hours a day, seven days a week by Deputy Clay Brown...his control begins to slip.  As the danger escalates Andrew and Clay both begin to let down their barriers and begin to discover that they each might just be what the other man needs in his life.

I've been a fan of Andrew Grey's for a while now and I have to admit that recently things have been hit and miss for me but with this second installment of his 'Carlisle Deputies' series things are hitting their stride again and as with the first book I've really enjoyed this one.


I like Clay and his little dog too...yes, Clay has an adorable dog named Petey, who'like my own dog is pretty sure that the whole world is around just to give him love but he's a really good little guy and I think he might be right...sorry, I love pets in stories so I felt compelled to ramble about Clay's adorable dog for a moment.

While 'Fire and Granite' is a romantic thriller and really not a mystery the author has still given us a bit of a surprise ending and we get to see a bit of Red and Terry from 'Carlisle Cops' the series that spawned the 'Carlisle Deputies', so for fans of that series' there's  a bit of a treat. I haven't read this series yet but I will confess I do own the books and it's on my TBR list or maybe I'll add it to my 'TBLT' list (To Be Listened To).  While I liked Judge Andrew, i have to admit Clay was definitely my favorite. he was strong and confident but not to the extent of being arrogant or conceited and he seemed to someone who was incredibly kind...in general he was the type of person that any law enforcement agency would be lucky to have.

Overall I really enjoyed this story and while I would have liked the relationship development to be a little bit stronger this was still a nice enjoyable story and Greg Tremblay as the narrator only made the story that much better. I have to admit that while I've lost track of how many audio books I've listened to with Greg Tremblay as the narrator, I have no problem remembering the number of them that I've had a problem with the narration and that would be zero...zip, zilch, nadda, none! I have a very, very short list of narrators who I don't need to worry about listening to a sample because I know I'm going to enjoy  their narrations and from the audio standpoint I won't have any issues or concerns.

'Fire and Granite' is what the world of music would call 'easy listening' you get to just sit back, relax and enjoy the story effortlessly.

An audio book of 'Fire and Granite' was graciously provided by the publisher in exchange for an honest review.