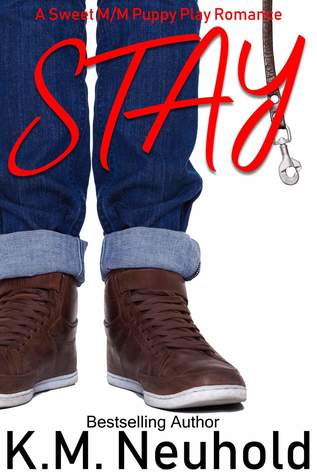 What happens to a couple when one of them discovers a new kink that he’s not sure his partner will be into?

I’m sure you get messages like this all the time but I feel like I don’t even know who I am anymore. I suppose I should start from the beginning... Three weeks ago, I saw puppy play for the first time and now I can’t stop obsessing about it. Wait, no, that’s not really the beginning...Ten years ago, my best friend who I’d been in love with my entire life told me he loved me too.

For ten years I’ve been living in complete bliss with Lars, the man of my dreams. Don’t get me wrong, we have our fights and disagreements (mostly because I do irritating shit and every once in awhile he reaches the end of his patience), but he is my other half in every way. I didn’t know I could love someone the way I love him.

Then, three weeks ago, I saw puppy play for the first time and now I can’t stop thinking about it. It’s not so different from when I realized I was gay, there was a moment where everything sort of clicked into place and my whole body was like “yes, THAT’S what we’ve been trying to figure out all this time.” At first I thought maybe I should just let it go because it’s not the kind of thing I can imagine my partner being into. But last week I went into a kink shop and ended up walking out with a puppy hood. I stashed it in our guest bedroom closet and haven’t even had the courage to take it out and try it on again, let alone show it to Lars. I don’t know what to do. How do I bring this up to him? And what if he isn’t into it? I feel like I don’t recognize myself anymore and I don’t know where to turn. Please help.

After reading the blurb I was almost certain I'd be uncomfortable for a major part of the book but I wanted to try it anyway, mainly because it was about an established couple. That little detail is what sealed the deal for me and I decided to give this story a try.

I was very surprised to find out that the book was mostly sweet and playful, centering around two people discovering something new about them and exploring it together. Jonah and Lars found a new aspect of their relationship that they hadn't noticed it was there, in the background, all along. So after ten years as partners and a lifetime of being friends they decided to try something new and see how and if it worked for them.

There was a bit of angst at the beginning as Jonah was trying to figure what his new fascination meant for him and his relationship and I was giddy reading about those weeks of him being secretive and distant and Lars suspecting all kinds of things, because I was sure they were going to make it and a misunderstanding like that wasn't enough to damage what they had built.


I liked that the bigger of the two was the submissive and that the smaller was taking the lead (pun intended) in their lives. Jonah was happier when he didn't have to think about everyday stuff and when Lars was taking control and making decisions for him. That wasn't something new for them, but it started playing a bigger role in their lives and they began to experiment with it.

We have a perfect HEA for the couple and a promise of more books like this one where various side characters will find their match. I liked this first installment but I'm not sure if I'll continue with the series unless there are more stories about established couples.

*An ARC of this book was kindly provided to me by the author in exchange for an honest review. *

Thanks for stopping by, I hope you enjoyed my review. Happy reading!