Spotlight: The Fountain Of Geneva by Michael Ampersant 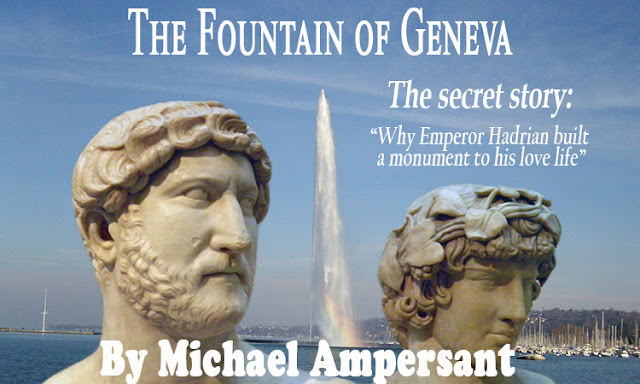 Today we shine the spotlight on Michael Ampersant and

The Fountain Of Geneva 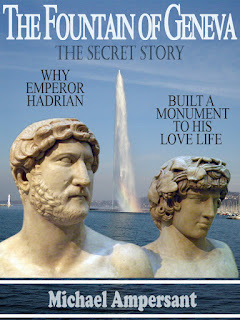 We’re off to Europe on our honey moon, Alex wants me to show him my native country. We book a flight into Paris and end up in Geneva because France is on strike and Charles de Gaulle, the airport, is closed. Next thing, we find ourselves strolling through the Swiss city, a bit red-eyed from the flight, and alight on a park bench near the shore of Lake Geneva, snow-topped mountains left and right and in between the Alpine mega-pond.

We’re not the only people out, and some guy walks up the shore and then down the shore and finally asks whether the remaining mile of park bench is taken. He speaks French but switches to English as soon as Alex opens his mouth. He sits down, a middle-aged gentleman equipped with a Swiss-Swiss watch, watches his watch, studiously, and finally says, briefly lifting his gaze: “Two minutes.”

We return his gaze, he says: “One minute.”

“Hundred thirty two gallons of water per second,” he says, “reaching 140 meters into the sky. The Fountain of Geneva. The planet’s most spectacular ejaculation. Since 2000 years.”There are worse ways to make a pass at people, I think to myself, especially if you’re into threesomes. Next thing, the guy says: “You know, there are better ways to make a pass at people. That’s what you are possibly thinking, hein?”“Yes,” I say (let’s cut this short).
“You want to hear the story?”
“The story?”
“The story of this fountain.”
“It’s on the internet, I guess,” I say, but Alex grabs my wrist again.
“No-no,” the guy says, “it’s still classified, after all these years.”
“My name is Alex,” Alex says, “this is John.”
“Enchanté,” the guy says, “I’m Richard, Richard Zugabe. I’ve been the librarian of the city archives for many years. I am the only one with access to the relevant files. Which means something, here in Switzerland. You want to hear the story?”

“Yes,” Alex preempts me.
“You boys have possibly heard of Hadrian, the Roman emperor from 117 through 138 AD. Hadrian was a spectacular personality, highly intelligent, schooled in the gymnasia of his native Spain and the philosophical academies of Greece, widely beloved as a ruler—especially after his death—and famous for his liaison with the Greek youth Antinous.”(Yes, we heard of him, sort-of.)“Antinous drowned during a pleasure cruise on the River Nile in 130 AD. It took Hadrian a lot of casual sex to get over this loss—read Marguerite Yourcenar’s biography if you don’t believe me—so he traveled the length and breadth of his realm to meet new people. Eventually he passed through Geneva, then a secondary town on the border of Helvetica with access to the mysterious, largely unexplored Alps. Geneva had been the butt of jokes for quite some time because Julius Caesar had visited the place once and—preceded by his reputation—been presented with a special welcoming present, a young slave of Nordic extraction, blue eyes, blond hair, oh-my-god body, and special training in the erotic arts.