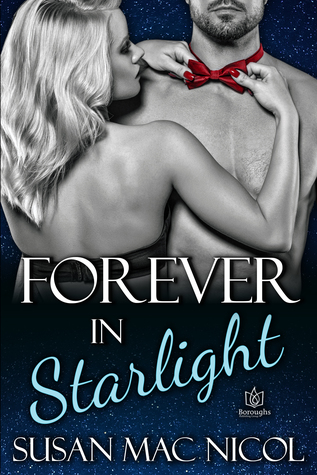 Bennett and Cassie are at it again, this time looking the ultimate challenge in the eye and deciding, after everything they’ve been through, why not?

AFTER ALL THIS TIME

Some people are meant to be together, even if they find each other through tragedy. When Bennett Saville’s brother jumped off a bridge and landed on Cassandra Wallace’s car, their lives become intertwined in a way they never wanted to unravel. But so much has happened, and most of it would have been soul destroying if they hadn’t had each other. And now, after all these years, they are ready to take the final step to declare their love, but Bennett’s star is rising fast, and being a famous actor with a hit movie might undo all the trust they have built their love on.

Cassie isn’t the jealous, insecure type, but things have changed, and so has Bennett. Coming into his prime as a man and as a highly regarded actor, Cassie, ten years older than her lover, begins to worry that their foundation is shaky, and that she can’t compete with the jiggly twenty year-olds who throw themselves in Bennett’s path. What she can’t see is herself through Bennett’s eyes. If she could, she would know always and forever is all he ever wanted with his Cass.


I’d like to tell you a little bit about one of the books I wrote. It’s called Love and Punishment. I did a Q and A for you.


What enticed you to write about cops?

Oh hell, who doesn’t love a policeman? Especially if they happen to be in uniform...well, Anthony doesn’t wear one as he’s a detective in the CID but he’s Italian and a complete stud muffin and that’s all I need to know. I had a real yen to write a crime drama and everyone knows you can’t have a crime without a cop. So Anthony strode onto the scene all muscles and attitude. I really enjoyed writing about this aspect of the book. I love cop movies and thriller novels so writing my own was just the next step in my repertoire…

What surprised you most in research/writing the book about law enforcement?

The research was pretty matter of fact, researching the different ranks and procedures of the police force. I think we’ve all seen enough CSI and Wire in the Blood, or Silent Witness to have a vague, if not perhaps sensationalised idea, of how the forces of the law work. The reality is sometimes a lot more boring and involves a lot of paperwork, grunt work, slogging it out on the streets and less ‘wham bam people shooting at you and you go all hero on their arses’. There’s also a huge psychological impact to being a policeman and seeing people hurt, die and be abused on your watch. We tend to forget that behind the metaphorical uniform these cops are real people with real emotions doing a very tough job.

If there's one thing you could let readers know about this book, what is it?

That I had a lot of fun creating a crazy bisexual serial killer who could charm birds of out trees and yet harbours a sociopathic nature. I enjoyed making Blair Malcolme a really nasty piece of work yet one who might grow on a reader as a real villain. He’s a man who’s simply strolled through life taking what he wants and hurting a lot of people in the process. Yet in the end, he gets what he deserves. And that to me is the pivotal theme of the book, although it isn’t embellished in too much detail as I didn’t want to preach to people. I wanted people to think about which side of the fence they sat on. Perhaps challenge their way of thinking as society has dictated and wonder whether there was any truth in the whole ‘punishment fitting the crime’ argument. This is a fairly controversial topic but then I’ve never shied away from controversy in my stories. It makes life …interesting. 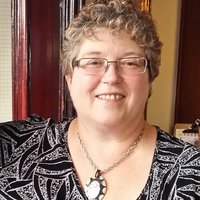 Susan writes steamy, sexy and fun contemporary stories, some suspenseful, some gritty and dark and others that hopefully make you think. She’s also Editor in Chief at Divine Magazine, an online LGBTQ e-zine, and a Charity Board trustee at The Being Me Campaign in London.

Susan attained PAN status with the Romance Writers of America with her first M/M book, Stripped Bare. She’s currently a member of The Society of Authors in the UK, and the Authors Guild in the US. She enjoys being a member of Queer Romance Ink, All Author, Book + Main Bites, and the Paranormal Romance Guild.

She loves going to the theatre, live music concerts (especially if it’s her man crush Adam Lambert) walks in the countryside, a good G &T, lazing away afternoons reading a good book, and watching re-runs of Silent Witness.
Her chequered past includes being mistaken for a prostitute in the city of Johannesburg, being chased by a rhino on a dusty Kenyan road, getting kicked out of a youth club for being a ‘bad influence’ (she encourages free thinking), and having an aunt who was engaged to Cliff Richard.