In today's post, we're going to look at Training Season and Training Complex, plus five little-known facts about Leta. There's also a chance to win one of her books! 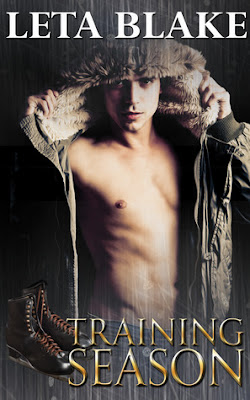 Unquestionably talented figure skater Matty Marcus is willing to sacrifice everything for his Olympic dream, but his lack of discipline cost him the gold once before. Now the pressure’s on. He needs a coach who can keep him in line, but top coaches don't come cheap, and Matty can't afford to stay in the game no matter how badly he wants to win.

When a lucrative house-sitting gig brings him to rural Montana, Matty does his best to maintain his training regimen. Local residents turn out to be surprisingly tolerant of his flamboyant style, especially handsome young rancher Rob Lovely, who proves to be much more than a cowboy stereotype. Just as Matty requires a firm hand to perform his best on the ice, Rob shows him how strong he can be when he relinquishes control in the bedroom. With new-found self-assurance, he drives himself harder to go straight to the top.

But competition has a timetable, and to achieve his Olympic dream, Matty will have to join his new coach in New York City, leaving Rob behind. Now he must face the ultimate test. Has he truly learned how to win—on and off the ice—during his training season? 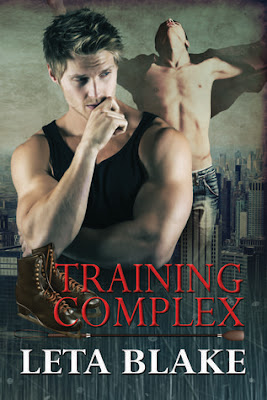 After Rob sold his ranch and Matty hung up his skates, they started a new life together in New York City. Now Matty has taken on a fresh challenge as a figure skating coach, and Rob's second career as a physical therapist should be everything he's dreamed of. But in the brutal heat of their third summer in the city, Rob yearns for the wide-open country, and the intensity of city life awakens Matty’s demons.

Their love is deep, but Rob will have to admit the truth about what he really wants before they both tumble into chaos.


Matty didn’t do things in half-measures. He was ambitious, driven, and, in Rob’s opinion, hopelessly drawn to careers that were destined to break his heart. So, of course he wanted to work with the older kids and become a big-shot coach like Valentina or Chuck Forenza one day. Matty’s egotistical striving was charming, inspiring, and sexy even, but figure skating was and would always be emotional ground zero for Matty’s worst trauma, and coaching hadn’t proved to be much different so far.
The children by the boards whooped, fixing Rob’s attention to Matty’s figure flying over the ice. A hot pink tee over a black thermal shirt and black leggings screamed everything a casual viewer needed to know about Matty: transgressive, classic, amazing, and effeminate. Perfection in Rob’s eyes.
Matty landed a fantastic double-Axel-triple-toe like it was as simple as breathing. His edge work fell in perfect rhythm and his arms lifted gracefully, fingers just so. His dark hair flew around his face, and his muscular ass was perfect in the tight leggings. Though he looked too thin, he was still strong. As the song moved into the bridge, Matty slowed into a bending, rolling move of such flexible, impressive agility that Rob swallowed hard, a curl of heat in his gut burning in answer to Matty’s beauty and skill.
As Lady Gaga’s “Applause” continued to pulse through the rink, Rob leaned against the boards watching Matty kill the routine he’d choreographed for himself the prior Christmas. It’d been for a charity show he’d done for his ex-agent, Joanna. But since firing Joanna due to lack of funds to pay her, he hadn’t had any opportunities for shows anyway. Matty’d been nailed so firmly to the wall between assistant coaching for Valentina and his intense, new head-coach relationship with little Sabrina that he hadn’t had the time to look for shows on his own.
Rob knew it lacked generosity to admit, but he wasn’t sure Matty acting as Sabrina’s head coach was actually a good thing. After all, what had her sudden blossoming brought them? A barely eked out bronze at Junior Worlds, even more tension between Matty and Valentina, and shit-tons of pressure from the Federation.
The beat throbbed on, and the kids added to the intensity of the building chorus by beating their hands against the tall safety glass along with the rapid drumbeat and recorded hand claps. Matty responded to their encouragement by throwing even more passion and expression into every movement. His hair swirled around flushed cheeks and his dark eyes stood out against his pale skin. His lips shone bright pink beside the pink and black of his training clothes and the white of the ice and boards. His hips swiveled and his back arched as he danced across the ice, and then he straightened, skated backwards to catch some speed, and went up for a triple Lutz, triple toe combination. He turned out on the landing, but no one cared; even Matty seemed too in the groove to focus on his mistake. The kids shouted encouragement.
As the song came to an end, he slid on his knees across the rink, his back arched and hair dragging along the ice, picking up snow. The last beat clipped off, and he stayed there, his chest heaving with exertion and eyes on the ceiling, his face flushed from the effort. The kids banged on the glass again in appreciation, and as Matty began to straighten, they all scampered off back through the doors to their parents and the final preparations they needed to make before the start of their lesson.
Matty didn’t stand immediately, though. He kneeled in the center of the rink, his hair wet with melting ice that ran down his neck, as his eyes ran the length of the stands. Rob could see memories playing across his face: the cheers, screams, applause, and the potential of an Olympic medal not yet snatched away. His chest felt hollow for Matty as he heard the echo of long-past thunderous roars of approval. He knew Matty still ached for the sound as much as he ached for the missing gold that would have proved he was as good as he could possibly be. Better than the best. Oh, sweetheart.
Rob clapped his hands enthusiastically but didn’t give in to the temptation to whistle, knowing Matty would take it as mockery instead of appreciation. Clapping was as good as he could give right now. Later when they were home alone, he could give something else to make Matty feel how very good he had been and always was. Something to interrupt the stream of negative thoughts he knew bombarded Matty at times like this. He’d give him something hard and difficult with a reward at the end to send Matty over the moon. That was Rob’s specialty.

I’m a fairly open book, so I don’t know if any of these count as ‘little known’ or not, but here we go:

If you’d like to be among the first to know about new releases, you can sign up for Leta’s newsletter HERE.

Or you can find out more about her by following her online:

Thanks for celebrating this fabulous author with us. Come back next week for more of Leta's books and another chance to win!

Email ThisBlogThis!Share to TwitterShare to FacebookShare to Pinterest
Labels: Author of the Month, excerpts, giveaways, promo