Spotlight: Love Beneath The Lake by L. Summers 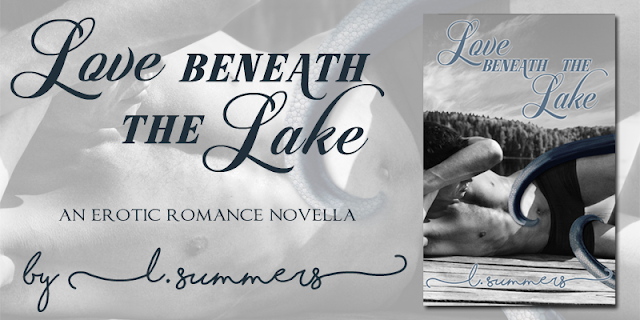 Today we shine the spotlight on L. Summers and

Love Beneath The Lake 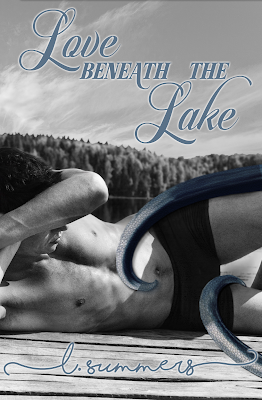 Evan Massie has always been drawn to the water. So when he discovers his ex-boyfriend’s cheating and manipulations, the first safe place that comes to mind is his family’s old cabin on the lake. It’s remote, completely off the grid, and offers Evan the one thing he needs most: solitude.

Except Evan may not be as alone as he thinks. There is something living in the lake, an ancient, mythical being that is connected to Evan in ways he never thought possible. The discovery might be just what Evan needs to help mend his broken heart—and to reignite the passion that he thought had been extinguished.


The storm had moved on by the time Evan awoke, though the light through the windows was a depressing gray. He went about his morning routine sluggishly, starting the coffee maker and pulling on a pair of shorts.
The world outside the cabin looked like a tornado had blown through. Trees had fallen over, and branches were strewn across the ground.
But worst of all was the trash that Evan had kept in a bin just outside the front door, ready to be hauled back into town the next time he went for supplies. He kept the lid tied down to prevent animals from getting in, but apparently the force of the wind had torn the rope free and tipped the bin over.
And now litter was scattered across the lakeshore.
The sight of it made Evan feel sick. It had only been a week, but the lake was already beginning to feel like home in a way. He felt like he was recovering there, and now there were unnaturally bright pieces of trash everywhere he looked.
Coffee forgotten, he grabbed an empty garbage bag and got to work.
It was an hour before the shore was once again litter-free. His back ached from hunching over to pick up soup cans and empty plastic containers, but it was worth it as he looked around and spotted only nature. Nature…and something else.
Someone else.
There was someone in the lake.
The sight was so unexpected that Evan froze, halfway bending over to pick up an empty soda bottle that had washed up on the shore. He glanced at the figure in the water, then blinked down at the Diet Coke bottle, before straightening and looking back at the lake.
The person was still there.
It was a man, maybe Evan’s age or a little younger. He was mostly submerged in the water, only his head and the top of his shoulders showing, and far enough out that Evan could only make out pale skin and dark, wild hair.
Maybe one of the townspeople had come out to the lake for a swim, he reasoned.
“Hello?”

The man in the lake jerked in surprise, then vanished under the water.
Evan waited for him to come back up. It was only when he realized that it had been a full minute and the man showed no signs of resurfacing that he started to panic. Was the stranger drowning?
With a muttered swear, Evan kicked his shoes off and plunged into the lake. The water was colder than usual, maybe from the rainfall, but he warmed up quickly as he swam out toward the spot where the man had vanished.
It felt like an hour before he reached the place where he thought the man had been, though he knew it was probably only a minute. There was still no trace of him anywhere. Frantic, Evan sucked in a deep breath and dove beneath the water.
Beneath the surface it was murky, the water muddy from the storm and sunlight only penetrating a few feet. Evan looked around, trying to find some sign of the pale body he’d spotted.
There! A movement, out of the corner of his eye! He spun around, but there was nothing there. Another movement, this time from behind him, and Evan felt something brush against the back of his calf.
A fish, he told his racing heart. It was probably just a fish.
His lungs were burning by now, and there was no sign of the pale man. Evan kicked his feet, ready to head back to the surface—
—when something wrapped around his ankle.
Evan felt his remaining breath leave him with a punch, and his last vision was of watching bubbles float upwards while he was dragged farther down into the lake.
And then everything went black.

You can find L. Summers on twitter at @LSummersWrites.