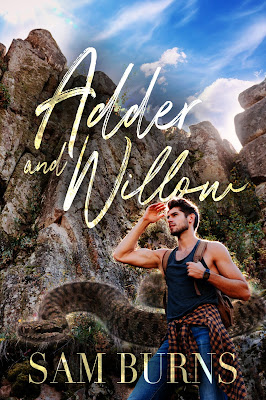 Fletcher Lane has a problem. His boyfriend’s parents are coming for a visit, and they want to meet up. He’s ready to commit, so what happens if his prospective in-laws don’t like him? And how is he supposed to keep Rowan Harbor’s unique nature a secret when he might be the worst liar ever born?

To make matters worse, when he finds and helps two strangers stuck on the road, it leads him to a new threat: the man who’s been terrorizing the town has set events into motion that endanger more than just Rowan Harbor. Can Fletcher and his friends stop him before there’s nothing but a smoking crater where the Oregon coastline used to be?

This series just keeps getting better, with every new book the author releases.

Adder And Willow is the 6th book in the series, and the third book of the 2nd trilogy, in which we catch up with Fletcher and Conner, whose relationship is still growing.

Now Conner's mother and step-father are coming to visit, and Fletcher is dreading meeting them. Not because he doesn't want to meet his boyfriend's parents, but because he's a terrible liar, and he knows that he's no good at keeping secrets. And the supernatural parts of himself and Rowan Harbor must be kept secret from outsiders.

Fletcher is also having meetings with Oak, the Dryad, who have been working with Fletcher to continue the training his mother couldn't. It is during one of these meetings that Fletcher finds out something he may have already sort of known, but that might put his future with Conner in danger.

And, as if that isn't enough on his plate, he also stumbles across two strangers in a stranded car, a mother and son, who are intrinsically linked to Rowan Harbor.


I just adore this series. The characters are complex and fully fleshed out, and each one is so different. There is never any confusing one character with another, because they all have different personalities. Fletcher may be one of my favorites, because while he's timid to some extent, and not assertive, he has much more steel in his backbone than he realizes.

Conner is still growing into his new powers (you'll have to read the previous book to find out about that), and he's going to be tested here.

What also stands out about the characters is how they're all connected - not only because of their supernatural powers, but also because they feel like family, and they treat each other that way. They stick together, they stick up for each other, and they work together for the common good.

The book is alternately humorous and serious. There is action, there is danger, and there are sweet moments between Fletcher and Conner that really cement their relationship.

This series cannot be read out of order - each subsequent book builds on its predecessor - however, each book does end in a satisfying way. There are no cliffhangers.

The writing style of this author really works for me, and I flew through the pages.

** I received a free copy of this book from Signal Boost Promotions as part of this review tour, in exchange for an honest review. ** 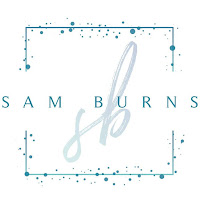