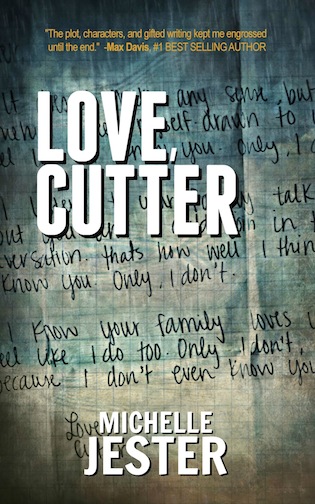 
After an attempted suicide Carter finds himself in a coma. He is able to hear the world around him, yet he can’t move. What he hears propels Carter to begin to see life in a new way, especially when one of his nurses, Kinley, shares parts of her tragic past with him. Soon, Carter realizes he is falling in love with her.

Months after being transferred from the hospital, to a rehabilitation facility, he suddenly wakes up with a passion to live that he never had before and a determination to find the one person he feels may be able to help him put the pieces of his life together again. However, when he returns to the hospital, Kinley is gone and Carter must try to find her based solely on the things she shared with him while he was in a coma.

Only, nothing is as it seems and Carter learns the biggest lesson of them all… the differences between expectation, perception, and reality.


I love using real locations from my life in my books. They each hold special memories and nostalgia. The locations change a bit from scene to scene, however some of the locations are inspired by real places. On my website (http://www.michellejester.net/inspirations-for-love-cutter.html) that you click into throughout the ebook is a page that I talk about some of the inspirations behind the book.
For example, the book store is inspired by Cottonwood Books in Baton Rouge. It is a quaint, amazing store and the owner is incredible! Another is the hospital, which is inspired by Slidell Memorial Hospital in Slidell, Louisiana where my Aunt Gail volunteered. I remember going to visit with her and also when she passed away there. She was loved by so many people.
One of the main places in the book is a coffee shop located within the hospital. That is really inspired by a Starbucks located in a neighboring town where I go often. They always make you feel welcome! And while it is a worldwide brand, you certainly don’t feel like you are in a corporate environment. Especially with Ms. Debra! She’s awesome!
I mention Creole Creamery which is the inspiration. The ice cream shop in New Orleans has unusual flavors like Lavender Honey. Since it is one of my favorites I had to throw it in. Another is a restaurant, while fictitious, it was dreamt up through a few influences over the years, one which is my husband whose cooking is phenomenal.

Another location is mile marker 214 on the I-10 Bonnet Carre Spillway Bridge in Louisiana. People ask about this the most. It is in a particular scene and I’m asked why that bridge and why mile marker 214. The bridge itself is one I use regularly to go see my daughter in New Orleans and for business. It is one of the longest bridges in the USA (Louisiana has four of the top seven longest bridges.). It is not unusual to us Louisianians to drive, however when people visit they comment most on how desolate they feel when they have to drive on one of them. This one is likely used most often as the Louis Armstrong New Orleans International Airport is located just over it. I chose mile marker 214 because of the scripture Ephesians 2:14, “For Christ himself has brought peace to us. He united Jews and Gentiles into one people when, in his own body on the cross, he broke down the wall of hostility that separated us.” I felt not only did that touch on parts of the subject from the story, but it touched on a belief I hold so strongly: we are all the same. No one is better than anyone else. There should be no hostility or prejudice that separates us from loving one another; doesn’t matter if you are republican or democrat, Christian or Muslim, black or white, or man or woman.

Michelle Jester lives in Greenwell Springs, Louisiana with her husband, high school sweetheart and retired Master Sergeant. Together they have a son and daughter. She is a hopeless romantic and has been writing poems and stories for as long as she can remember.

One of her prize possessions is a bracelet with only a yellow, Rubber Duckie charm on it; which she wears every day to remind her to enjoy the fun and happy things of life!