on the release day of

Fish Out Of Water #4
Crossover with
Racing For The Sun


Holding Out for a Hero


I admit it—I have cut my teeth on everyday characters, and enjoying the small things in life that make the ordinary extraordinary.

That being said, I do love me some superheroes.

When it became clear that Jackson and Ellery were going to need some help in the middle of A Few Good Fish, I realized that I already had an inside man.

At the end of Racing for the Sun, Sonny and Ace had already offered to give Lee Burton a safehouse. He was going into covert ops, and he wanted a place where somebody could say his name. Burton had already proved useful—he’d helped Ace on deployment, when Ace needed somebody to watch his unit while he watched Sonny’s back. And, more importantly—and more indicative of his superpowers—he’d helped Ace get away with a crime that absolutely needed to be committed, and he hadn’t batted an eyelash.

Burton was a good guy—we’d established that. But he was also one cool customer, and he had our respect.

If there was a rogue military unit operating in the California/Las Vegas desert, there was a high probability that Burton would be involved in the takedown.

Now the fun thing about writing a superhero of Burton’s caliber was that he was just so… so terminally cool. There was no angst about his job, unless innocent people got hurt. He knew how to fight—not street fight, like Jackson, where the probability of Jackson getting hurt is high—but Nth level hand-to-hand combat, many forms of it. He’s an assassin for heaven’s sake—he could walk into a barfight unarmed, and be the only one to walk out, period, unscathed.

And the twist? He is recently—VERY recently—become involved with a spacy psychic who holds his heart like a fragile wild bird in his two cupped palms.

So here’s Burton—deadly, contemptuous of evil, guarded as a fortress—and he’s living to text the dreamy eyed kid he rescued at a club on a gut-level hunch.

Sure, in the field, Burton’s got it all nailed down—but in his personal life? He’s completely adrift. He doesn’t have relationships, he barely acknowledges his bisexuality, and emotional accessibility is not in his vocabulary.

And the guy who has him nutted up like a shoelace in a peanut bowl is a complete enigma. Sure, Ernie understands sex on a cellular level, and he knows the good guys from the bad guys, but other than that, Ernie’s world has been a complex dance to keep his body as grounded as possible while his brain surfs the cosmos.

How is Burton supposed to build a relationship with this guy?

One text, one booty call, one kept promise at a time, Burton manages to be the guy who doesn’t just win the gunfight, but who wins the only person in the world who understands him at all.

This was a fun book to write.

This book got to explore that, and I had a helluva time doing it.

I hope you all enjoy reading it. 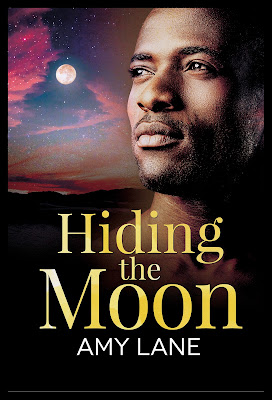 
Meet the Moon
Burton yawned and looked at the clock on the dash. Seven o’clock.
It was true; he could drive straight through to Victoriana and be there in another three hours—but, maddeningly enough, Ernie was right.
Burton wanted to talk to his boss first, and it would be nice of him to offer a heads-up to the people in Victoriana. Yeah, Ace owed him a few, but Burton had been raised to be polite.
Besides, Ace would be fine with it, but Sonny always needed a little warning, and Burton didn’t want to piss Sonny off. Idly he thought back to his interactions with the laconic Ace and the highly unstable Sonny Daye and wondered if Ernie would think they were “good” or “full of bugs.”
“Good,” Ernie mumbled, turning sideways in the seat and curling up like a little kid. The Tahoe came fully loaded, and Burton hit the passenger seat adjustments to tilt the thing back and make Ernie more comfortable. “Like you,” he said happily. “I’m hungry. I usually eat at the bakery by now. Stop, get some food, find a room. Your friends will be there tomorrow morning.”
Burton snorted. Yeah, sure, a hotel room was probably a good idea—there was a Motel 6 at the next turnoff and he had cash—but he wasn’t planning to spend more than a few hours there.
The thought had no sooner crossed his mind than Ernie chuckled, like he knew something Burton didn’t.
“Goddammit!” The fine hairs on the back of Burton’s neck stood up. “Why are you laughing like that?”


He knew when the kid’s eyes opened.
“I’m a pretty good lay,” Ernie murmured. “You’re going to want to take more time than that.”
“So help me, I will wreck the car.” The idea was preposterous. Burton had urges—he knew them for what they were. But he’d never taken a man to his bed, and he certainly wasn’t going to do so now, in the middle of a failed op and the… the frickin’ mystery that was Ernie Caulfield.
“That’d be a shame,” Ernie said, sitting up and readjusting the seat. “I think I wouldn’t mind you touching me.”
Burton growled. “You’re stoned. It’s not happening.”
Ernie gurgled happily. “Nope. Wore off before….” His voice dropped. “Before the Corduroy guys thing.” He sighed. “I… I wish it lasted longer. That would… it would have been nice to be stoned when that happened.”
“Why?” Burton wanted his wits as sharp as possible when shit was going down.
“Don’t feel so much. The X or the pot takes over, and it… it muffles shit. All the bad shit—hell, even the good shit’s bad when there’s too much of it. I… I really wish it had all been muffled when the bad shit went.” He whimpered. “The club guy grabbed my dick. That… that wasn’t pleasant.”
“Not the first time it happened,” Burton wagered.
“It’s better when I want it,” Ernie said dispiritedly. “I mean, got lots I didn’t want, but some of it I wanted. I didn’t want that.”
“Why do you take it when you don’t want it?” he asked, curious. So many pictures of Ernie naked with other people. Always with the same dreamy expression, like he wasn’t really there.
“’Cause you can ride it,” Ernie said, eyes closed. “Like, ride their endorphins like you ride the drugs. Both ways suck, but one way you’re not alone. Until I found the club. That was perfect.”
A week ago Burton would have dismissed what Ernie was talking about out of hand. But Ernie had unnerved him, pretty much from the beginning, and he found himself flirting with the possibility, the outright probability of the impossible thing that Ernie was in his head.
“Maybe be somewhere without so many people?” Burton suggested. Hell, even if the kid was simply agoraphobic, the self-medication he was talking about wasn’t good for him.
“They can find me in the empty.” Ernie pulled his knees up and wrapped his arms around his shins, which spoke well of his flexibility, since he was using the seat belt. “But now they found me in the city, and I don’t know what to do.”
And then Lee Burton, once in Marine special ops, now in special division covert ops, soldier, assassin, all-around logical guy, found himself making the rashest of promises.
“I’m taking you someplace safe,” he said. “Someplace not even my boss knows about. You tell me why people are after you, and I’ll find a way to make it stop. I swear.”
Ernie looked at him sideways from his big brown eyes. “Why would you do that? We haven’t even rented the hotel room yet.” He stared back out into the desert moodily. “Everybody wants sex first.”
“Kid, I’m not in it for sex—” 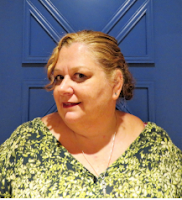