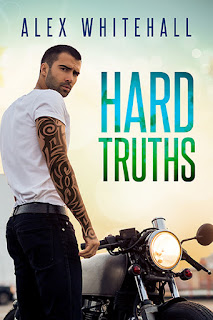 On one hand, this book was less superficial than I expected, considering the blurb. I love the fake boyfriend trope, and I was looking forward to a fun book. While there was lots of humor, the depth within surprised me.

On the other hand, I would have liked to repeatedly smack Isaac over the head, not only for continuing to hide Logan being his boyfriend, but also for not realizing that family isn't always determined by blood, especially when your parents are homophobic racist jerks.

I think what bothered me the most is that Isaac often sounded much younger than I was told he is, especially when he's around his parents, and that he was too blind to realize that he was hurting Logan, and his friends, with his ridiculous stance. While I could understand his fears, those fears blinded him to what he already has, and he only saw what he stood to lose. He lives a couple of hours away from his parents, and he's out to everyone in his life, except for them. But every time he goes home, it is very clear that not only does he not like his parents, especially his father, but he also mocks and ridicules them. And thus I couldn't for the life of me understand what was stopping him from telling them to shove it and tell them who he truly is.


The romance is definitely whirlwind, much like the blurb promises, and there is hot sex and cheesy puns, and I believed that both Isaac and Logan had feelings for each other. They have a lot in common, and the growth in their relationship felt realistic to me given the timeframe of this book.

I guess Isaac still needed to grow up. And I guess he does by book's end; he just leaves a whole lot of hurt in his wake that could have been avoided, had he been more emotionally mature.

The entire book is written from Isaac's POV, so we don't get a whole lot of true insights to Logan, and Isaac's friends, since his view is somewhat skewered and distorted though his lens. The humor was fun (not cheesy, really), and outside of Isaac's behavior with his parents, I did like him as a person. He's kind and considerate to others - just emotionally stunted. Which is likely a result of his upbringing, but I didn't see the same in his sister, and she grew up in the same emotionally stunted home.

I liked the writing style, and I'm definitely going to check out more books by this author.