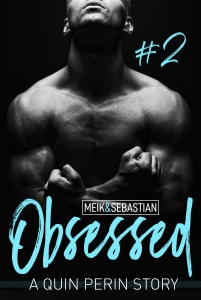 Ever since the first sexual encounter with Sebastian, Meik has felt off-kilter.

He can’t sleep, can’t eat, can’t work without thinking about the musician and so, Meik decides to settle into an arrangement with him. There is no love. There is no romance. Sebastian gets a warm place to sleep, and Meik gets to keep his boy toy.

But when Sebastian's presence triggers memories of his first and only love, Meik unravels under the reminiscences that carved him into the man he is today. Will Meik be able to hold himself together or will his carefully crafted badass image fall apart?

Sebastian straightened up, his hands folded behind his back. He wasn’t wearing the towel anymore, pale body bare in the dim light of the living room. And he was hard, cock flushed a deep red, and the flared, shimmering head pointed directly at Meik. “Woke up,” he said, offering a crooked grin, “decided to come and see what you were doing. Didn’t expect you...to be reading smut.”

“What are you talking about?” Meik huffed, glaring at him.

“I saw what you were reading.” The little smirk spread into a full-on grin.

Meik wanted to fuck it off his face. “What about it?”

“I’m not fucking you. I already told you, I’m not going to let you get me sick.” Blue eyes dropped back down to that stiff cock, and he smirked faintly. “Look at you. Such an eager little whore, huh? Too bad for you, isn’t it?”

Sebastian’s eyes twinkled with something other than his fever as he stalked his way along the couch. It was an odd feeling; being looked at as though he were prey when it was usually the other way around.

HAVEN'T READ THE BEGINNING OF THE SERIES YET? 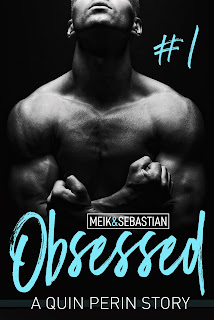 All Meik cares about is lust, not love.

An eager boy toy, that’s what he’s looking for. Someone who worships the ground he walks on. The very second he lays eyes on the enigmatic, street musician Sebastian, he believes he found his new playmate. Obsessed with the young man, Meik introduces him to a world full of sins and desire until the man’s presence threatens to reveal dark memories he had locked away tightly. 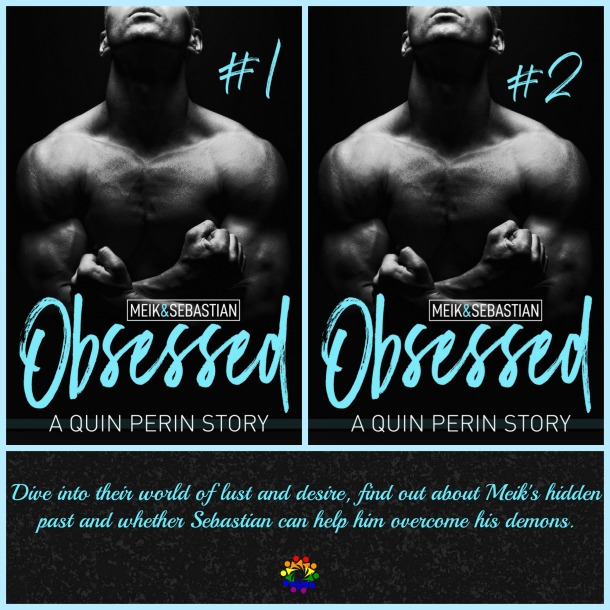 Hello there! This is Quin and Perin. We are a pair of sultry gay erotica writers who focus on detailed, toe-curling, and realistic smut scenes with a fair share of dirty talking (Oh, boy). Unlike other authors in the genre, we write without the goal of publishing anything. Publishing is just the cherry on top of a cream-covered bubble butt.

That said, it is time for the next level of smut: stories featuring fire, lust and desire.