Blogtour: A Dom And His Warrior by Xenia Melzer

A Dom And His Warrior 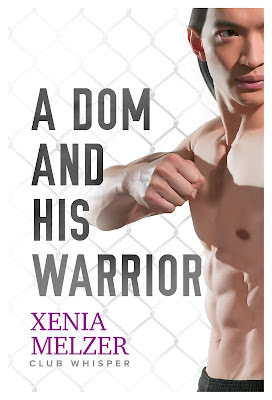 Leeland wants to help his uncle, but he remembers all too well from his years competing in martial arts how strenuous life as an athlete can be. He doesn’t want to risk his relationship with Jonathan. After some discussion, they decide Leeland will go pro for a year.

As if the training and strict diet weren’t bad enough, the pressure skyrockets when Leeland encounters homophobic fighter Tommy Adams—especially when they end up facing each other in the championship

Between the bigoted rants of his opponent, the scrutiny of the media, the pressure from his sponsor, and a fire in his uncle’s gym, Leeland is close to breaking down. Only Jonathan’s support and love keep him focused enough to set foot in the octagon once more—and maybe even walk away a winner.

Food for Champions
An athlete’s diet is torture.
Before I go deeper into this, I have to make a confession: I love food. Especially the kind that clogs up your arteries, thickens your blood, damages your teeth, eats away at your bones, and forces your liver to put in some extra hours. You know, the good stuff like pasta with a thick sauce, tiramisu, mousse au chocolat, cakes, fries… Okay, okay, I think you get the gist. Back to the blog…
In my youth I had several friends who did sports seriously, one of them even on Olympic level, so I had some memories about food restrictions during training and competing. To be on the safe side, I researched an MMA fighter’s diet and what I found was pure horror – at least for me. It also gave me a wonderful red thread of comic relief for the entire book, so there’s that.


MMA fighters need lots of protein but have to keep the carbs relatively low. They eat wonderful things like plain chicken breast, tilapia (some kind of fish), brown rice, broccoli (because of the iron), almonds, and other fun stuff like protein shakes to reduce their body fat and get the most out of their muscle mass. (In case you were wondering, sugar is a big no-no. A bit like the devil in a monastery. As is fat. Fat is bad. Very bad.) As you can imagine, coming up with different recipes for these immensely healthy foods is not easy. Especially when the diet goes on for months. Basically, the diet is adding insult to injury by not only being practically tasteless but also boring. (Except for the berries. I can see how they could be a plus.)
So in addition to a training regimen that requires a certain masochistic streak (at least from my point of view), the ‘reward’ for hours of sweating is a tasty protein shake with some frozen berries for color and at least the semblance of taste. To be an MMA fighter, one needs a backbone of iron and the kind of self-discipline I will never possess.


In the story, the food restrictions are the hardest part for Leeland. He has a history of competing in martial arts, so he’s used to the relentless training, but the lack of tasty food really gets to him because deep in his heart he is a hedonist. Of course Jonathan is there to help him through this in a way only a Dom can, but let’s be frank, it’s Collin and his very hands-on solution that preserves Leeland’s sanity. (But you can’t tell Leeland’s trainer or there will be trouble…) 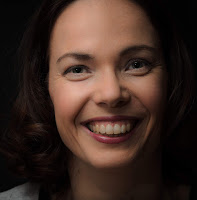 Even though her mind is preoccupied with various stories most of the time, Xenia has managed to get through school and university with surprisingly good grades. Right after school she met her one true love who showed her that reality is capable of producing some truly amazing love stories itself. While she was having her two children, she started writing down the most persistent stories in her head as a way of relieving mommy-related stress symptoms. As it turned out, the stress-relief has now become a source of the same, albeit a positive one.

When she's not writing, she translates the stories of other authors into German, enjoys riding and running, spending time with her kids, and dancing with her husband. If you want to contact her, please visit either her website or write her an email via info[at]xeniamelzer[dot]com .