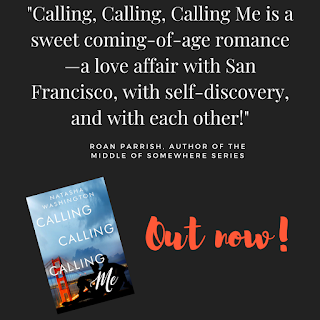 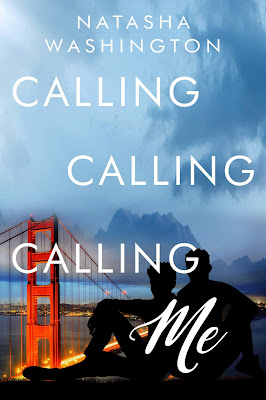 Patrick Mahoney has one goal in mind: get out of his native Fresno and find freedom in the rainbow and glitter-painted streets of San Francisco. As a college freshman, he’s sure he’ll finally have the chance to be himself, away from the judgmental eyes of his conservative hometown.

Josh Dirda’s never wanted to be tied down before, preferring the emotional ease of the one night stand. But when Patrick moves into the apartment that Josh shares with three friends, Josh is caught up in Patrick’s sly wit and quietly creative spirit. As Patrick’s self-appointed tour guide, Josh can be Patrick’s introduction to the city he loves. But after a drunken Halloween hook-up crosses lines, Patrick and Josh must reckon with their true feelings—and decide whether they can let go of the ghosts that haunt them.

Get the book here!

The floor of the club was vibrating.
Patrick felt off balance, which made no sense at all since he’d only had one shot of Alexis’s devil tequila. Not that he was an expert on what tequila did to a person, or in particular to him—he was really more of a stay-home-on-the-weekends-and-build-models-or-read-comics guy, and Oh God, what the hell was he doing here.
“Hello, Gorgeous,” Alexis said, suddenly very close and speaking into his ear, her fingers grasping at his arm. “You really are gorgeous, Gorgeous.”
“You’re drunk,” Patrick said, “and I’m gay, or did you miss that part of the earlier conversation?”


“I miss nothing, Fresno,” Alexis said. “But seriously, those blue eyes and those cheekbones! Unfair.”
Patrick wished she would stop calling him Fresno. It was a reminder of all the reasons he didn’t belong here in this nightclub of shiny people glittering in their tight dresses and tighter pants and heels and boots, hair perfectly ruffled or slicked back, laughing into their martini glasses and leaving lipstick prints around the rim, on cocktail napkins, or at the corner of someone else’s mouth.
“Don’t think so much,” Alexis said, and dug her fingernails into his upper arm.
He breathed in through his nose and watched Josh talk to a girl by the bar, already looking sloppy loose from the shots they’d done back at the apartment. His hair was a curly mess and his smile was white bright, a beacon in this dark, fluttering room of strangers.
Patrick had no idea why he thought Josh was anything but a stranger. Josh definitely didn’t know Patrick.
But God, Patrick wanted to know him.
“Shot?” Alexis asked, holding out a tiny glass filled with sharp-smelling liquid.
Maybe this was what Alexis meant by not thinking so much. He took the shot and swallowed it all at once, feeling it burn its acidic trail down his throat.
Three shots later and Patrick was pretty sure he should have said no.
It wasn’t that the world was spinning, which it was. It was that everything felt blurry and out of control and scary-beautiful, and Patrick couldn’t help thinking: I am in San Francisco now, I’m here, I can do—be—have whoever I want.


Right now, he definitely wanted to be the boy or the girl dancing with Josh. He had one of each draped over him, and yeah, Mike wasn’t kidding about Josh being a player. Josh was all opportunity right now, all openness and soft shoulders and free movement. He wasn’t a good dancer, exactly, but he was still gorgeous, and God, Patrick was so screwed. He was going to live with Josh now. How could he—what was he supposed to do? Stare and pray? What should he pray for? That Josh didn’t notice or that he did?

Natasha Washington lives in Philadelphia, where she writes queer love stories in both YA (as Sonia Belasco) and romance. She has spent much of her professional life working with young people as a mentor, tutor, or therapist. When not writing, she is likely cooking, taking long, meandering walks, or listening to dance music or 90s hip-hop.