In this week's post, we're featuring Disasterology 101 and Heatstroke, plus 20 factoids about Taylor. There's also a chance to win one of her books. 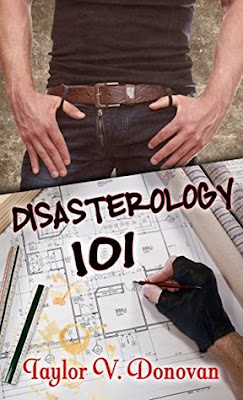 Kevin Morrison had it all. A house he worked hard for, a loving wife, and three beautiful children. But it wasn't until his marriage ended that he realized what the void he'd felt almost all his life meant. Coming out as a gay man at thirty-six is not an easy feat, but he is determined to be true to his heart. Meeting a man who shares his values, and is good with his children would be a bonus, but when the guy arrives in a uniquely wrapped package, and has very specific handling instructions, Kevin needs to decide if he's up for that kind of love.

Obsessed with order and symmetry, and a paralyzing fear of germs, Cedric Haughton-Disley has lived with isolation and loneliness as long as he can remember. Desperate to be normal, he makes some much-needed changes in his life. If he can commit to his treatment, he might very well be able to procure some quality of life... even if that's all he can get, as finding love and having a relationship are only possible in Cedric's wildest dreams. But when a chance encounter leaves Cedric wishing for more, he decides to take a leap of faith, and pursue the guy he wants.

Together the two men make an unlikely match. Cedric needs organization, and Kevin represents chaos. In order to stay together they both need to compromise, but will they be able to deal with Cedric's issues and the potential disaster, or let it break them apart? 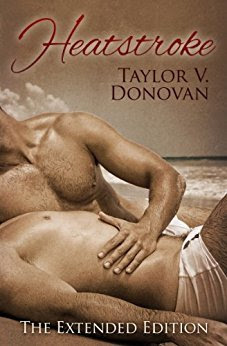 At twenty-one years old, Richard Lewis Bancroft was on the fast track to fame and fortune. An award-winning start on the Broadway stage led him to the silver screens of Hollywood, where his star began to rise, and his heart fell hard for professional baseball sensation, Manuel Guzman. But there was no script for living out loud with the man of his dreams in the world of 1964.

Then Richard disappeared without a trace.

Forty years later, Michael Spencer discovered a journal in his grandmother's attic that would change his life forever, and quite possibly, solve the mysterious disappearance of Richard Lewis Bancroft.


Want to get to know me a little bit? Here are some facts about me. ☺

Thanks for celebrating this fabulous author with us. Come back next week for more of Taylor's books and another chance to win.