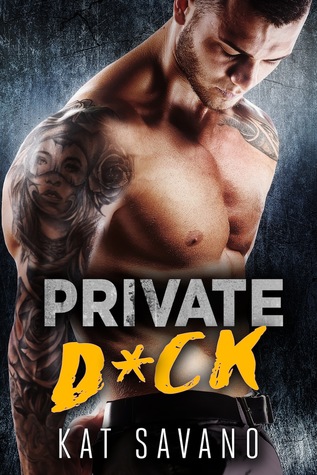 It was supposed to be fun times in Vegas with the girls.

Drinks, shows, maybe losing a little money, and okay…maybe a little action too.

I’m down for it all when I’m shocked to spot the hottest hotshot lawyer from my firm. Benjamin Barker.

In Vegas. At the same time.

My mind whirled with possibilities, none of them good.

All of them leading to trouble.

He’s not here for long. He’s got a big case – and that’s not the only thing that’s big about the man.

He’s got some investigating to do to make his case in court.

And I’ve got a crush on the man.

A crush on the man that ends with us in a suite called the Kingpin suite. This cannot be good.

But what woman would deny something that feels so very, very good?

I’ll tell you one thing.

I may cry later. I may regret it in the morning. I may want some “kingpin” to kill the bastard tomorrow. But right now, we’re in a suite. In Vegas. Together. In private.

Sienna
GirlsGone Wild. Well,that was how I thought of it as we landed in dazzling Las Vegas. I was a little nervous though, because it was one of the first times I’d traveledoutside of the Big Apple. By plane at least. Most other trips had taken place in cars, motorhomes, oh, and once on a motorcycle. That was a day to remember, andat the same time,it was a day I wanted to forget in equal measure. As we waited to get to our destination, Michaela and Donna chatted away like two raving lunatics. Drinking on the plane wasn’t the best thing to do, in my opinion. Going to the bathroom every couple of minutes was bad enough, especially when you got there with your legs crossed and the sign said, “Engaged.”
I was busy thinking of the motorcycle trip. Travis said to hold on tight. That was never something he needed to doubt… because I was absolutely, fully, desperately petrified. He wrongly mistook this as affection, rather than me hanging on from the fear of falling off, and I had quite-literally been terrified about rolling down the street like a tumbleweed in a gale. Even now, I get shivers down my spine when I think about how scary it was.
I looked up and came back into reality. The smiling hostess said we were free to leave the plane. I put my hand on Donna’s shoulder as we exited the busy sea of people. “Have a nice trip and enjoy your stay,” the hostess said as I reached the front door and the tunnel.
How polite and well-dressed they were in their flashy, yellow, safety jackets. I was actually impressed. We walked through the terminal and made our way toward the security desks. There was a bit of a line. However,they couldn’t be too careful with all the terrible things going on in the world. Terrorism had made life hard for every traveler in the sky.
As we walked through the terminal,I looked aboveme. They’ddone a magnificent job of advertising Las Vegas, while not making the airport appear trashy. Above where we walked there was a mural of all things associated with the tinsel town. It looked glorious, fabulous even. I guessed it was based on a nineteen-sixties design and had all the big casino names and stars of that incredibleera. Frank Sinatra, Elvis —I’m all shookup, and the piano god himself, Liberace.
I stood with my toes on the exactedge of the yellow line as the instruction said to do. I always liked rules. You couldn’t go wrong if you knew what was expected of you. I waited patiently as Donna slid her passport to the friendlysecurity man who sat in his small cubicle. Donna leaned on her elbow and twirled her gum around her finger.
My turn. I skipped excitedly to the guard and handed him my identification. I clamped my hands together and smiled. I hoped that traveling nerves didn’traise their suspicion, or they might’ve thought I’d smuggled something.
“Business or pleasure?” he asked as he scanned my face.
“All pleasure. It’s my first big trip out of New York, unless you count the time on a motorcycle, and…” I said, cutting myself short. I realized there was still a line of people also waiting behind the yellow line.
“Come on will you!” Donna yelled.
I smiled at the security guard. “BFF, you know what they’re like. Overexcitedand keen to hit the Strip, as I suppose you call it around here.”
“Have a nice trip.” He looked at my ID. “Sienna,” he replied, sliding my ID back under the glass.
I jogged as quickly as I could with my travel luggage wobbling from one wheel to the next. We stepped on the travellator and made our way to get our luggage.
“What number of roundthing are we at?” Michaela asked.