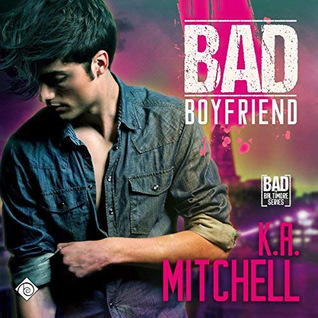 While the story was awesome...the boyfriend...not so much...

Eli's been taking care of himself since he was 17 when he came out to his parents and they threw him out...he's managed just fine for the past 5 years thank you very much and he's not going to change who and what he is for anybody.

While Quinn's been keeping his boyfriends secrets for the past 10 years...not only has he been in the closet but the door is locked and barred all that changes the day that his about to be ex announces that not only has he cheated on Quinn but the girl's pregnant and he's going to marry her and by the way 'he's not gay'...seriously...if that's what helps you sleep at night you just keep clinging to that fairly tale.


When Quinn's ex not only invites him to the baby's christening Quinn decides that it's time for him to step out of that closet so after spending one very hot and steamy night with Eli, he knows what he wants to do. So with Eli as his plus one it's off to the christening they go. It's just one date, one f*ck you to Quinn's ex...right? Wrong because maybe Eli and Quinn have been a bit too convincing and everyone there decides that Quinn and Eli make a wonderful couple and suddenly Eli is very in demand with the family of Quinn's ex since Quinn's been around for the past 10 years, he's become a part of that family as well...what can I say...it's family...it's complicated.

I have to admit I'd forgotten that this book has both an age gap and a bit of daddy kink to it and I found it interesting that 4 years ago I probably would have blushed when I read it but here we are 4 years and literally a few hundred stories later and I have to admit this time around it barely blipped on my radar...well, except that I have to admit the daddy kink did add a definite spark to the sexy times.

It may have taken me a little longer to warm up to Quinn than it did Eli but in the end. I liked him and I have to admit I couldn't help but feel bad for him 10 years of being someone's dirty little secret and he basically gets put out like last weeks trash when his ex discovers that he's gotten a woman pregnant and now he can be all respectable with is wife and kid...because he's not gay...maybe yes, maybe no but what is a big fat hell yeah! is the fact that he's a grade 'A' jerk, who needs to discover why so many people think Karma's a big ole biotch! If there was anyone one person in this story deserving of contempt it was Pete. Quinn's ex and supposed best friend...the man is a waste of oxygen.

Awesome story, smokin' hot sex, MC's who fit together like a pair of gloves, some likable secondary characters and a narrator who gives life to it with each character that he brings to life and every scene that he adds color, emotion and passion too. 'Bad Boyfriend' may not have been my first K.A. Mitchell story but it was my first Chet Daniel's audio book and I thoroughly enjoyed it and I'm looking forward to hearing more from this narrator.

An audio book of 'Bad Boyfriend' was graciously provided by the publisher in exchange for an honest review.