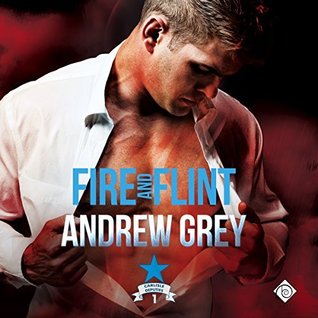 Jordan Erichsohn suspects something is rotten about his boss, Judge Crawford. Unfortunately, he has nowhere to turn and doubts anyone will believe his claims - least of all the handsome deputy, Pierre Ravelle, who has been assigned to protect the judge after he received threatening letters. The judge has a long reach, and if he finds out Jordan’s turned on him, he might impede Jordan adopting his son, Jeremiah.

When Jordan can no longer stay silent, he gathers his courage and tells Pierre what he knows. To his surprise and relief, Pierre believes him, and Jordan finds an ally...and maybe more.

Pierre vows to do what it takes to protect Jordan and Jeremiah and see justice done. He’s willing to fight for the man he’s growing to love and the family he’s starting to think of as his own. But Crawford is a powerful and dangerous enemy, and he’s not above ripping apart everything Jordan and Pierre are trying to build in order to save himself...

What happens when the person who should be on the right side of the law turns out...to be the one who's breaking it.

When Pierre Ravelle is assigned to keep an eye on Judge Crawford because he's been receiving threats in the mail he quickly discovers that he'd much rather keep an eye on the judges clerk, Jordan Erichsohn.

Jordan just wants to stay under the radar. Nothing's more important to Jordan than finalizing his adoption of his young son, Jeremiah and while he doesn't want to sit by while his boss gets away with who knows what but he's pretty sure whatever's going on isn't legal. But he the one thing he knows for sure is that his boss has the power to keep this from happening.

As Pierre and Jordan work together to unravel the facts and find crucial evidence to prove what Judge Crawford is doing Pierre's feelings for Jordan and the young Jeremiah grow and as well as finding evidence against the judge, Pierre becomes determined to make sure that Jordan and Jeremiah not only stay together but that they see him as a part of his family too...one day.

I really enjoyed this story. I loved both Pierre and Jordan. Pierre was solid and reliable both things that Jordan needed in his life. Pierre was a calming force for Jordan. He may have worried about Jordan's situation but he also thought things through and was calm, rational and planned a course of action that not only got the job done but helped to protect the two people who he'd come to care so much about.

And then we have Jordan and he was this awesome, sweet guy that had this amazing heart and ultimately he stepped up and did what needed to be done despite the risk to himself and Jeremiah. I have to admit this really endeared this character to me. As a parent I understand that dilemma that can come from having to decide between doing what's right and what's going to keep your child safe...nothing's more important to me than the well being of my kids and I think most parents will tell you this, but sometimes in the long run what will keep our children safe and make the world a better place for others has a risk attached to it and choices aren't always as clear cut as we'd like them to be.

While the part of this story pertaining to the judge's illegal activities really wasn't very detailed or complex truthfully, I was ok with this. For the most part crimes of this nature are proven and tried based very largely on evidence and gathering this kind of evidence quite honestly can be a long, arduous and boring task...so truthfully I was glad to be spared the details on this.

'Fire and Flint' is a sweet, uncomplicated romance and I think for me it was just what I needed at the time. While Andrew Grey's stories don't tend to be long, complicated or convoluted stories and although stories like that can have their own merits, sometimes what's nice to read or in this case listen to is the type of story that's just sweet and simple and as a reader I can follow along without having to create a flow chart to keep track of who's who and what's what and just find myself lost in an enjoyable romance with a touch of mystery or intrigue to keep to add a little excitement.

I have to admit the icing on the cake for me with this one was that it was narrated by someone who is without a doubt one of my favorite audio narrators...Greg Tremblay. I'm not sure if I've got any glowing descriptives left unused when it comes to this narrator. Honestly he's one of maybe 3 or 4 narrators whose audio books I'll buy or ask for to review without having to listen to the audio sample. I have zero doubt as to the quality of what I'll be hearing when I see that Greg Tremblay's the narrator and for me that pretty much says it all as to how much I like and respect him as a narrator.

'Fire and Flint' is for me a perfect example of what I would call a 'summer read' it's interesting, with very likable characters an solid but not overly complicated plot and a very sweet and happy ending...summer reads, they're a good thing.

An audio book of 'Fire and Flint' was graciously provided by the publisher in exchange for an honest review.