Author Of The Month - J. Scott Coatsworth - Week One

In our first post, we will talk about the Oberon Cycle series, with Skythane and Lander, plus a list of the author's favorite things. There's also a giveaway to win one of his books! 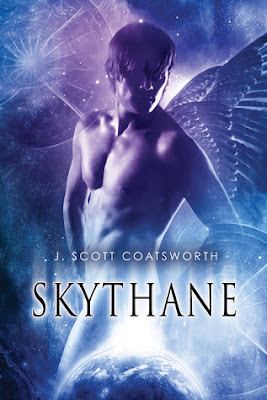 Jameson Havercamp, a psych from a conservative religious colony, has come to Oberon—unique among the Common Worlds—in search of a rare substance called pith. He’s guided through the wilds on his quest by Xander Kinnson, a handsome, cocky skythane with a troubled past.

Neither knows that Oberon is facing imminent destruction. Even as the world starts to fall apart around them, they have no idea what’s coming—or the bond that will develop between them as they race to avert a cataclysm.

Together, they will journey to uncover the secrets of this strange and singular world, even as it takes them beyond the bounds of reality itself to discover what truly binds them together.


Xander raced away from the destroyed truck, his cycle tracking the road out of Oberon City. Behind him, one of the hoversports followed, its gun turrets bristling menacingly. Quince and Jameson had taken a different direction, off southeast into one the one of the boxcorn fields. It would slow her down, but it also gave her some cover. He hoped the two of them would make it out of this all right. Whatever this was.

Right now, he had himself to worry about.

He poured on the speed, temporarily leaving the hoversport in his dust. On his right, the cornfields stretched off into the distance. On his left, the tall, silvery-green gumba trees waved in the breeze, helping to block the worst of the winds from the fields beyond them.

His speed was approaching 300 km an hour, but the hoversport was starting to catch up. He thought about dropping down into the fields too, but he didn’t want to bring “his” hoversport in Quince’s direction. He eased the pulse pistol out of his pants. “Ravi, take the wheel,” he said, tapping his cirq, but then he remembered that Ravi was gone. At least until he was able to return home and get a new cirq installed.

It was strange not having a connection to the grid. He had gotten used to it over the last five years, and now he couldn’t decide if being without it was liberating or maddening. It would have been handy to have Ravi to autopilot for him right about now.

He fired a shot over his shoulder, hoping to hit the hoversport, or at least make them drop back.

When he glanced at it again, it was still right on top of him. He considered his options.
They continued on like that for a couple minutes, a strange pair racing toward the Outland. Eventually, they would reach the zone where electronics fizzled out, but Xander didn’t think he could keep ahead of them for that long. Even if he could, it would still be three or four men to his to one.

He glanced back again. Why hadn’t they shot at him?

A strange thought crossed his mind. Quince said they were after him in particular. Maybe they needed him alive, and in one piece. It would explain why they hadn’t tried to take him out.

If so, that gave him some leverage.

What lay ahead? He cast his memory back to the last time he and Alix had come out here. They had done some wild shit together on their cycles. Xander had a slight advantage because of his wings—they allowed him to manage maneuvers that Alix was unable to match, and they might just save him now. There was a bluff ahead that might work.

Xander tapped his forehead, starting to query Ravi again about how far ahead that part of the terrain was, but nothing happened. He sighed. It was maddening. He would just have to wing it. 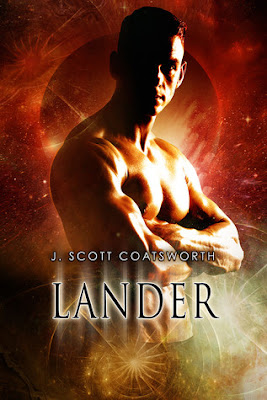 In the sequel to the Rainbow-Award-winning Skythane, Xander and Jameson thought they’d fulfilled their destiny when they brought the worlds of Oberon and Titania back together, but their short-lived moment of triumph is over.

Reunification has thrown the world into chaos. A great storm ravaged Xander's kingdom of Gaelan, leaving the winged skythane people struggling to survive. Their old enemy, Obercorp, is biding its time, waiting to strike. And to the north, a dangerous new adversary gathers strength, while an unexpected ally awaits them.

In the midst of it all, Xander’s ex Alix returns, and Xander and Jameson discover that their love for each other may have been drug-induced.

Are they truly destined for each other, or is what they feel concocted? And can they face an even greater challenge when their world needs them most?

Jameson kissed Xander again, his passion fading, but his ardor for the man still in full bloom. It was good to find time for the two of them in the middle of madness.

Xander was at rest, peaceful as he floated on the surface of the water, his eyes closed and his muscles slack. His black wings trailed off below into the glow of the pond. He looked more like an angel to Jameson than he had since the first time they’d met.

Images flashed in his head—this place, other people, other times. He squeezed his eyes shut, willing them to go away.

Reluctantly they subsided. Jameson stood to get out of the water, shaking his head as if to dry his hair.

Xander pulled him back down for one more kiss. “What’s the hurry? I can still hear the storm roaring outside.”

Jameson growled. “I’m hungry. Don’t you ever get your fill?” He should have told Xander about the memories. He knew Xander saw them too, sometimes, but Jameson didn’t want to ruin the moment.

“Apparently not.” Xander let him go. “But I like to watch your backside, so I guess this is some kind of compensation.”

“Pervert.” Jameson smiled to himself. He was still sore from their exertions, but it was a good kind of sore.

He climbed up to the rock floor next to the pool, using one of the columns to steady himself. Something skittered across the edge of his vision. A bat? Or something like it? He looked after it, but it had vanished.

He went to pull his pants back on and wrinkled his nose. His clothes were filthy.
He opened his pack and grabbed a fresh set. He pulled on his underwear first, then laced up his shirt while Xander watched appreciatively. Getting dressed had been a hell of a lot easier before he’d gotten his wings. To compensate for his lack of skythane clothing, they’d raided the king’s closet, and it had been a challenge to find anything without a fur lining or silver buttons. King Theron had been a big man too—thick in the middle, if his clothes were any indication. Frowning, Jameson cinched his belt tight to hold up his pants.

“It suits you.” Xander smirked, getting out of the water and giving Jameson a full-on view of his beautiful body. He was muscled, but not overly so, his stomach firm and his body sleek. He was perfect.

Jameson felt a surge of love for Xander. He took full advantage of the unguarded moment, enjoying the show. Xander’s well-defined abs and his lopsided grin were almost enough to entice Jameson to give it another go, but the memories were messing with his head, and he really was hungry.

“Let’s eat.” Xander pulled out his own change of clothes and sniffed them.

“Yeah. Mildew from all the rain. Better than the alternative.”

He grinned. Shame Xander needed to wear anything at all. “Um, food. Yeah. Sounds good.”


Sandra asked for me to provide a list of my favorite things. There are so many, but I’ll do the best I can.

Thank you for celebrating this fabulous author with us. Come back next week for more of Scott's books, five little-known facts about him, plus another chance to win.