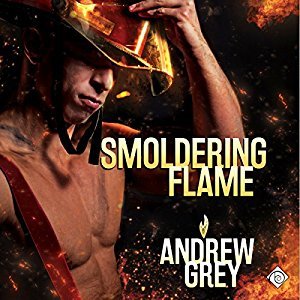 Sometimes the strongest flames take the longest to ignite.

Firefighter Dean’s life revolves around his very ill son, Sammy. Caring for Sammy and working to make ends meet leave Dean time for little else, and romance isn’t something he can even consider—no matter how much he longs for someone special to join their family. Because money is tight, Dean couldn’t be more grateful to the photographer who does Sammy’s session free of charge.

After growing up in the foster care system, Marco knows how to rely on himself, and his hard work is about to pay off—he’s poised on the cusp of fame and success he could only have imagined as a lonely child. When Dean brings Sammy into Marco’s studio, Marco can see they’re struggling, and both the boy and his father stir Marco’s heart. The slow burn between the two men isn’t something either expected, but neither wants to lose the possibility of a loving future. With Dean’s dangerous and possibly life-threatening career and Marco’s demanding one, can romance and forever find a place to fit?

This one had potential...so much potential and then...it didn't.

Dean's a firefighter whose life revolves around the two things he loves most...his job and his son, Sammy.  Sammy's illness doesn't leave Dean time for anything else...like dating, falling in love, having a relationship. So when Sammy drags his father into Marco's photography studio the last thing he wants, needs or expects is to be attracted to said photographer.

Marco's not looking for anything other than to make a sick little boy happy when he offers to take some pictures of the young child who's barged into his studio wanting to see the big stuffed fire dog that Marco uses as a prop during his photo shoots with kids. Marco knows what Sammy's going through and while Marco knows he can't fix things for Sammy if he can bring a smile to his sweet little face for even a moment he'll do what he can and taking a few pictures is definitely not a hardship for him especially if some of those pictures include Sammy's sexy, fireman father.

Dean's got more than his son to be concerned about though when it comes to him and Marco. His parents have been a godsend for him while Sammy's been sick and while his mom's more than happy to see him find someone he might be happy with, his father's a whole different story. Dad's ex-military and he hasn't a made it out of the dark ages with some of his ideas...like demanding that Dean 'find a nice woman' because he needs to settle down Sammy needs a mom.

I really liked the overall concept of this story. There was a lot of potential for this one to tug at my heartstrings and leave me with all the warm fuzzies. Unfortunately when it came down to the actual story well...it got bogged down in a lot of flowery descriptions and conversations that quite frankly had me rolling my eyes...sorry, but there's only so much 'gosh, darn melodic sex' that a girl can handle.


I'm a fan of descriptions that paint a picture and draw me into the story...truly I am. But and here is where things get really subjective...there's this fine line that goes from creating a story...painting an image and when it gets crossed well the story gets lost in an excess of descriptions that become distracting and that's what happened for me with this one...so as I said this is entirely subjective and other may find the descriptives in this book to be perfect...I'm just not part of this group.

Michael Pauley is once again the narrator for this story and I have to admit I'm not really sure why but like the story and maybe because of the story I didn't enjoy the narration quite as much has I did the previous two stories also narrated by the same person and once again we are left with a very subjective viewpoint here so please keep this in mind. Just one more note about the narration there's a child in this story and as my friends will tell you me and children's voices in audio books do not have a very good track record however, I do want to give a nod to the narrator on this one. While it maybe wasn't the best child's voice I've ever heard it was considerably better than many others that I've heard.

I've been a fan of this series from the beginning and while this one didn't work so well for me the first two stories worked much better for me and I really enjoyed them...enough that I'm more than willing wait and see what's next in this series...hopefully for me it'll be a return to the story style that I've come to enjoy so much.

An audio book of 'Rekindled Flame' was graciously provided by the publisher in exchange for an honest review.