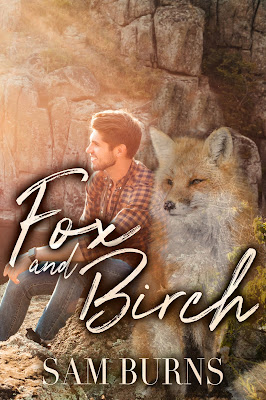 
Fletcher Lane wants to protect people. It was why he became a deputy. A month ago, it was why he killed a vampire who kidnapped one of his friends. Now, that death has started a cascade effect that’s tearing his life apart, leaving him possessed by magic that whispers to him in ancient Gothic.

While he’s already fighting for control of his own mind, he has to hold it together when strangers come into town looking for the dead vampire. They say they’re bounty hunters, but Fletcher knows that’s a lie. They’re the same kind of murderers who killed Fletcher’s mother. When one of them puts up a kind front, Fletcher knows that people who hunt the supernatural can’t be trusted. However nice Conner Mason seems, the worst thing Fletcher could do is fall for his act.


This is the third of nine books in The Rowan Harbor Cycle, not a standalone. It continues where the second book left off. Fletcher and Conner will return in book six to continue their story, so this book contains a HFN, not their HEA.

The third installment of the first trilogy of trilogies in the paranormal Rowan Harbor series focuses on Fletcher Lane, one of the town's deputies, who featured to some extent in the first two books (more so in book 2, actually). He's friends with Devon, works with Wade, and was heavily involved in the events of book 2.

The story picks up right after the second book ends. Fletcher, instrumental in getting rid of the bad vampire, is now sort of possessed by the spirit that lived inside the magic book Isla has been hiding from Hector MacKenzie. Obviously, having someone whisper to you in Gothic all the time isn't fun.

Additionally, Fletcher has had a traumatic experience when he was younger, one that cost him his mother and has left both him and his father scarred.

Somewhat timid and lacking a healthy dose of self-confidence, Fletcher finds it rather difficult to make friends, always wondering if he's a bother. In that aspect, his shyness is indicative of his shifted form as a fox. Socially a bit awkward, Fletcher seems never sure of what to say.

I really loved how the author fleshed out the character, made him real and oh so likable, with all his awkward dorkiness.

Fletcher is a really nice guy, kind and unassuming, and the people of Rowan Harbor look out for him and his dad.

We are introduced to the bounty hunters, Frank, Bob, and Conner, who roll into town looking for the bad vamp. Or so they say. Conner is younger than the other two, and also much kinder. He takes a liking to Fletcher, which slowly develops into a romance.

We get to visit with Wade and Devon from the first book, who are still together, as well as Isla and Oak, and other familiar supporting characters from the preceding books.

As the story unfolds, we watch Fletcher struggle to control his own magic as well as the uninvited magic he now carries, trying to focus and center himself so the uninvited guest doesn't wipe out who Fletcher is. We get to watch Fletcher come into his own, with a little help, and finding his way to become who he was meant to be.

I would have liked to have learned a bit more about Conner. We get a bit of his background story, but other than being a likable guy, I really didn't get a good feel for him. Perhaps that will come out in future books. He's nice, don't get me wrong, and I think he really does fall for Fletcher, and of course that thing he does toward the end basically cemented for me that he needs to be in Rowan Harbor long term, but I would like to see more of him and learn what really makes him tick.

As with the two previous books, we get a strong HFN, as their story is not done. I'm good with that and can't wait to read what the author still has in store for them all.

These book cannot be read as standalones and must be read in order, as each builds on the previous one and continues the overall plot. I'm good with that too.


** I received a free copy of this book from Signal Boost Promotions as part of this review tour. A positive review was not promised in return. ** 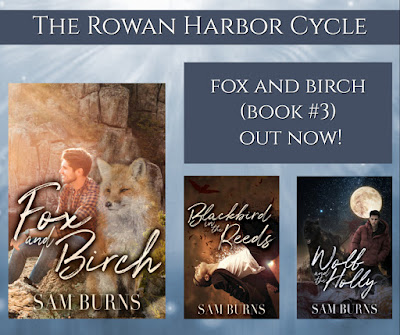