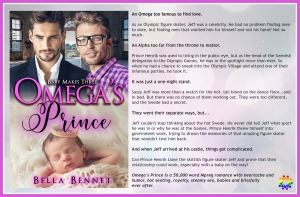 It can be read as a standalone story. 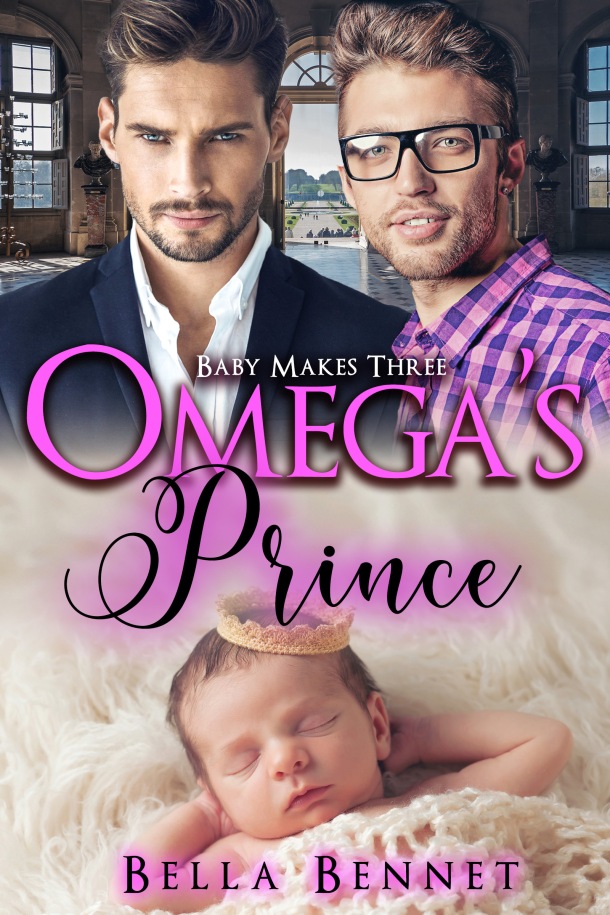 An Omega too famous to find love.

As an Olympic figure skater, Jeff was a celebrity. He had no problem finding men to date, but finding men that wanted him for himself and not his fame? Not so much.

An Alpha too far from the throne to matter.

Prince Henrik was used to living in the public eye, but as the head of the Swedish delegation to the Olympic Games, he was in the spotlight more than ever. So when he had a chance to sneak into the Olympic Village and attend one of their infamous parties, he took it.

It was just a one-night stand.

Sassy Jeff was more than a match for the hot, tall blond on the dance floor ...and in bed. But there was no chance of them working out. They were too different, and the Swede had a secret.

They went their separate ways, but...

Jeff couldn't stop thinking about the hot Swede. He never did tell Jeff what sport he was in or why he was at the Games.

Prince Henrik threw himself into government work, trying to drown the memories of that amazing figure skater that wouldn't text him back.

And when Jeff arrived at his castle, things got complicated.

Can Prince Henrik tame the skittish figure skater Jeff and prove that their relationship could work, especially with a baby on the way?

Omega's Prince is a 50,000 word Mpreg romance with heartache and humor, hot sexting, royalty, steamy sex, babies and blissfully ever after.

THE BLOND GOD was finally standing in front of me. I couldn't keep my eyes off of him, even though I had to because I was going to turn down the other men surrounding me. I was flattered, don't get me wrong. I’m always flattered when a man expresses his interest in me. But there was no competition between the blond god and anyone else in the room. He was gorgeous. Tall, blond, beautiful eyebrows, square jaw and a piercing gaze. I was a goner.

I hadn’t matched with him on Tinder or Grindr, which surprised me. Every athlete, absolutely everyone here in the Olympic Village, had opened up Tinder the second they landed at the beginning of the Games. And I'm pretty damn sure I would've matched with this guy because he was everything I was looking for. I couldn't tell what country he was with but the I think that flag on his shirt was for one of those cold countries. What did it even matter? If I was lucky, I was going to get pillaged by a Viking tonight. It was gonna be my own little Viking invasion.

“Hey, sailor." Oh my god. I can't believe I just said that. How stupid did that sound? Like I couldn't have said anything else, anything else at all? Some more men had come up to talk to me. One had even tried to cut in front of the blond god. And I say try because the blond god stuck his left arm out and pushed him aside. That was the hottest fucking thing I had seen. Shivers crawled up and down my spine. I could not wait for this man to get his hands on me.

“Hey, I’m looking for a port to dock in.” He smirked at me with an amused look. His accent was so hot I damn near came in my pants. I'm pretty sure the astronauts in space could see my dick, it was so hard. I hadn't gotten this turned on this fast since puberty. And that's when anything set me off. Can I say that I fell in love with him a little bit right then, because he took my sailor thing and ran with it? 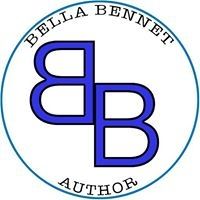 Always daydreaming and making up stories in her head, Bella didn’t write her first novel until 2017. Bella has a Computer Science degree, but that doesn’t hold a candle to her true love of reading. She has a cat, a corgi, hates doing cleaning, and loves playing video games. Bella loves sexy men and a happily ever after romance. Happy reading!