Thanks so much, Sandra and company, for hosting this stop on the Swann’s Revenge blog tour! I’m so happy to share my latest entry in the Dreamspun Desires line of romance-forward, tropey love stories from Dreamspinner Press. Be sure to read to the bottom of the post about how to enter to win a cool unisex leather heart bracelet to celebrate the book tour.

Today I’m sharing an exclusive excerpt from Swann’s Revenge. In this excerpt, Graham has just realized his law partner hired the guy he almost hooked up with after a triathlon. To make matters worse, Dan arrives late for his first day on the job. Graham is irritated. But irritation soon becomes something far more difficult for Graham: it turns out the Dan was the high school quarterback Graham crushed on years before. The worst year of Graham’s life. 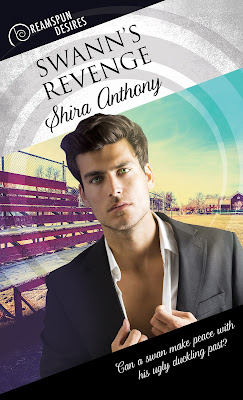 Can a swan make peace with his ugly duckling past?


Chubby geek Jimmy Zebulon’s heart broke the day his high school crush, Danny Parker, looked on as his teammates tormented Jimmy. Fifteen years later, Jimmy is long gone, and from his ashes has risen Graham Swann, a movie-star-handsome law firm owner. Graham thinks Jimmy and his past are long forgotten—until attorney Dan Parker shows up for his first day of work.
Getting injured playing college ball was the best thing that ever happened to Dan. It turned his future in a better direction and allowed him to emerge from the closet that trapped him.

Graham wants to believe his childhood dream can come true, but he can’t bring himself to tell Dan who he really is—and their pasts might ruin any chance for a happily ever after….

“Terri tells me you’re from my neck of the woods,” Dan said and leaned back in his chair.
Graham met Dan’s gaze. The urge to shift in his seat passed as he reasserted control. “Oh? Where would that be?” He made it his practice never to divulge too much about himself. Even Terri, whom he’d met when they were both taking prep classes for the Tennessee bar examination, only knew so much. The past was best forgotten.
“Carletonville. My folks still live out there.” Dan chuckled. “They still go to all the football games at Merrill High.”
Graham pretended the name hadn’t made his stomach drop into his feet. The back of his neck felt cold and clammy. “How nice,” he said evenly. “Did you play?”
“I did. But that was a long time ago,” Dan said with a sigh and shake of his head. “A different lifetime.”
“I see.” Graham glanced at his watch. He needed to end this interview soon or he’d lose his composure.
Fortunately, Dan got the message and stood. “I’m probably keeping you from something. I’m sure we’ll have more time to chat later.”
“I’ll have my assistant set up a few hours for us to go over strategy tomorrow morning.” Graham smiled and added, “Good to have you aboard.”
“Thanks again.”
Graham watched Dan leave, all the while struggling to keep his discomfort from showing. Dan closed the door behind him and Graham let out a long breath. How had he missed it before?


The Invincible Danny Parker. North Carolina All- State Quarterback of the Year. Full ride at Carolina. NCAA All-America Quarterback. A shoo-in for the pros until he tore his ACL in his senior year and had to quit the game.
Graham thought he’d forgotten what it felt like to sit in the mud as half the football team looked on and laughed, but he’d been wrong. All his memories came barreling back, and with them the pain and humiliation of fifteen years before.
The day after, he’d quit the band. When his mother remarried in June, they moved to Memphis and he took his stepfather’s name. He grew nearly eight inches his senior year. He put high school and the chubby kid behind him. In college, he learned he didn’t have asthma at all—he’d been allergic to the mold in the Carletonville apartment where he and his mother lived. He started to exercise. His roommate taught him to play racquetball and he started running regularly. He got into shape and learned to imitate the way the popular students dressed. He was accepted into a great law school and never looked back.
Fifteen years before, Jimmy Zebulon, the chubby kid with a face covered in zits, left Carletonville and never returned. Jimmy had moved on with his life. He’d banished the memories and the shame. He’d been absolutely fine.
Until now.
You aren’t that kid. He would never be that kid again. He’d suck it up and he’d do his job. He expected the same from the people he hired. If Dan Parker was as good as Terri said, he’d be fine working with him. There’d be no need for Dan to ever know about the pathetic kid who’d thought Danny was something special. Because Daniel Parker wasn’t special. He was just another high school superstar who became a regular guy with a regular job.
Just like the rest of us.
Graham grabbed the bottle of water from his desk and drank half of it in a few swallows. Relax. Forget about it. Still, his hand shook.
Holy hell. It wasn’t just that he and Dan had nearly ended up in bed—he’d just hired the guy at the epicenter of the worst year of his life! The year he’d realized he was gay. The year he’d had his first crush. The year he’d only recently begun to erase from his memories.


The year James Graham Zebulon had ceased to exist and J. Graham Swann had been born.

I hope you enjoyed the excerpt! Don’t forget to comment on this post to be entered to win the cool “Follow Your Heart Bracelet”! I’ll be drawing a winner on Valentine’s Day at midnight. Happy reading and good luck in the giveaway!


Shira Anthony was a professional opera singer in her last incarnation, performing roles in such operas as Tosca, i Pagliacci, and La Traviata, among others. She’s given up TV for evenings spent with her laptop, and she never goes anywhere without a pile of unread M/M romance on her Kindle. You can hear Shira singing "Vissi d'arte" from Puccini's Tosca by clicking here: Shira's Singing

Shira loves a great happily-ever-after and never writes a story without one. She's happy to write what her muse tells her, whether it's fantasy, sci fi, paranormal, or contemporary romance. She particularly loves writing series, because she thinks of her characters as old friends and she wants to visit them even after their stories are told.

In real life, Shira sang professionally for 14 years, and she currently works as a public sector attorney advocating for children. She's happy to have made writing her second full-time job, even if it means she rarely has time to watch TV or go to the movies. Shira writes about the things she knows and loves, whether it's music and musicians, the ocean, or the places she's lived or traveled to. She spent her middle school years living in France, and tries to visit as often as she can. Shira and her husband spend as many weekends as they can aboard their 35' catamaran sailboat, Land's Zen, at the Carolina Coast. Not only has sailing inspired her to write about pirates and mermen, her sailboat is her favorite place to write. And although the only mermen she's found to date are in her own imagination, she keeps a sharp lookout for them when she's on the water. 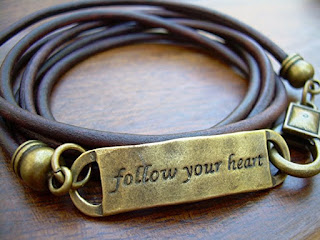 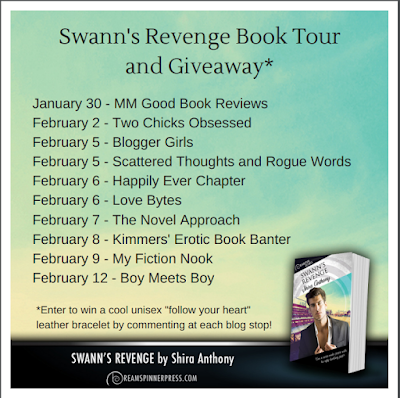