THE LONG LOST by Tom Nixon 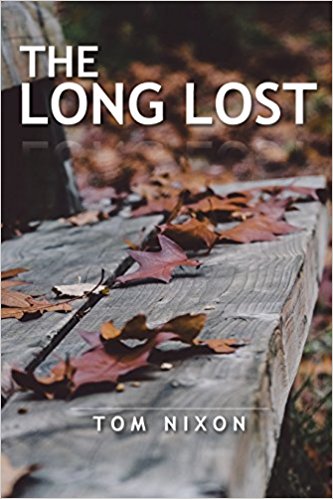 The sudden and strange disappearance of Joel Thomas brings together his ex-wife and best friend in a search for answers. As Mary and Jason seek out the truth, their quest consistently turns up more questions than clues.

In another time, the story of a long-time group of college friends plays out across 30 years of history, revealing the highs and lows of a group that vowed to maintain their friendship until death. Is the answer to Joel’s mysterious departure found in a simple note sent to Mary, or is it locked somewhere back in time?


Told in alternating voices and timelines, Nixon’s The Long Lost tells a story of both intrigue and suspense — along with sentimentality and introspection — as he examines the painful discoveries realized when childhood friends grow up…and grow apart.

EVERYBODY knows someone like Joel Thomas.
I once heard someone describe him as the man who was friendly with everyone...but friends with no one. Which isn’t exactly true. It’s not that he was particularly at odds with any one person, or even that he was standoffish. It’s just that, when it came to having meaningful, deep friendships or relationships, there was nobody you could point to and say, “Those two are very close.”
But yet, there he was. Joel was at every party...every night out...every group outing. He seemed to like sports, the arts, movies, TV, pop culture. He knew a little bit about everything, so he always seemed to fit in, no matter what the occasion. But you were hard-pressed to say why, if asked.
Joel was married for a little more than 16 years to Mary, a woman he met in college during his study abroad program. They never had kids, but they did acquire the obligatory dog and 2,500-square-foot ranch in the suburbs. It was a normal life, if unspectacular. But that was Joel. Normal, sure. But unspectacular. A man that was seemingly liked by all...but loved by nobody in particular.
It would be a shock, then, when Joel suddenly disappeared.
I got the call around 7:30 that night. Mary seemed put off, but not frantic. I can’t tell you why I remember her demeanor in that way, only that it seemed significant at the time. Was I expecting the reaction an actress might have on a bad primetime cop show? I don’t know. Then again, Mary was Joel’s mirror image in some ways, so a subdued (though, certainly distraught) state of mind wasn’t entirely out of character. Still, it just seemed...different. Different than what I’d suspect, but I wasn’t sure if it was meaningfully different, or just different.
And I can’t claim to have been in the proper state of mind to be a judge of such things. Not that night. It’s a strange thing when you get “the call.” Or, in the movies, it’s the knock on the door. If you’ve never been so unfortunate, you’ll know when it happens. I’ll never forget watching my dad get the call when grandpa died. I’d never seen my old man cry before. It was jarring. It was a shock, to be sure...but grandpa was 84, and with a history of heart problems.
There’s a part of you that expects it...one that has been waiting for such a call. There’s another part of you in paralyzing shock. And there’s this weird part of you that starts immediately and reflexively having the sort of reaction others might expect you to have. Like you’re the one on the TV show. Call it, macabre exhilaration? This is happening. It’s horrible. But it’s excitement, in a sick sort of way. All of those parts of you begin an instant quarrel inside of you for supremacy, and it’s not until several hours, days or weeks later that reality sets in, and you hate yourself for feeling anything other than grief.
“Jason? Hi, it’s Mary. Sorry for calling so late.” A long, pregnant pause. “It’s Joel.”
Shit. Those words rang out like a shotgun in the open prairie air. It’s Joel. Whatever came next, I knew it wasn’t good. I immediately hunched down into a chair at the kitchen table. I’m not sure if I said anything, let out a self-defeated groan, or just waited in stunned silence for Mary to continue.
“It’s Joel. He’s not answering.”
“Not answering what?” I asked, now grasping to a lifeline of hope. Maybe I got ahead of myself with needless worry.
“Anything,” Mary responded, immediately sucking the wind out of my hopeful sails. “The phone, texts, the door. Normally I wouldn’t worry. We sometimes go weeks — maybe months — without talking. In fact, we usually do.”
“So what’s the worry?”
Mary paused. I could tell there was a “next part” that she didn’t want to get to. But she gave in. “It’s not normal.”
“What’s not?” I pressed.
“To get something in the mail.”
“What something? Something in the mail? From who? What was it?”

Another long pause.
“From Joel.”
“Mary, what are you saying? What the hell happened? Spit it out.”
Mary started slowly and softly, building both pace and volume as she continued. “I’ve been trying to get ahold of Joel for a few days. We got a strange tax thing in the mail, and it didn’t seem to make any sense, so I scanned it over to Joel last week. Followed up with a phone call. No answer. Then the texts. Nothing.”
“Yeah…” I needed her to get to the point.
“So I stopped by a couple days ago. No answer at his place. His car was there, though. I kinda poked around a bit, peeked in some windows...nothing. So I called the office. They said he’s on vacation. So I started to calm down...didn’t think much of it.”
“There ya go,” I reassured her. “He’s probably just out of the country or something. No cell service, ignoring emails and stuff.”
“That’s what I thought,” she continued. “Then I got this in the mail.”
“What?”
“A note. In a box. Like a cardboard shipping box. It looked more like a parcel at first, with no return address. But it was light...like a letter, you know? I opened the box, and there was just this note in there.”
“Yeah?”
“Jason. It was Joel’s handwriting.”
“So? What did it say?”
And now, the longest, most silent, pause.
“Mary, what did the letter say? Read it to me.”
“Read it to you?”
“Yes! Read it to me!”
“No need to read it...I have it memorized...it was only two words.”
“Mary, what the hell did the letter say?”
A shorter pause. A softer voice. A slower pace. Finally, Mary got to the point.
“Tell Jason.” 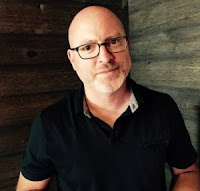 Tom Nixon is an author and entrepreneur with writing credits to his name that span artistic genres. He has written multiple novels, two screenplays, several short stories, a children’s story, and has five music albums in his catalogue, for which he wrote both music and lyrics. He discovered his passion for writing and reading at an early age, going on to earn a Bachelor of Arts degree in English from the University of Michigan. He resides in Michigan with his wife and children, along with a couple of the canine variety.

His latest book is the suspense novel, The Long Lost.