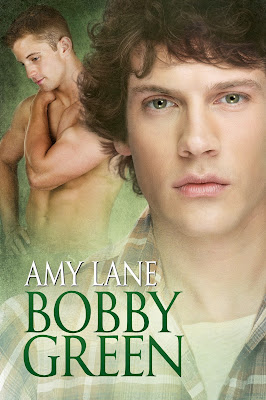 Vern Roberts couldn’t wait to turn eighteen and get the hell out of Dogpatch, California. But city living is expensive, and he’s damned desperate when Dex from Johnnies spots him bussing tables.

Reg Williams likes to think he’s too stupid to realize what a shitty hand life dealt him, but Bobby knows better. What Reg lacks in family, opportunity, education, and money, he makes up for in heart. One fumbling step at a time, they connect, not just in their hearts but in their bodies, where sex that’s not on camera, casual, or meaningless, becomes the most important thing in the world.

But Reg is hampered by an inescapable family burden, and he and Bobby will never fly unless he can find a way to manage it. Can he break the painful link to his unrealized childhood and grow into the love Bobby wants to give?

Why Vee Voted for Tr*mp

My mother and my stepmom’s cousin have never met each other, stepcousin has never visited the mental care facility where my biomom lives—but they do share one little problem.

They’re both suffering from extreme paranoid schizophrenia—and yes, it does affect their politics.

Their brains are not reliable places. I mean, everybody has their subjective little bubble, but in their case, the incessant whisperings, the uncomfortable shifting of their reality to actual reality, all of it leads them to believe that they are the ones who know what’s really going on and the rest of the world is oblivious.

So here you have people whose unreliable brain chemistry leads them to believe that “someone’s out to get them.” And then you have a political regime and a propaganda machine that continuously reinforces the idea that they’re right! People who aren’t cis, straight, and white are out to get you! So all the racists and bigots really know what’s going on!


“He really knows what’s going on!”

Their brain chemistry, vulnerable, unreliable, and cruel, has made them susceptible to the most heinous of lies. And not just them, I would hazard. I would imagine that if your brain was whispering that they—they—were out to get you, then having the people on television say pretty much outright that they are out to get you, it would be the sweetest of validations.

Nobody wants to be crazy. Nobody wants to be reality impaired. It’s an insult to every rule of free will and adulthood we’ve built up in society to believe that someone else has the upper hand in our perception of what’s real and what’s right. To have the television people tell you that you’re right, they’re out to get you, and the irritating family members who keep telling you to take your medication are wrong—God, that’s sweet right there. That’s addictive. You’re right, they’re wrong, and you’ve got the politician on a pedestal to prove it.

Of course it’s terrifying. (And it explains a lot about the last year—I’m not going to lie.) But it’s also terribly, sadly, tragically true.

She’s a grown woman who used to look after her little brother. She was the grownup, but her own brain betrayed her. She’s not the grownup anymore, and everybody keeps telling her it’s her fault. The doctors, her brother, his friends—oh God, did she really just do that in front of her brother’s handsome friends? She’s embarrassed. She’s humiliated. She doesn’t have control over her own brain and nothing she does—even with the medication—makes that better.

And when she watches the television it tells her that someone is to blame. Oh God, someone else to blame. A way to believe that she’s not permanently irretrievably broken. Please, can there be some way--besides the medication that muffles the fundamental basis of who she is—can there be some way for her to be in control of her own brain?

The television tells her it’s all their fault. The politicians tell her this, because it makes her one more shrill voice in the chorus that deafens the reasonable.

There is so much humanity and potential in the people who have been branded mentally ill.

There is so much potential for violence as well.

The previous books in this series are currently available on sale through Feb 14, 2018.

Amy Lane is a mother of two grown kids, two half-grown kids, two small dogs, and half-a-clowder of cats. A compulsive knitter who writes because she can't silence the voices in her head, she adores fur-babies, knitting socks, and hawt menz, and she dislikes moths, cat boxes, and knuckleheaded macspazzmatrons. She is rarely found cooking, cleaning, or doing domestic chores, but she has been known to knit up an emergency hat/blanket/pair of socks for any occasion whatsoever or sometimes for no reason at all. Her award-winning writing has three flavors: twisty-purple alternative universe, angsty-orange contemporary, and sunshine-yellow happy. By necessity, she has learned to type like the wind. She's been married for twenty-five-plus years to her beloved Mate and still believes in Twu Wuv, with a capital Twu and a capital Wuv, and she doesn't see any reason at all for that to change.