In today's post, we're looking at Shadows Fall and a free short story, The Gift, plus five little-known facts about the author. There's also a chance to win one of her books. 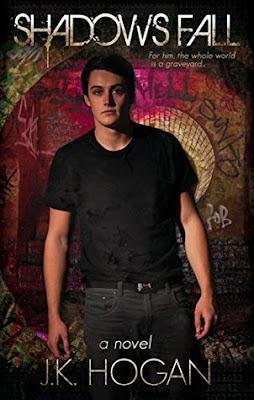 For him, the whole world is a graveyard…

A gift—or curse—gives Titus McGinty the ability to talk to ghosts. He doesn’t want it, he only wants to be left alone to run his small coffee shop in the city. When Titus starts seeing the same few ghosts over and over, appearing with similar gruesome injuries, he begins to wonder what they want from him.

Detective Charlie Hale has a serial killer on his hands. On the loose for weeks, the Queen City Slayer has left the police nothing to go on, no forensic evidence other than what he wants found. The city is running out of time.

The crisis brings Titus and Charlie together, each offering the other a port in the storm. Then Titus stumbles upon a body and becomes embroiled in the investigation. He tries to use his ability to help but instead becomes a suspect himself. Their budding romance is tested as they are sucked into a web of underground laboratories, restive spirits, and religious fanaticism. They’ll have to work together to find the identity of the killer, who is preparing to take his next victim…Titus. 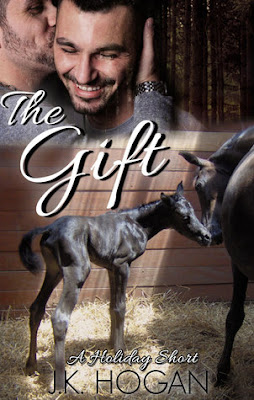 Rush Calder has inherited a ranch in the mountains of Tennessee after the death of his brother. His prize Arabian Dinah is about to give birth, and a storm has set her loose on Christmas Eve. He must seek help from ranch foreman and surly biker-turned-cowboy Miller Frost to get her and the foal through the night.

Read it for free here!