Blogtour: The Preacher's Son by Lisa Henry and JA Rock

by Lisa Henry and JA Rock

​Jason Banning is a wreck. His leg’s been blown to hell in Afghanistan, his boyfriend just left him and took the dog, and now he’s back in his hometown of Pinehurst, Washington, a place that holds nothing but wretched memories…and Nathan Tull. Nathan Tull, whose life Jason ruined. Nathan Tull, who will never believe Jason did what he did for a greater good. Nathan Tull, whose reverend father runs the gay conversion therapy camp that Jason once sought to bring down—at any cost.

Nathan Tull is trying to live a quiet life. Four years ago, when Nate was a prospective student visiting UW, his world collapsed when senior Jason Banning slept with him, filmed it, and put the footage online. A painful public outing and a crisis of faith later, Nate has finally begun to heal. Cured of the “phantoms” that plagued him for years, he now has a girlfriend, a counselor job at his dad’s camp, and the constant, loving support of his father.

But when he learns Jason is back in town, his carefully constructed identity begins to crumble. As desperate to reconcile his love for God with his attraction to men as Jason is to make sense of the damage he’s done, Nate finds himself walking a dangerous line. On one side lies the righteous life he committed himself to in the wake of his public humiliation. On the other is the sin he committed with Jason Banning, and the phantoms that won’t let him be. But is there a path that can bridge those two worlds—where his faith and his identity as a gay man aren’t mutually exclusive?

And can he walk that path with the man who betrayed him?

Jason saw Nathan as soon as he stepped out of his car. Nathan had been walking toward the office building, but stopped when he spotted Jason. Jason wouldn’t have been surprised to see him suddenly topple like one of those fainting goats. Then, he seemed to recover, and began to walk forward again.

“Can I help you with anything?” he asked, as though Jason was a stranger.

Jason resisted the temptation to look him up and down slowly. Pretty sure if there was a God, it was His idea of a joke to make Nathan Tull so damn fuckable. No starched shirt or ruthlessly gelled hair today. Nate wore a blue T-shirt that showed off tanned arms. His sandy hair was almost shaggy, the ends curling at his ears. His lips were parted slightly; clear hazel eyes met Jason’s.

Something flashed in Nate’s gaze. “I can’t imagine why.”

Nate regarded him warily. He squinted slightly in the sunlight. “To apologize for what?”


“For what I did to you,” Jason said. Face to face, the words were coming harder than he’d thought, each one threatening to undermine something inside him. He was afraid he’d trigger an avalanche if he had to look Nate in the eye for much longer. “I shouldn’t have used you just to get at your father. At this place.”

“You don’t need to apologize to me.” Nate stepped closer. “You didn’t force me. It was my own weakness that brought me to that point.”

“Weakness?” No, Nate had been strong that night. Brave as shit.

“I should thank you.” Nate rubbed the back of his neck. “You did me a favor. You made me see that I needed the Lord’s guidance and forgiveness. I’m a better man now than I was then.”

“Are you a happier man?” Jason asked sharply.

“Liar.” Jason stepped forward, ignoring the pain in his leg.

Nate stared at him, his chest rising and falling rapidly. 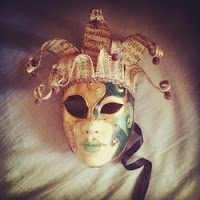 She attended university at sixteen, not because she was a child prodigy or anything, but because of a mix-up between international school systems early in life. She studied history and English, neither of them very thoroughly. 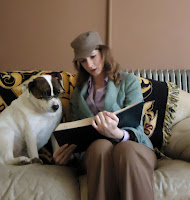 J.A. Rock is the author of over twenty LGBTQ romance and suspense novels, as well as an occasional contributor to HuffPo Queer Voices.

J.A.’s books have received Lambda Literary, INDIE, and EPIC Award nominations, and 24/7 was named one of the best books of 2016 by Kirkus Reviews.


Win 1 of 3 e-copies of any Lisa Henry or JA Rock back catalog book! Open Internationally.