Thanks for joining me on my book tour! I’m Quinn Anderson, author of the Murmur Inc. series, and I’m here to share some inside information about On Solid Ground, coming out New Year’s Day, 2018. Stay tuned to hear about the inspiration for this novel, get some fun facts, and learn more about the characters. Leave comments on the tour posts for a chance to win a $10 Riptide Publishing gift card! 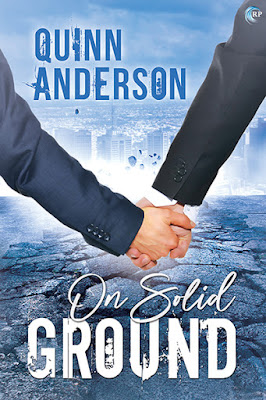 To celebrate the release of On Solid Ground, one lucky winner will receive a $10 Riptide gift card! Leave a comment with your contact info to enter the contest. Entries close at midnight, Eastern time, on January 6, 2018. Contest is NOT restricted to U.S. entries. Thanks for following the tour, and don’t forget to leave your contact info!