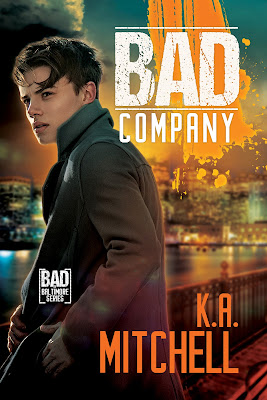 Some things are sweeter than revenge.

"I need a boyfriend."

Hearing those words from his very straight, very ex-best friend doesn't put Nate in a helpful mood. Not only did Kellan Brooks's father destroy Nate's family in his quest for power, but Kellan broke Nate's heart back in high school. Nate thought he could trust his best friend with the revelation that he might be gay, only to find out he was horribly wrong and become the laughingstock of the whole school. Kellan must be truly desperate if he's turning to Nate now.

Kellan's through letting his father run his life, and he wants to make the man pay for cutting him off. What better way to stick it to the bigot than to come out as gay himself--especially with the son of the very man his father crushed on his quest for money and power. Kellan can't blame Nate for wanting nothing to do with him, though. Kellan will have to convince him to play along, but it's even harder to convince himself that the heat between them is only an act…

K.A. loves to hear from her readers. You can email her at ka@kamitchell.com. She is often found talking about her imaginary friends on Twitter.

Find out more on her website or her blog. Her plot bunny farm lives on Tumblr.