A Cop For Christmas - Amazon US | Amazon UK 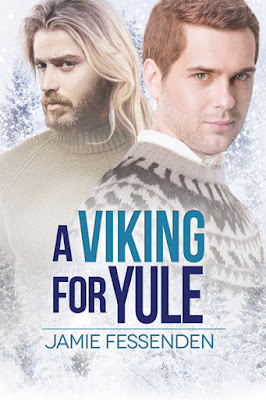 AFTER SAM'S GRANDFATHER nearly died in a blizzard one year ago, Sam has panic attacks in snow storms. So where does his friend Jackie propose they spend the holidays, as the last stop on their trip around the world?
Iceland. Of course.

But there's more in Iceland than snow. When Arnar, a handsome Icelandic man, offers to escort Sam on a several-day tour of the beautiful countryside, they soon find themselves drawn to each other. But Arnar is firmly rooted in his native soil, and Sam has to return to the US in a week to care for his ailing grandfather. 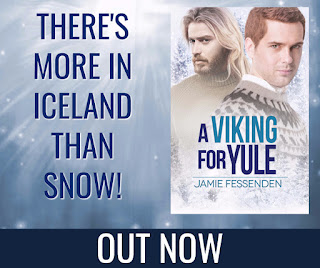 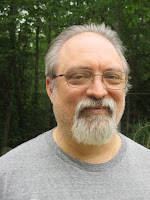 Jamie Fessenden is an author of gay fiction in many genres. Most involve romance, because he believes everyone deserves to find love, but after that anything goes: contemporary, science fiction, historical, paranormal, mystery, or whatever else strikes his fantasy.

Jamie Fessenden set out to be a writer in junior high school. He published a couple short pieces in his high school's literary magazine and had another story place in the top 100 in a national contest, but it wasn't until he met his partner, Erich, almost twenty years later, that he began writing again in earnest. With Erich alternately inspiring and goading him, Jamie wrote several screenplays and directed a few of them as micro-budget independent films. He then began writing novels and published his first novella in 2010. After nine years together, Jamie and Erich have married and purchased a house together in the wilds of Raymond, New Hampshire, where there are no street lights, turkeys and deer wander through their yard, and coyotes serenade them on a nightly basis.

Jamie recently left his “day job” as a tech support analyst to be a full-time writer.