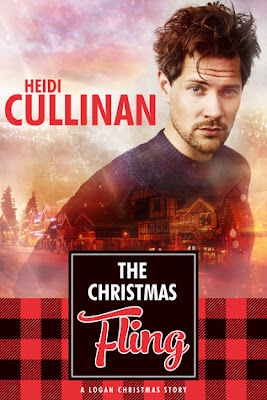 
Eccentric, reclusive, socially awkward project designer Evan Myles doesn’t date. Paying for sex with professionals is so much more efficient and suits his needs well enough. But when he’s on assignment in rural Logan, Minnesota, for the Christmas Town project and a handsome stranger at the bar catches his attention, Evan decides it’s time to break his rule. It doesn’t matter that he’s never so much as flirted before. It can’t be that hard, can it?

Davidson Incorporated lead architect Terry Reid hasn’t been hit on so clumsily in his life. Terry’s the first to admit he’s a neurotic Prince Charming, and he’s kissed his share of male and female frogs, but he’s never met anyone quite like Evan Myles. Evan calls Terry by the wrong name, mistakes Terry for a simple construction worker, and picks apart his work as an architect. Despite this rough start, Terry is lured by the brilliance of Evan’s ideas, his quirky personality, and once they’re alone in Evan’s cabin, the man’s mad skills in bed. Yet Terry knows it takes more than a single night of passion to make a relationship work, and after so many failures, he’s just not ready to try again.

Evan and Terry’s path is strewn with stones neither of them can dislodge. Fortunately, they’re not alone on the road to romance. They’re in Christmas Town, home to matchmakers, meddlers, and more “fairy godfathers” than they could possibly know what to do with.

I am going with 3 stars for this book because:

~ I love Heidi Cullinan's work and writing style; she's a master of prose.

~ Both MCs, while not necessarily likable or easy to relate to, were complex and utterly real.

~ I really liked the Minnesota Christmas series and enjoyed visiting with the happy couples (except the whole Arthur/Gabriel/Dale situation, which I'm pretending doesn't exist *la la la I can't hear you* because way to fuck with a HEA).

~ The ending was kind of adorable, if a bit abrupt (I never got a good sense of Terry and Evan as a couple).


I have five-starred TEN of Heidi's books (and four-starred numerous others), but The Christmas Fling was definitely not my favorite.

It took me days to get through this (relatively short) novel. I couldn't relate to either of the main characters. Plus, the "misunderstanding / deception" plot went on for WAY too long and wasn't entirely believable to me.

because the weird pseudo dub-con setup, forced enema, and humiliation aspect—in the context of a hook-up with two strangers, particularly when one of them is withholding information from the other—made me slightly uncomfortable.

And I'm a perv, you guys, so that's saying something.

I'm sure this book will find its audience, but sadly I was totally let down. Trust, no one's more disappointed than me. I had to eat my weight in latkes to numb the pain.