Today we're going to take a look at The Ghost Slept Over and Desert Run, both with excerpts. We also have five little-known facts about Marshall, plus a chance to win one of his books.


First up, The Ghost Slept Over 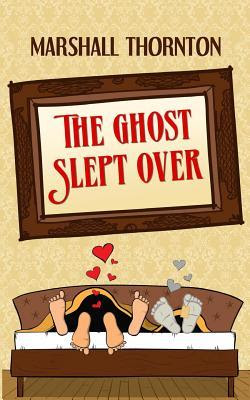 When failed actor Cal Parsons travels to rural New York to claim the estate of his famous and estranged ex-partner he discovers something he wasn't expecting...the ghost of his ex! And, worse, his ex invites Cal to join him for all eternity. Now. As Cal attempts to rid himself of the ghost by any means he begins to fall for the attractive attorney representing the estate. Will Cal be able to begin a new relationship or will he be seduced into the ever after?


I woke at dawn, still dressed in the clothes I’d flown out from Los Angeles in. I had stumbled into the shower, turned the water on as hot as I could stand, and was trying to understand Mac’s very expensive cleansing system; scrubbers, exfoliants, rejuvenators, conditioners, and plain old cleansers; which were for skin and which were for hair and in what order—when I remembered the dream. It was annoying. In the dream, I’d been almost glad to see him. And I didn’t want to be glad to see him. Too much had happened. Of course it doesn’t matter, I told myself. Mac was dead. I’d never see him again. And I had all his stuff. Maybe it was time to forgive and forget. Or at least forget.

I slid the glass door open, thinking again how nice the bathroom was and that it was really too bad I’d be selling it. Of course, I could buy myself a condo in Los Angeles. Maybe I’d look for one with a marble bathroom just like this one. Or maybe I’d have a bathroom done up this way. Pictures might be a good idea. I should take some. I wrapped a plush towel around my waist, and was about to go look for my phone when I looked up and there was Mac standing in the bathroom doorway.

“Oh shit,” I said. I hadn’t gotten the towel completely tucked and it dropped to the floor.

With a leer, Mac said, “The years have treated you well, Cal.”

“Except you’re not dead. You’re here. Right there. Goddammit! I knew it. This is some kind of vicious joke, isn’t it? I’m being punked. Are we on a reality TV show?”

“Well, if we are, you’re going to spend a lot of time being blurred out.”

I grabbed the towel off the floor and tucked it tightly around my waist. “You do realize there’s no way in hell I’m signing a waiver. You’d better go get the producer. We need to have it out.”

After eyeing him suspiciously, I said, “I’m not?”

“Then what is this? You’re not dead. Why are you pretending to be dead? Are you in trouble with the mob?”

“Why would I be in trouble with the mob? Dewey told you how much money I—”

“Maybe it’s their money. They’re going to want it back aren’t they?”

“Me. You’re the one who just showed up…not dead.” 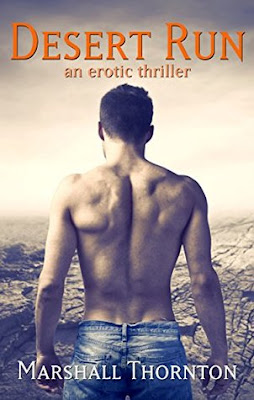 Palm Springs, 1973. Don Harris is a piano player on the run after killing a Chicago mobster's son in a bar fight. On the lam, he meets a pretty blonde girl in town for a convention. He lets down his guard and spends the night with her only to discover she's the younger sister of his best friend all grown-up. Foolishly, she tips her brother off to Don's location, and he's on the run again, hoping to find a safe place to land.

Out of money and desperate, Don accidentally walks into a gay bar where he allows a kid named Harlan to pick him up so he'll have a place to stay. As the mob chases them, Don begins to fall for the kid, putting them both in harm's way. Harlan has problems of his own, and Don knows he shouldn't get involved but he can't help but step in when Harlan gets in trouble. To save himself, Don's got to save Harlan.

Getting up from the bar, I walked over to the pool table. I put a dime on the side and then scratched my name onto a small blackboard stuck on the wall. I’d played pool a lot while I was in the service. I wasn’t great, but maybe I was better than these guys. Maybe I could even get a couple side bets going. It was a risk, but then what about my life wasn’t?

I went back to the bar and waited with my beer. I tried to sip slowly, but that didn’t work so well. I was nearly finished. A kid at the end of the bar got up and put a dime down beside mine. He had a head of black curls floating around his ears and looked like he’d been drawn by Michelangelo—if Michelangelo had ever drawn a boy in gym shorts, a T-shirt two sizes too small, striped socks, and running shoes. He couldn’t have been much more than twenty, twenty-one. His face was round with his nose plopped in the middle like a dab of clay on a statue. His eyes were a deep sea blue. He was tall, a good four inches taller than me, at least. Which didn’t mean I couldn’t take him in a fight if I had to.

It was my turn to play, and I was matched against an older guy in his thirties named Denny. Denny wore a wife-beater and a pair of Levis. He had on big, black motorcycle boots. But I didn’t remember seeing any bikes out front. I introduced myself and suggested the loser buy the winner a beer. I figured I’d work it up to money later, if I turned out to be a shark. If I didn’t, at least all I’d lost was the cost of a beer. Denny accepted the challenge, and ten minutes later he was at the bar buying me a beer.

The kid with the curls came over to take his turn. “I’m Harlan,” he told me. “What’s your name, man?”

“You wanna play for like a beer or something?” I suggested.

“Make it a shot,” he said. I liked that he upped the ante.

As challenger, Harlan took the break. He left the rack in a clump, not managing to land a ball. I picked off a solid and we were on. He didn’t seem all that different from the guys I was in the Army with. I mean, there was nothing about him that said he was a queer. He could have been a guy from anywhere. Maybe he stood a bit too loosely. Maybe he didn’t think so much about being tough. And yeah, maybe he spent a bit too much time looking at my ass. But other than that, you’d never know.

I wasn’t playing well, and yet I managed to beat him. After I sank the eight ball, he asked what kind of shot I wanted.

“Jack Daniels,” I told him.

The shot burned as it went down, but felt good. I played a guy in his fifties for a beer. He thought he was good, even brought his own pool stick. I worried for a minute my run might be over, but I got lucky when he sank the eight ball with two of his solids still on the table. While we were playing, Harlan put another dime on the table.

“Back for more?” I asked, while I racked up the balls. He nodded.

“What should we play for this time?” I asked.

“How about a shot and a buck?” I didn’t want to hike it too fast. He’d get suspicious.

But then he went and did it for me. “A shot and five bucks.”


Thanks for celebrating this fantastic author with us. Come back next week for more of Marshall's books, a favorite recipe he wants to share with you, and another chance to win. Until then, happy reading!