In today's post, we will take a look at Memorizing You and The Bible Boys. We also have five little-known facts about Dan, plus another chance to win one of his books.

First up, Memorizing You 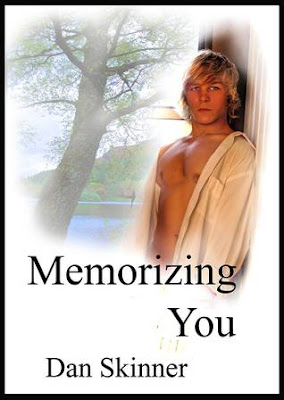 Two high school boys from different walks of life: Ryan, a handsome athlete, and David, an average joe from a blue collar family, discover their desires, stealing their kisses under the cover of an old oak at night. Their love begins a secret life, hidden from their families, friends, and classmates. As their passion grows, so does the danger of their discovery. Their only hope is to create a separate world where every kiss is a treasure and every moment... memorable.


The magnificent “event” that changed everything began with a hand. The simple sight of a hand. To this day I can’t forget the exquisite beauty of that hand. Like a Michelangelo painting. It held a number two yellow pencil over a spiral notebook filled with almost perfect writing. The other hand traced words over a seventh grade American History book. I remember the olive-skinned hand now as if it’s bathed in luminous sunlight, even though I knew it couldn’t have been since the windows were to the back of the classroom.

But that hand mesmerized me. Made me look at my own and wonder why it wasn’t as perfect. I studied those flawless fingers diligently holding the pencil, the way it moved across the paper. And it seemed to me, at that moment, there was nothing on earth that had greater beauty.

And it was then I noticed something completely different in me. Some kind of sensation of longing and need. I felt instantly hot all over, sensed droplets of sweat in my hairline. They trickled to my collar with each heavy drumbeat of my heart. My mouth went dry. I wondered, “What is this? What is this feeling? What is this fascination?”

I’ve no clue how long I sat hypnotized. I just remember the spell was broken when he turned to look at me with those bright brown eyes…and smiled. The smile that changed everything. The smile that I can remember more than forty years later with concise clarity. 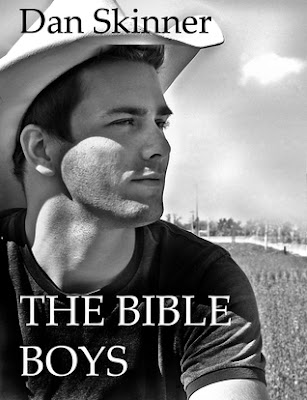 A Sin. An Abomination. Teenagers Caleb and Matthew had been told by the radical fundamentalist church that dominated their families' lives that a love like theirs—between two boys—was unnatural and forbidden. That it would damn them forever. The religion controlled their families like puppets, watched their every move, made keeping a secret almost impossible. They had only one chance to be together...and it would be a daring one right under the noses of the very people who would condemn them...


Quietly, they made their way out of the horse barn into the night. The air seemed to be a bit fresher and cooler outside, but not by much. Caleb led him to the corral. Perseus was already waiting. Caleb’s free hand found his nose, then dropped to the gate and opened it. Matt followed him in. The horses stirred and watched, but stayed in place. Only Perseus pressed next to his master as he closed and locked the gate behind them.

Walking forward, Matt could tell they were heading toward the pond. While they were still several feet from it, Caleb handed him the lantern. Matt took it and watched as he strode toward the water with the animal. A couple feet from the edge, Caleb shed his underwear and walked naked into the pond with the horse. He waded in chest deep.

Moon and starlight framed them in an incandescent glow as he took cupped handfuls of water and poured them over the head of the animal. Perseus made noises of enjoyment.

The sight mesmerized Matt. He’d never seen anything like it. Caleb pressed his head against the horse’s and then touched its leg. The horse seemed to bow. Caleb grabbed it by the neck and hoisted himself upon its back and lay down on him. His hand stroked the side of its face, lovingly. Matt thought it was the most incredible thing he’d ever witnessed.

He was only briefly distracted by a falling star streaking across the sky. All these sights he would have never been exposed to had he remained in the city. He was glad he’d come. That Caleb had insisted on it.

He saw Caleb’s hand tug on Perseus’s mane. The horse turned and walked back toward the bank. The young man slipped off and patted him lovingly. The animal leisurely walked off to the side to sleep with the other horses.

Caleb retrieved his briefs and slipped back into them as he joined Matt where he was waiting with the lantern and sat next to him. They both stared off into the night.

After a few moments, Caleb said in a low voice; making certain it wouldn’t carry back to the barn, “Isn’t this great?” Matt agreed.

“Out here you don’t have to have someone tell you what’s natural and what isn’t. It just comes to you. You know? It’s okay to be different. To grow into whatever you’re supposed to grow into without someone trying to change you into something else. To force you to fit into their mold.”

He didn’t know why, but Matt could sense those words contained the truth of the universe.

“You’ve never had vacations with your family, have you?” Caleb asked.

“No. We never had enough money.”

“You’re not very close to your pop, are you?”

“No,” Matt’s sorrowful tone said everything his one word answer didn’t.

“Your dad doesn’t let you do much does he?” His silence answered that question.

“And you have no real friends in the church.” That was more of a statement than a question. He didn’t respond. Caleb had seen how the others treated him. “Your pop is real strict? You’ve had a lot of whuppins?” A fortuneteller couldn’t read him any more clearly. It made him sad that he could be read with such clarity.

Caleb picked up a stone from the ground and skimmed it across the surface of the pond. It woke a few horses that made noises of protest against the sound. “The guys don’t like you because you make them feel inferior,” he said. That statement surprised Matt. He turned to look at him and found Caleb leaning back looking at the stars. “What?”


He turned to face him. In the shadows mixed with moonlight, Matt could see the pits of the scars. He looked calm and cooled off from the dip in the pond. His chest still glistened with drops of water.

“Your attractiveness doesn’t intimidate me,” Caleb said, looking into his eyes. “I appreciate the beauty of nature. It’s not anything to run from.” Matt could think of no response. His brain hadn’t wrapped itself around Caleb’s words yet.

“You’ve missed out on a lot, haven’t you?” He asked it like he didn’t expect an answer. As if he already knew it to be fact. How did he know all of this? ”You shouldn’t miss out on anything,” Caleb continued. What was he saying?


1. I cannot stand tight clothing.
2. I chant mantras when I run long distances. "I am strong, fearless and powerful..."
3. I actually do look like a gladiator... I'm very muscular... I just refuse to acknowledge that I intimidate people because of it.
4. I don't like being alone, but I do like living alone... (figure that one out)
5. I don't like pizza. People think I'm crazy.


Thanks for celebrating this fabulous author with us. Come back next week for more of Dan's books, a personal story he's chosen to share, and another chance to win.