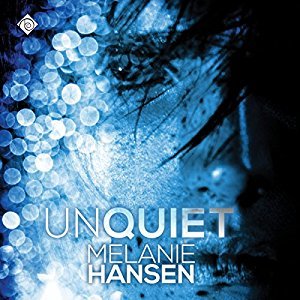 
Loren Smith has been in love with Eliot Devlin almost his entire life. During their turbulent childhood and teen years, Loren didn’t always understand Eliot, and sometimes he could be a challenge, but Eliot was the only one to ever truly ease Loren’s deep loneliness and accept him. When Eliot’s increasingly erratic and self-destructive behavior culminates in a suicide attempt at seventeen, Loren is devastated.

Upon meeting again by chance nine years later, Loren is enjoying a successful career as a police officer while Eliot’s life has been a constant struggle for stability. In and out of mental hospitals, with a rap sheet a mile long, he continues to be buffeted by the twin storms of mania and depression. Loren’s love and protectiveness for Eliot are deeply ingrained in him, however, and their feelings for each other are quickly rekindled.

Loren has issues of his own he’s dealing with, and trying to understand and cope with Eliot’s bipolar disorder isn’t easy. They believe they’re meant to be, and Eliot brings a fulfillment to Loren’s life that no one else will ever match. But as they both come to realize, love by itself can’t cure all.

This one absolutely gutted me...

I don't think I've ever read a book where a couple deserved a 'happily ever after' more. "Unquiet" is the third book in Melanie Hansen's 'Resilient Love' series and I've enjoyed each of these stories so very much but this one...damn, it seriously broke my heart. It's one of the few books where I can honestly say I think I spent at least as much time crying as not. Sometimes it was happy tears...other times not so much.

We first met Loren in 'Signs of Life' book #2 in this series. He's the former boyfriend of Kai, who was one of the MCs in that story and while he and Kai are very good friends who still care for each other a lot. What they share is a strong and secure friendship and they've each moved in. Kai's story was in 'Signs of Life' and at the end of it we were given the indication that Loren was going to go after the man who held his heart.

Loren and Elliot have been friends all their lives and they've loved each other that long. Unfortunately love's course is never easy and when one of the people involved is a cop and the other deals with mental health issues...you see Elliot is bipolar...if you're not familiar with this condition...take a minute before reading this book and remember google is your friend. I was fortunate in that because I've worked in health care for over 15 years, during that time I had the experience of working with several clients who were bipolar and the one thing I know from that experience is that it takes an incredibly strong person to be the partner of someone who's bipolar and it takes an even stronger person to not just survive being bipolar but to thrive, to make a good and productive life for themselves and that's what Elliot wants but it's not easy. It's so far from easy there aren't even words.

There's no perfection between these men they both make mistakes such huge mistakes but it's never done with the intent to hurt the other person. Loren struggles to be the supportive partner that Elliot needs while still trying to pursue his career goals as a police officer. Elliot fights so hard to manage his condition and be what Lauren needs...they both stumble and have to find ways to pick themselves back up and put themselves and their relationship back together...it's heartbreaking, gut wrenching and seriously if you can read this book without shedding tears, without feeling their pain...well, you're a tougher person than I.

I had times when I was frustrated with Loren and Elliot but honestly never was there a point at which I didn't want them to find a way to be together. Melanie Hansen has created two incredibly amazing men in this story...not perfect but strong, resilient men who were willing to do what it took...anything it took to be together because when you love someone whose bipolar..."You're either all in or all out."

All of this was made even more vivid for me with the addition of Michael Stellman's voice narrating this story. He gave such depth and emotion to these men and to the people in their lives allowing me to connect with the story on an emotional level that I'm not sure I would have felt had I just been reading the book. I'm not saying I wouldn't have still loved this book no I think it's more a case of Michael Stellman took a book that I would have loved regardless and simply made it that much better.

An audio book of "Unquiet" was graciously provided by the publisher in exchange for an honest review.